Except Maybe The Beach

Let’s try that again, because really, this is a very exciting post.

I am writing from a small town close to the Cascades.  I’d really like to be writing from San Francisco, because what now seems like an absolute age ago, I took a road-trip there – and I often wish I was still there.  Last night I {finally} put my suitcase back in its spot in the closet.  I {finally} folded and put away all the clean clothes that I’d sent through the washing machine the day that I got home.  They’ve been draped over the dresser staring listlessly at me for the past 5 weeks.  Neither of us wanted me to put them away, because then…then the road-trip would clearly be done.

I still have so much to tell you about what went down in SFO.  Like doughnuts.  An awful lot of doughnuts went down in The City by The Bay.  Aside from hysterical, emotion-induced moments when I go to Krispy Kreme and eat a dozen original glazed doughnuts in one sitting, or the odd (aka one) sojourn to Top Pot for a Maple Bar, it is extremely rare that I eat doughnuts.  Most doughnuts in America that I have tried do nothing for me.  The American “cake” doughnut is a complete mystery to me – they’re just not how a doughnut should be.  I’d rather have no doughnut than a bad doughnut.  Call me a doughnut snob if you will, but in my estimation all cake doughnuts are bad doughnuts.  Doughnuts are raised with yeast; and that’s my final word on the subject.  Don’t even get me started on the travesty that is cooking doughnuts in oil that leaves you with the worst case of palate cling since you ate 13 spoonfuls of peanut butter straight out the jar. 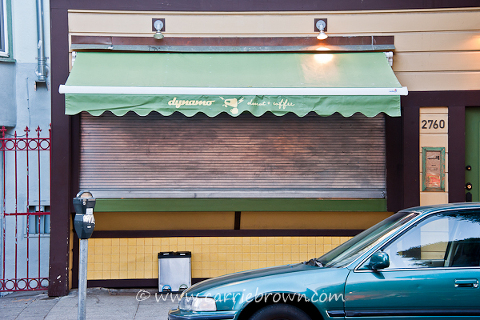 In San Francisco though, there is a doughnut shop.  A doughnut shop that makes nothing but yeast-raised doughnuts.  Doughnuts so fine I would do an 83 mile detour through rush-hour traffic to get some – like I did while driving back to Seattle from Southern California in January.  Doughnuts so utterly splendid that I went twice during the week I was there in April.  Doughnuts so delicious I am going to create a new ice cream flavor in their honor.  Yes.  Doughnuts *that* good.  Doughnuts that deserve an entire post all to themselves.  Unequivocally the most exquisite doughnuts I have ever munched on.

But there’s more.  Customer service like nowhere else.  Dynamo Donuts is The. Bomb.

Donut Day #1 – arrived early to have a donut-fest breakfast.  I rapidly became bereft when I realized that they had not made my favorite Apricot Cardamom Donut that day.  I mean, I had driven 816 miles for a single bite of one of those babies.  I’d been waiting for exactly 109 days.  The staff wept with me.  They put homemade marshmallows in my hot chocolate to console me.  They persuaded me that the Lemon Thyme Donut was a very close runner-up.  Or the hot pink donut whose name I forget but I am sure it had something to do with huckleberries. 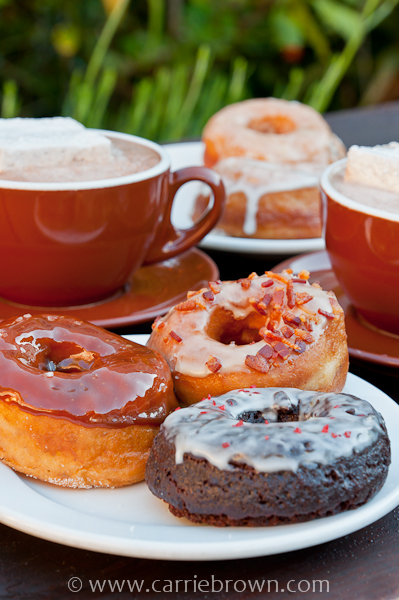 I sat outside on the little patio as the sun started to poke her head into the courtyard.  I can’t think of any better place to eat the world’s best donuts.  Except maybe the beach. 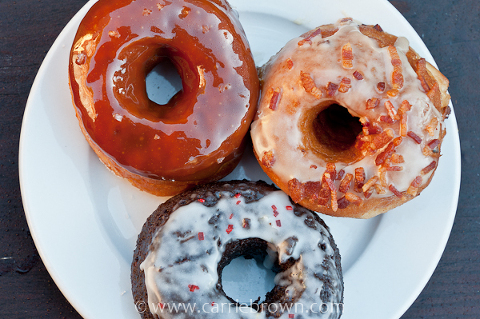 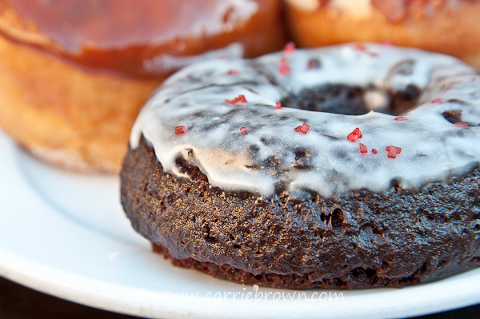 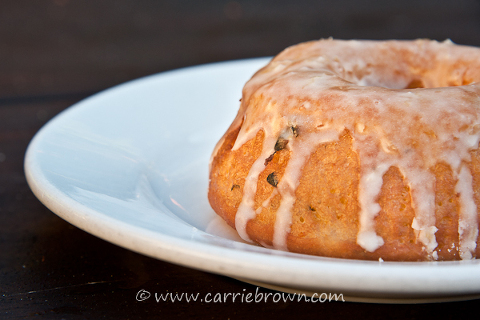 I have to admit, the Lemon Thyme Donut was a close runner-up.  Light and airy with a hint of tangy lemon and gentle thyme undertones.  Soft and spongy inside with a thin, crisp crust to hold it all together, the translucent icing adding a whisper of sugar.  But still, it wasn’t an Apricot Cardamom Donut.

Meanwhile, back in the kitchen, there were intense donut discussions taking place.  They approached me with,  “Can you come back tomorrow?”  I was leaving San Francisco early the next day to start the long trek back to Seattle.  “Can I come at 7 am?”, I countered. 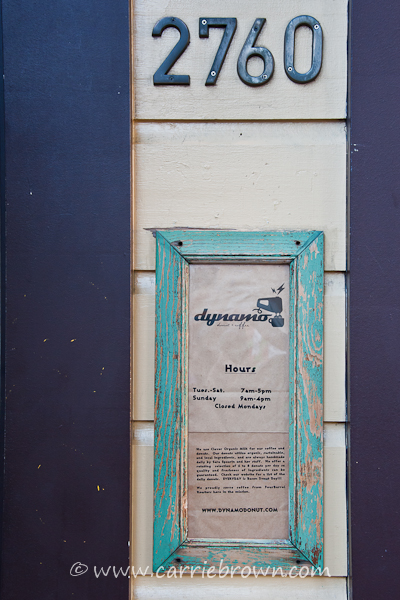 At 6:50 am my new friends arrived, smiling and waving, and whooping across the street.  2 minutes later the shutter was thrown up.  ‘We’re ready!”, they called. 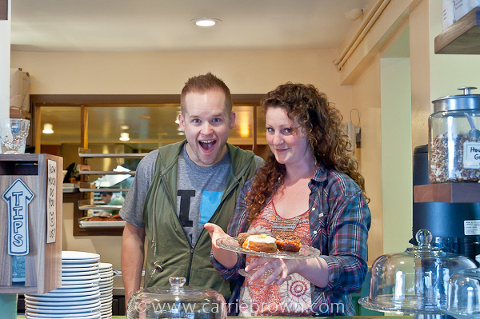 So for the only time in Dynamo history, the Apricot Cardamom Donut was first out of the fryers.  Just for me.  So I could get on the road with my favorite donut.  Tell me…how’s THAT for customer service.

I went to the beach as the sun came up, clutching what would be my last box of doughnuts for a very long time.  It was awesome. 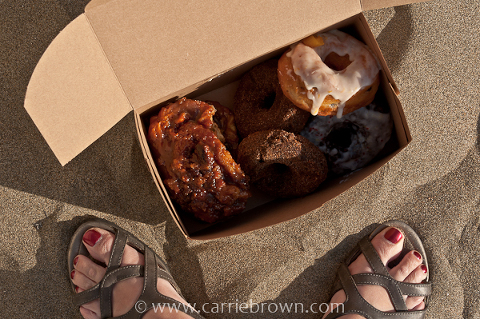 The next time you’re in San Francisco, or even driving past on the way to somewhere else, swing by Dynamo Donuts and meet these amazing folks and their amazing doughnuts.  They deserve your support, and you deserve their doughnuts.

PS.  For you lovely readers following a SANE™* lifestyle, and wondering what the heck has come over me…don’t panic!  You too can eat donuts when you are on vacation!  Yes, donuts are inSANE*, but a few of your favorite donuts once in a blue moon will not set you back, or undo all the SANEity* you’ve added to your life so far.  Plus, while donuts generally are not healthy by any stretch of the imagination, Dynamo Donuts are the healthiest donuts I’ve found.  If you want a treat – have it – just pick the healthiest version you can find, enjoy every bite, feel no guilt and then get back to your SANEity* tomorrow.  You really can have it all.