The Nugget’s Mother had a birthday back in May.  {Very} unfortunately, that whole week was a *huge* old roller-coaster ride at the office & I had to bow out of the Big Birthday Lunch.  Rats.  I hate when that happens.  I suspect, however, that the Nugget’s Mother was secretly pretty darn happy that I didn’t show, since the trade-off was brunch at Cafe Campagne – on me.

I’d planned it for a Sunday so that parking down at Pike Place Market would be a breeze.  Oh how wrong one can be at times.  As I turned off 1st Avenue into the Market, all I could see was rows of those little wooden A-frame stands.  The ones with “No Parking” on them.  As far as the eye could see.  And on every street approaching the Market.  Yikes.  This would mean only one thing:  the Nugget’s Mother would be late, & terribly frustrated when she did show up.  I may have been {very} wrong about parking being a breeze on a Sunday, but I was spot on about the Nugget’s Mother being late & frustrated.  Ooops.  Parking in downtown Seattle just isn’t the Nugget’s Mother’s thing.  The good news was – it was a beautiful day – and we were having brunch at Cafe Campagne, so I knew that things could only get better. 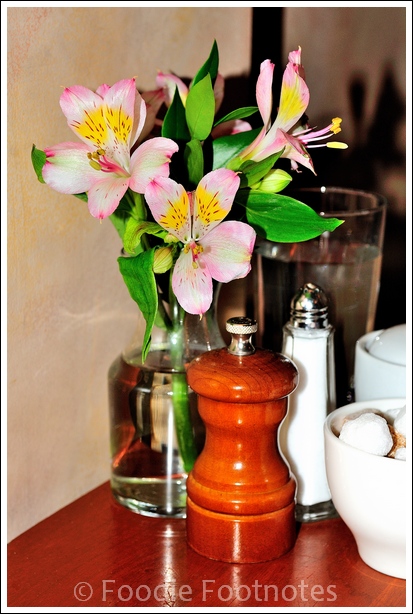 Alstroemeria on the table don’t actually make the food taste any better, but they sure make the ambiance lovelier.

The Nugget’s Mother knew in advance that she wanted to eat a Croque Monsieur.  However, almost before she even had a chance to sit down in her seat, the (in utero) Nugget was screaming, “I need milk!”  Our server rustled up a {very} large glass in {very} short order.  Now we could get on with the business of celebrating the Nugget’s Mother’s birthday in style & peace. 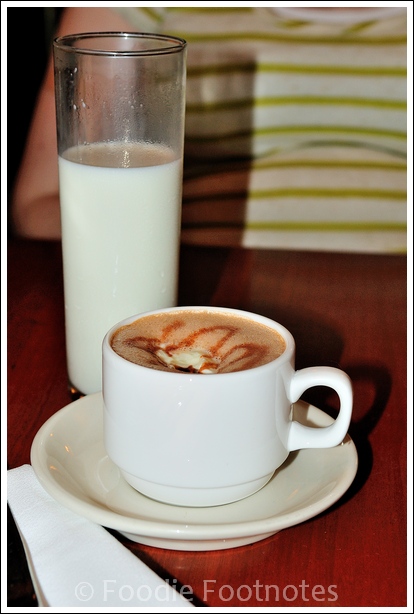 I was compelled to order a Chocolat Chaud ($4.50) while the Nugget was being satiated with the white stuff.  It’s not even in the same city, let alone the same ball park, as Cafe Presse’s.  Not. Even. Close.  But still better than 97% of hot chocolates in this town. 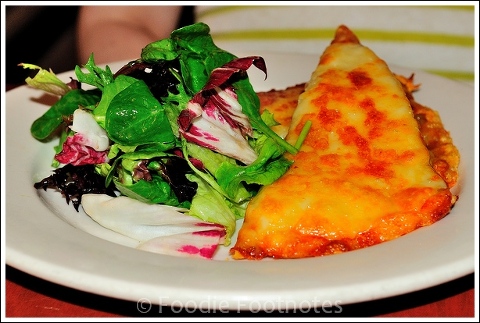 The Croque Monsieur – Parisian ham & gruyere on pani de mie with green salad ($13) – totally hit the spot for the Nugget’s Mother.  Well really, how could it not?  Paired with a side of Pommes Frites ($5), it apparently made for a most perfect Birthday Brunch.

I, on the other hand, was determined to order something I had not had before.  Spurred on by talk from our correspondent in the South of France, who has been making pâté by the boatload lately, I decided that really, after yesterday’s breakfast date with a {very} dashing dog, pâté was the only thing that might make the grade & tickle my fancy today.  In all the time I have been writing this little food blog, you probably never knew this about me: I think pâté is one of the finest things to ever come out of a kitchen. 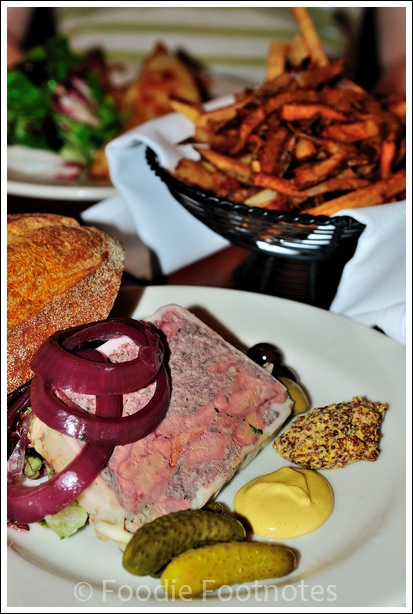 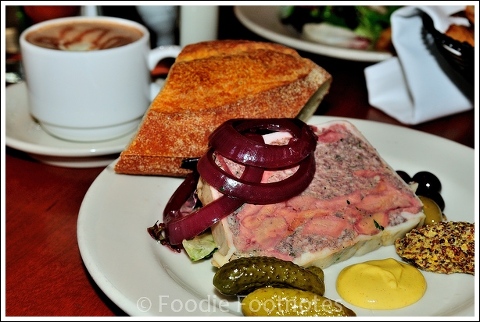 Not a huge meal, but it sure was a tasty one.  I am not sure why the love of pâté hasn’t mainstreamed on this side of the pond, but I sure love that when I am desperate, I can get a big old slab of the good stuff right here at Cafe Campagne.

0 comments
« A {very} Dashing Dog
Cinnamon in the Library »