The Case of the Disappearing Eczema. Or Was it Psoriasis?

I just wanted to pop in for a few minutes and tell you how wildly excited I am that after 38 years of embarrassing, itchy, red, flaky horribleness, I have got rid of my eczema.  Or psoriasis.  The doctors and skin specialists could never agree on what it was, but they were all certain that it was one or the other.  Anyway, it’s gone.  BOOM.  Just like that.  If you – or someone you like an awful lot – has had a similar experience of just not begin able to get rid of it, it might be worth you giving this a shot.

Over the holidays I was storming around Southern Oregon and Northern California, circumnavigating volcanoes and generally having a rip-roaring good time.  On Christmas Eve, though, I drive through a snowstorm to Prineville to have lunch with the fabulous Popcorn – who some of you may know from the old Smarter Science of Slim forum.  Popcorn is awesome.

Anyway, over lunch talk turned to my face, which had large patches of angry red eczema – or psoriasis – dotted across it.  I lifted up my hair and showed Popcorn my scalp – a veritable mess of scaly, lumpy redness.  UGH.  Then I mentioned that about 2 weeks earlier, my hair had started to smell like that of a wet dog when it got wet.  Decidedly unpleasant.  No smell when it was dry, but pretty nasty when I washed it.  We pondered on whether the smell was caused by the two courses of antibiotics I had in the previous two months to treat a double ear infection and an abscess on the roof of my mouth.  Antibiotics kill the bad bugs but they also kill the good bugs and can leave you open to an overgrowth of Candida or other fungally ickiness.

If you know Popcorn you know that the woman doesn’t open her mouth unless she is absolutely sure of something.  She was sure about this.  So as soon as I got back to Seattle, I got a bottle of Nizoral.  Now, Nizoral is an anti-dandruff shampoo, and while I didn’t have dandruff I was ready to try anything.  Especially if Popcorn said so.

I raced home with the blue bottle full of thick, neon blue liquid and washed my hair with it.  I immediately noticed that my wet hair didn’t smell like a wet dog.  Hurrah!  But the real hurrah came the next morning when I realized that my scalp was completely clear.  And by completely clear I mean my scalp looked like the healthiest scalp to have ever graced the earth.  True story.

So then, I mused, “I wonder what would happen if I washed my face with it?”  So I lathered up a small blob and spread it all over my face.  I let it sit there for a few minutes while I took care of some of the other bits and pieces that you take care of in the shower, and then washed it off.  Next day I looked in the mirror and the patches of red, scaly skin were 80% gone.  Two days later you couldn’t even see where they had been.  The patches on my left leg?  Gone.  The patches on my right leg?  Not gone – because I used my right leg as a control to make sure that it wasn’t something else that was magically making my 38-year-old eczema – or psoriasis – disappear.

Now, I’m no Doctor,  so I can’t tell you why Nizoral made my 38-year-old skin condition go away, but go away it did.  Subsequent searches on the interwebs indicates that a bunch of people believe that psoriasis and eczema are actually fungi (which would make complete sense in my case), and a bunch of people believe that they are not fungi.  I really don’t care.  All I know is that using Nizoral made it disappear – the only thing that has had any effect in 38 years – and heaven knows I’ve tried every traditional treatment out there.

Will it work for you?  I have no idea, but I did want to share my story.  Because 38 years of eczema – or psoriasis – was miserable.  And just like that my misery is over. 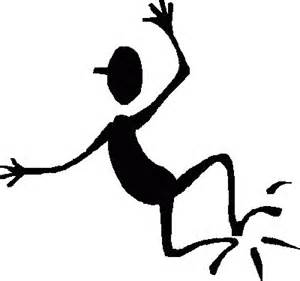