The first night on my second trip to New York in a month.  Weird how things go sometimes…never been to New York, then I go twice in a month.  This time my first night I was flying solo, so I opted to just run upstairs to the restaurant on the roof of the hotel I was staying in, Club Quarters, opposite the Rockefeller Center.  A rather odd place, I still don’t have it figured out in my head as to what it really is.  Is it a hotel?  Is it a private Club?  Is it a timeshare?  Is it private residencies?  I am sure someone knows, just not me.  All I know is that I stayed there for 3 nights, it was very comfortable but lacking in certain regular hotel amenities, the cable TV was down, you check in via a computer not a person & there are no instructions anywhere as to how anything works.  For a start you’d never find it if you didn’t know it was there.  It’s clearly not a full-service hotel & clearly there are people who live there.  But what that makes it, I really don’t know. 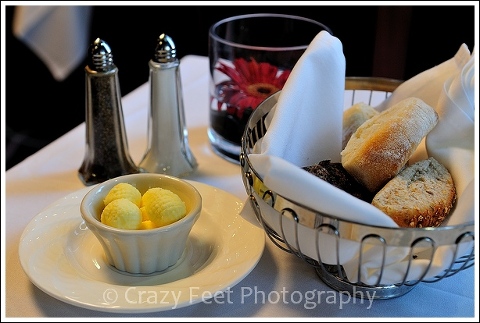 When I walked into the restaurant (which IS private – members & “hotel” guests only) it was completely empty.  And I mean empty.  Not a soul was in there.  Hmmm.  Maybe “Members Only” isn’t the best business plan?  Anyway, I was warmly greeted by a charming (if over-made-up) more mature woman who showed me to the table by the window in the very far corner.  Given that the restaurant was completely empty, this seemed a rather odd decision.  Then I noticed that there was actually a private reception out on the deck & that my table was positioned right by the window over-looking said deck.  As I went to sit with my back to the throng the hostess said, “Oh why don’t you sit facing the deck?  There are a lot of eligible singles out there you know”.

Madam.  I may be single, but that does not mean that I spend every (or any) waking moment trying to find a life partner, a spouse, a date or even someone to get laid with.  Mercy.  I just wanted to eat a nice meal before doing some work & going to sleep.  Sleep, madam, sleep.  As I said, this place was all rather odd.

The menu was simple & very limited.  I ordered a spinach salad, which turned out to be a tasty if rather ordinary spinach salad, and followed that up with Roast Chicken.  The bread rolls were delicious & the butter was real.  Consequently, I ate far too many.  Sometimes you just have to make the most of a good thing :-) 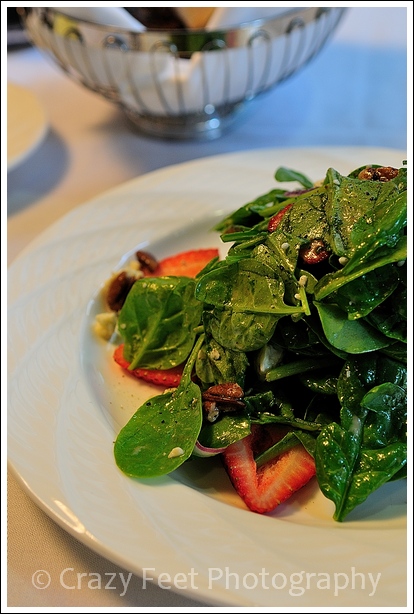 Now I have to tell you about the Roast Chicken.  It was some of the best Roast Chicken I have ever had.  It was spectacularly well cooked, moist, juicy, incredibly flavourful.  Just perfect.  It was the simplest of meals but so perfectly cooked I could have eaten that every night for a week & been utterly content.  The jus (I can’t call it ‘gravy’ it was just too good) was phenomenal.  I can’t actually remember when I last ate roast chicken that moved me like this one.  {UPDATE:  I have since had a comparably memorable chicken, fantastically roasted by Alisen at her home.  Alisen, I know I told you at the time, but your roast chicken seriously rocked.  I wish I had photographed it.  Duane is a lucky, lucky man.} 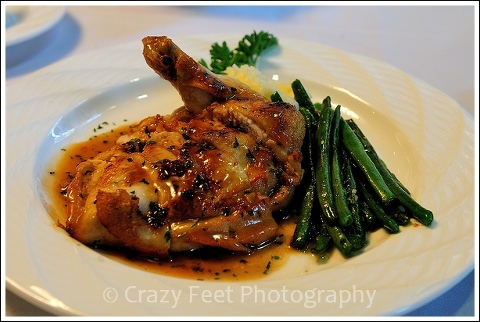 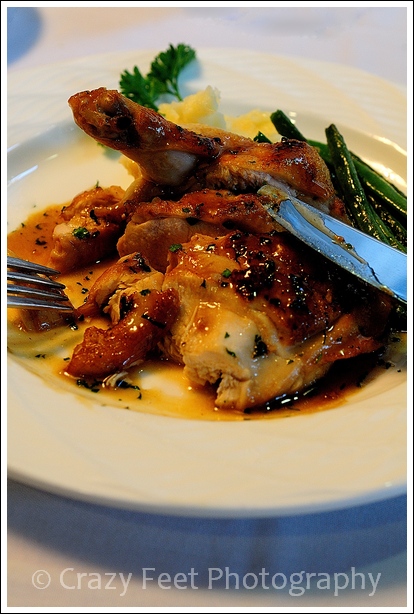 The Roast Chicken was SOoooooooooo good

The plate wasn’t huge, but the food so good I was completely satisfied.  I even decided against dessert on the basis that I wanted to keep that roast chicken yumminess in my mouth for as long as possible.  I took the slowest-elevator-in-the-universe back to my room.  Work was a breeze with such a happy mouth & content belly.  And I slept like a baby.