Laid the mortadella out and spread avocado mayo on one half, drizzled French’s classic yellow mustard on the other half. Cut the cheese slices in half and laid them centrally on the mortadella. Sliced the eggs and placed three sliced on each mortadella disc before folding the sides over. 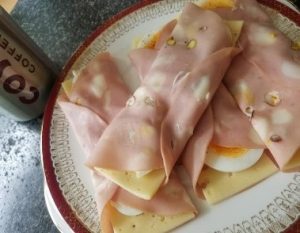 Dinner tonight was coriander chicken tandoori. This is a very simple curry dish with lots of coriander.

I used a tandoori chicken breast I purchased at the Curry Kitchen in Cwmbran.

The curry sauce was made from:

Melted 30g salted butter in a pan, added the onion and allowed it to cook out. I then added the garlic, ginger, cumin, coriander and salt. Gave this 5 minutes to cook in before adding the tomatoes.

I allowed this to simmer for 10 minutes on a medium low heat. I then added 1 chopped and diced scotch bonnet chili pepper and 50g green pepper, then the chicken.

Placed a lid on the pan, turned the heat all the way down and left to reduce for another 20 minutes. Finally added 30g chopped fresh coriander.

If you want to try a tandoori dish the rub is easy to make:

This can be applied directly to the meat / fish / shell fish being cooked or it can first me mixed with full fat yogurt and then applied to the produce being cooked. 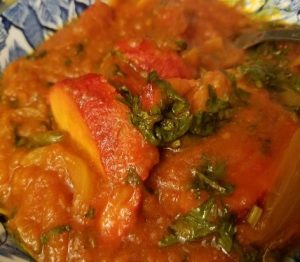 Dinner prep for tonight, its crockpot season so I am making a kind of an Italian chicken dish. This will feed myself and my stepson tonight:

Put the butter into the crockpot and added the herbs and spices. Once the butter melted I added the chicken which I had cut into bite sized pieces. Made sure that it got a good coating of the herbs, spices and butter.

Finally added 165ml coconut milk. This will cook on low for about 3 hours.

Just before serving I will grate in about 40g parmesan cheese, will help thicken the sauce and add to the taste. 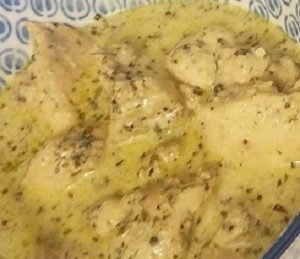 Made a crustless quiche this morning which made up part of my lunch. Quiche was made from

Grated the cheese, beat the eggs, chopped the spinach and mortadella. All went into a bowl with a good grind of pink salt and black pepper. Mixed together.

This made four servings.

I dressed the salad with 2 tbsp extra virgin olive oil and 1 tbsp lemon juice. An easy quick lunch before work. 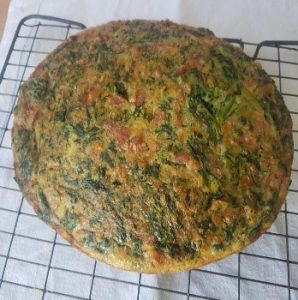 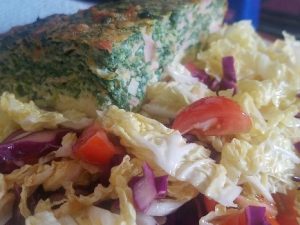 Food prep, making crockpot spicy beef which should get me three meals.

Started by putting 37g salted butter into the crockpot on high to melt.

This all went into the pot and I gave it a good stir around with the melted butter.

I then added the joint of beef, skin side down.

This will cook for about an hour on high then I will leave it in the pot over night until the beef is ready to be pulled.

The joint I have is known as the ‘round’ which comes from just above the hind legs. Its normally roasted but I prefer it this way, once you have got it in the pot, pretty much you can forget about it. 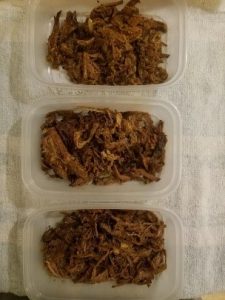 Last piece of quiche for lunch today with a stir fry of onion, mushrooms and red cabbage.

I spread a layer 24g of Phily cream cheese on top of the quiche and gave a good shake of Everything But the Bagel seasoning on top.

The stir fry was made up of

I used 35g salted butter to stir fry them in. 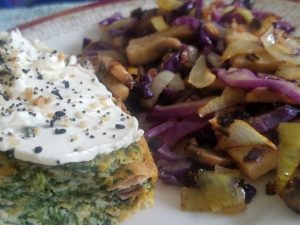 Really easy, layer of ham with a smear of avocado mayo and a drizzle of French’s classic yellow mustard, next a slice of cheese and then repeat the process to build the stack.

Had 330ml tea with 2 tbsp spoons of double cream to complete the meal. 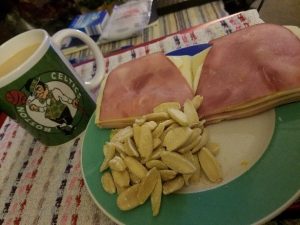 So who is this bloke, I hear you ask, taking space on Carrie Brown’s chunk of worldwide web Real Estate?

Well I am Vic Fleming and I have been following a ketogenic lifestyle since Oct, 2016. In that time I have reversed type 2 diabetes and lost 150lbs+ to regain some control over my health.

I have done this by revamping my whole way of eating and my approach to food and I hope to show that keto meal times don’t have to be stressful or complicated. I am not an expert or a trained culinary professional. I am just a regular guy who got sick of being told by his medical professionals that the rest of his life would be one that would be reliant on diabetes medications for survival.

Basic meals and meal prep are how I have been able to stick with keto and kick diabetes. I am now drug free and so much healthier. I am still a work in progress, and I will be for the rest of my life, I just wish I started this keto experiment many years ago. 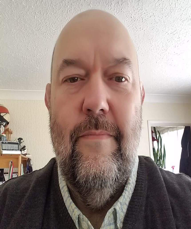