That’s All I Have To Say

I totally didn’t intend to go out for Breakfast today, but when I woke up it was the most spectacularly beautiful day & I just wanted to go for a drive & eat something yummy.  I also needed to get some supplies for my upcoming Show so I figured I’d just combine all three & call it good.  Since the art store is up on 60th I figured I may as well start out my day with a piece of the best quiche in the world & a hot chocolate at Honore Bakery.  Yeah, I know…any excuse :-)

I totally didn’t intend to post this, since I’ve waxed lyrical about Honore a couple of times before, but, well, as it turns out, I just have to, since it just doesn’t get much better than this.  Hot chocolate & warm, fresh-out-of-the-oven Bacon, Cauliflower & Smoked Mozzarella Quiche.  Mmm, mmm, mmm, mmm, mmm. 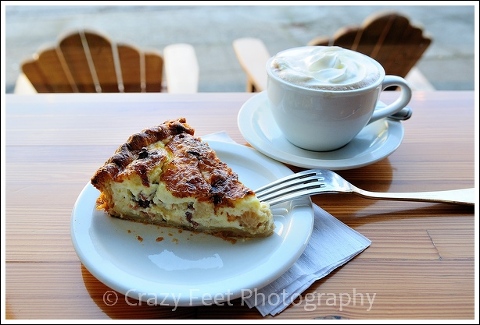 I decided that I needed to have any quiche that didn’t have leeks in it, just in case I had been swayed on my last visit to rate the quiche based on it’s LQ (leek quotient) instead of it’s overall scrumptiousness.  In my little world there isn’t much that cannot be improved by the addition of leeks.  I needn’t have worried.  The Bacon, Cauliflower & Smoked Mozzarella Quiche was just as extraordinary, although I am not altogether sure that cauliflower belongs in a quiche.  Honore’s quiche is just the business.  The crust is ridiculous.  That’s all I have to say.  (Except that Honore still outdoes Tartine’s quiche hands down.)

I do have to mention though that the hot chocolate today was rather warm.  I really wanted hot.  Both cups, too.  Just warm.

Anyway, I was in just the right place at just the right time as the window bar was vacated at just the moment I was eyeing it up as a perfect spot to eat & write at.  Lucky me!  Then, 40 minutes, 10 photographs, one cup of warm chocolate, one slice of quiche & several pages of scribblings later, it was time for pastries. 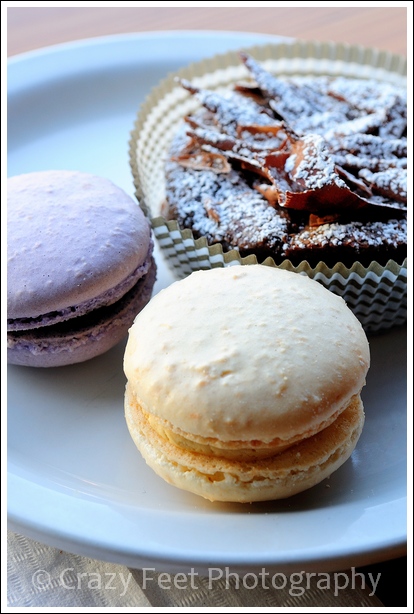 They had this chocolate thing in the display case.  It was quite beautiful.  I had one of those.  And then, since leaving myself at the mercy of the server at Dynamo Donuts in San Francisco had worked SO well, I told the server that I needed her 2 favorite macaroons as well.  There is an inherent risk in giving your server free reign to choose your pastries for you, but I figured that nothing at Honore could possibly taste bad, so what the heck.  And even though she picked the two flavors that would have been at the absolute bottom of my list, & even though she picked one of the 3 things in the world that I don’t care to eat, since I had told her she was to chose I just had to step up & do my part.

The chocolate thing was dense, dark & overwhelmingly chocolate-y.  I am glad it was small.  You just don’t need a big one to get your chocolate fix. 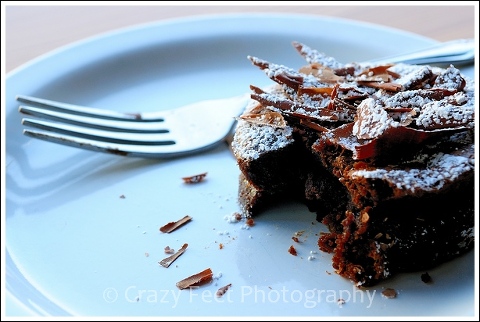 After a short break it was onto the macaroons.  The texture was magnificent.  Unfortunately I wasn’t wild about either flavor:  the coconut caramel sea-salt was all about the coconut (which is one of the 3 things I just don’t care for when it comes to food) & the lavender chocolate was all about the chocolate.  If I had had my eyes closed & not seen the color I would never had guessed it was lavender.  However, in this case that’s a good thing, because lavender is not on my list of rave flaves either.  At this point though, I do have to mention the butter-cream.  Fantastic butter-cream.  REAL butter-cream.  Yummy butter-cream.  So my issues with the macaroons were purely personal.  I am certain that had I had any other flavor in the case they would have knocked my socks off.  There’s always a next time :-) 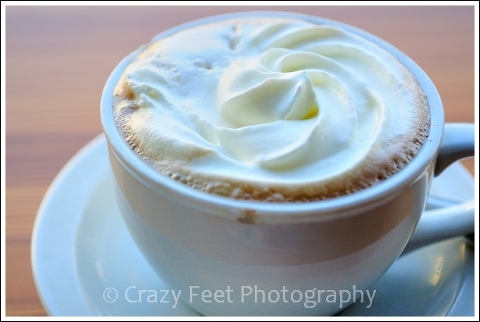 With whip? You betcha! (But only if it’s the real thing)

My mouth & I had a wonderful time at Honore.  We always do.  It has become one of our go-to places where we know that we’ll always have fantastic food, fantastic service, fantastic joie de vivre.

3 comments
« The Sea-Lion & The Sunset
All of the Above, plus Ridiculous Desserts »