Across the Street: From Dashing Dog to Crazy Chick

Somehow it feels like I haven’t been on a Big Breakfast Adventure in forever, although really it was only the weekend before last that I partook in 3 brilliant breakfasts – 2 with girlfriends, & the other with a {very} dashing dog.  I think it feels like it’s been a while because last weekend I hopped across the pond to England for a few days of Lego, tractors, high-fiving & Weetabix on the terrace, with my 2 year-old nephew Charlie. 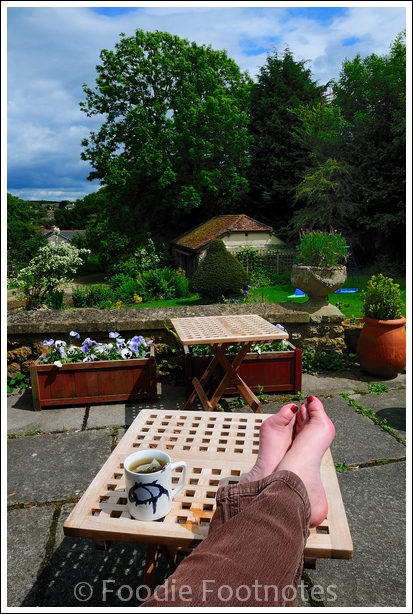 Somehow, travelling half-way around the world, even for just a week, made me feel like I’d been gone for ages, even though I hadn’t.  It feels like I haven’t blogged in a very long time.  That’s not true either.  Maybe I just feel that way because I am so behind in the blogging department.  That is most definitely true.  I always have these grand plans to use long-haul flights to catch up on blog posts, and yet somehow, when the time comes, I end up either working or sleeping.  This trip was no exception.  Sigh.

So after a whirlwind week back in Seattle, catching up on work & home & yard (I *still* haven’t unpacked my suitcase yet…) I felt well overdue for a trip into town to eat some fabulous fare for Saturday breakfast.  As it turns out, today’s breakfast was just across the street – {literally} a stone’s throw – from The Mecca, where on the last Saturday before I flew out I had met up & chowed down with Cooper.

I zoomed up at 7:40 am – determined to be first in line for what I was sure was going to be a packed house – & snagged the parking spot right outside the door.  The only way I could have got any closer was by driving in the front window.  Saturdays require parking tickets, but thankfully, since Cooper’s Handler was not there to rescue me from my plight this time, I did not leave my wallet at home & was able to purchase said ticket, slap it on the dash & take up my spot in the doorway of Toulouse Petit.

My fellow foodie for today was that crazy chick, the fabulous Ms. Baisa, who beat me to TP’s doorway & was eagerly perusing the menu when I joined her.  I’d only met her once before – we’d been introduced by my Twin, over Easter Brunch at Salty’s on Alki.  I’ve been a secret fan of hers for a while, having stumbled upon her website several months earlier.  (But, shhh!  She doesn’t know that, and I don’t want to seem like a groupie.)  Ms. Baisa, who describes herself thus… “I prefer piss and (top-shelf balsamic) vinegar to unicorns and glitter” …is a hoot.  Within 1 second we were nattering on like a couple of homies.  We had to enforce a no-talk zone after our server came around for the second time to see if we had decided what we’d like to eat.  Sorry.  We’re too busy talking. 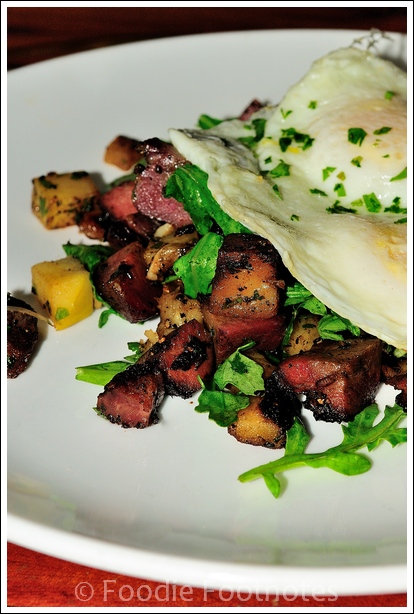 Jackie ordered up the Cured Pork Cheeks Confit Hash: 2 eggs, arugula, parsnips, potatoes, onion confit ($13) along with French Press & a Mimosa ($7.50).  The Pork Cheeks are not a massive plateful of food, but given that they made an appearance on The Food Network’s “Best Thing I Ever Ate”, there was an expectation that they would be awesome.  They did not disappoint. 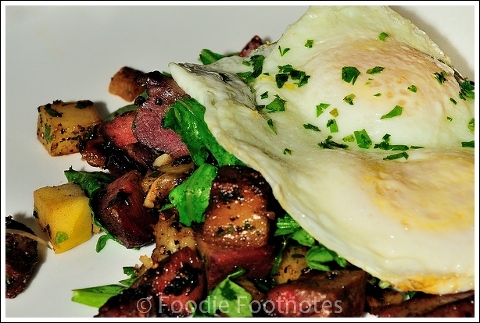 The menu at Toulouse Petit is, frankly, ridiculous in it’s huge-ness.  Way too much choice.  I’ll be eating here for the next 10 years & will never get through it all.  Since I was feeling in a rather frivolous mood, having had a break from breakfast adventures last weekend and only having funded one out of three breakfasts the weekend before (Thanks Melanie!  Thanks Cooper!), I made it easier on myself by deciding that it was perfectly reasonable, under the circumstances, to find out what a $25 Toulouse Eggs Benedict tasted like. 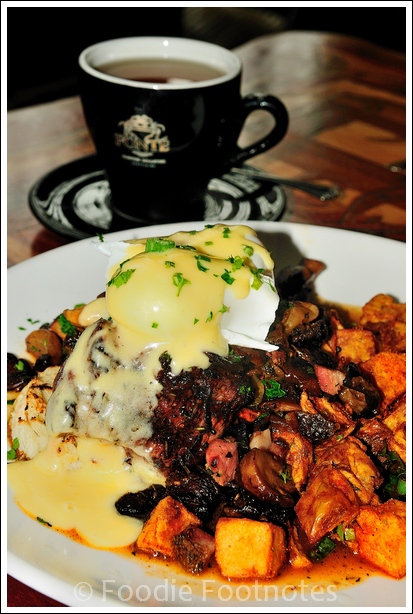 Eggs Clark: Beef Filet Tournedos and Mushroom-Tasso Merchand du Vin ($25).  More like Steak and Eggs than an Eggs Benedict.  In fact, I don’t think I ever even found the muffin under the swathes of tender steak, golden Hollandaise & silky-smooth red wine glaze.  I mean, do you see *any* sign of a muffin under there? 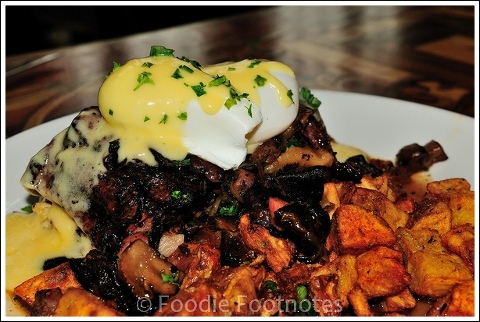 Unlike Jackie’s dish, this Eggs Clark was enormous.  However, having spent $25 I was not leaving one tiny shred of steak or eggs on that plate.  Not one.  The steak was not the tenderest steak I’ve ever eaten, but the flavor was deep & complex.  Rather like Ms. Baisa.

While we did want to enjoy some great food, I think we were both rather more focused on the meeting of minds.  We sat there for over 2 hours swapping notes on life, the universe & everything.  In response to Jackie’s entertaining tales about a recent gig of photographing a cowboy-filled event in Eastern Washington, I raised my hand and said, “Me!  Me!  Next time, take me!”  In response to her tales about recent dating exploits, I just smiled.  Online dating is a dim & {very} distant memory & not one that I care to repeat.

We somehow geeked over into photography at some point, although I had been determined for days beforehand that it would be all about us and not our “husbands” (aka cameras).  But it’s really hard NOT to talk shop when you both love photography & you’re sitting opposite the only photog that Quaker thinks is good enough to make their Oatmeal look fantastic.

Our server finally came over and very gently pointed out that we had over-stayed our welcome.  The wait for a table was an hour.  Oooops!  We skedaddled out into the gray drizzle, replete & happy, but not really ready to part company.

Last time I ate at Toulouse Petit I was wowed.  This time too.  I’d eat there again in a heartbeat.  And I’d meet up & talk the hind leg off a donkey with that crazy chick anytime.  There’s 10 more years of goodies that I still want to try on TP’s menu, & I am sure that Ms. Baisa & I will be eating some of them together.

2 comments
« Be Still, My Beating Heart
After Weeks of Taunting »