Moby Dick & The Pie That Tasted of Summer 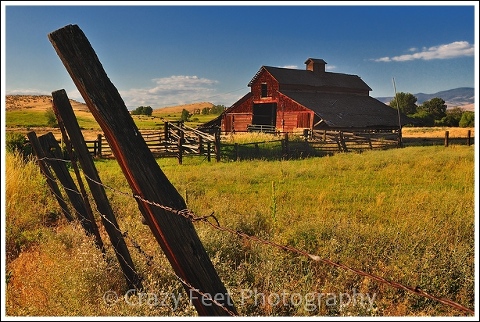 I’ve decided that I really like this whole new South Lake Union thing that’s sprung up, north & to the right of Downtown Seattle.  Today was my first foray on foot – normally I am just whizzing through on my way to the Space Needle or to find some great grub on Queen Anne.  Sometimes I am whizzing through because I am desperately trying to find an on-ramp to the freeway, but that is happening less & less these days, now I’ve learned a few sneaky new routes in & out of town.  Hurrah!

I can now tell you that the area is an entirely different experience on foot.  I headed there to check out brunch at Brave Horse Tavern – one of the new Tom Douglas joints.  Given that I am huge Lola (home of the famed Octopus Hash) fan, I figured I couldn’t go wrong in Tom’s hands, even if this was a completely different style of food.  Getting there was super easy: head down Denny & hang a right on Terry Avenue.  Loads of street parking & guess what?  Meter parking is $1.50 an hour instead of the {what-feels-like} $58 an hour it is a few blocks over near the Needle or Downtown.  I know!  $1.50 an hour!  Score!

BHT is harder to find because it is not on street level.  It is directly above Cuoco (another Tom Douglas spot on the ever-growing list), but you need to head up the stairs to get to the door.  Once I’d figure out how to get in, it was like being swallowed up by Moby Dick.   This. Place. Is. Huge.  I wandered in a few minuttes after 10 am and it was just me and a big old pile of smiling BHT-logo-T-shirt clad crew.  The sign said to sit wherever I wanted.  Gosh.  I gazed into the cavernous space to check out the options.  Outside?  Inside?  Bar-side?  Window-side?  The windows overlooking Terry Avenue were *I swear* at least a 1/2 mile walk from where I stood.  I was worried that if no one had seen me come in & tracked me to my seat they’d never find me again.  I pictured myself still sitting there at 3 pm waiting for someone to feed me.  Turns out they were tracking.

I instantly fell in love with all the studded, brown leather seating.  So Southwestern y’all.  Despite the space being immense, the brunch menu is tiny – probably the smallest brunch menu I’ve ever encountered.  It felt like BHT are maybe a teensy bit confused about what they are.  With a name like “Tavern”, I certainly wasn’t expecting them to serve brunch and was most surprised (but not disappointed) when I discovered that they did.  Since I like to eat anything that is not considered standard, the menu totally worked for me, but I can see it not working for the majority of regular brunchers. 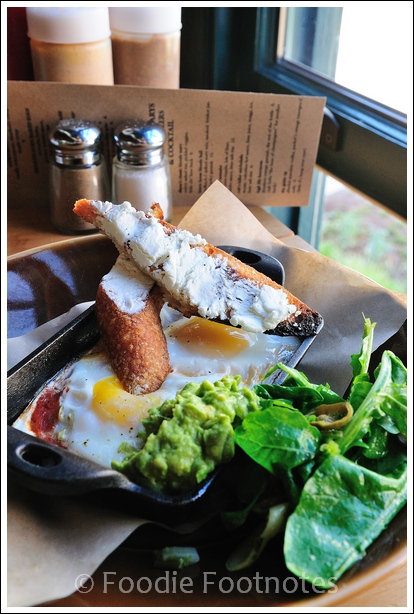 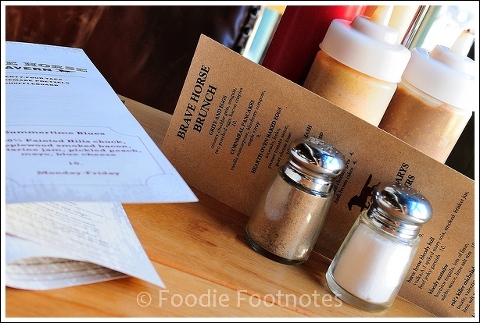 The other 3 choices were: grits and eggs, blueberry cornmeal pancakes or smoked pastrami hash.  Oh, and a whole list of Brave Horse Mary’s & Brunch Beers.  Whatever those are.  Add to that the burgers, bar snacks & a gazillion different types of pretzels & you’ve got yourself a pretty eclectic (and confused) array of choices. 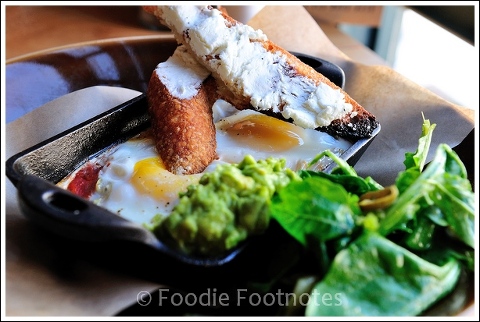 I was  happy with my Baked Eggs.  Particularly with the eggs.  Cooked to perfection.  However, there were not enough leeks hiding underneath those eggs for me to know they were there, & despite the whole dish being delicious, it was just, well, small.  This girl had to wait until 10 am, you know.  I’m hungry! 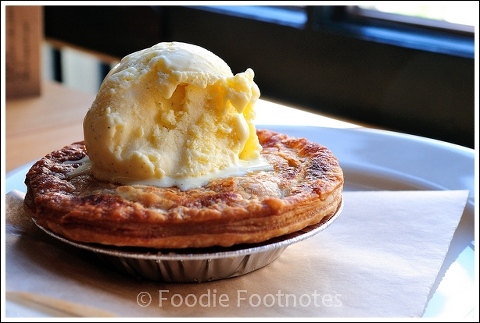 Great Cherry Pie, people.  The ice cream was pretty “meh”, but then as we ascertain on a regular basis, I’m just a brat when it comes to ice cream.  The flavor was great, the texture was ordinary.  I wanted extra-ordinary, especially given it was a Tom Douglas restaurant & it cost an extra $2. 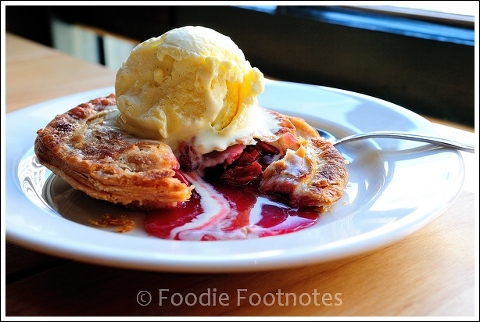 Great pastry for the crust & a fabulous this-tastes-like-Summer cherry filling.

While I was there, a few more people trickled in, but it remained steadfastly pretty much empty until I left, when the lunch bunch started to roll in.  Compare that to Portage Bay Cafe across the street where at least half of the Greater Seattle populace were lined up outside and I can only assume that it is either that people don’t think “brunch” and “tavern” at the same time or that people really love building their own pancakes & eating traditional breakfast foods.  I’d much rather eat off BHT’s strange menu, but I am pretty sure that I don’t speak for the majority here.

I can see BHT being a fantastic bar & casual dinner spot, but in spite of the great food, I just don’t see it ever making the Brunch Hotspot list.  Once again, it’s not all about the quality of the food, folks.

Now, get out there and make the most of this amazing 80 degree day we’re having!  Happy Saturday!

1 comment
« Seize the Griddle Cakes!
A Lust For Lemon »