So the boss and I, we really needed to talk.  And who ever gets that opportunity during the madness of a regular day at the office?  We’ve barely had time to throw each other a “Hi!” or “Bye!” these past 2 months.  So we headed out the other evening to do our talking over a plate of nosh.  Given where we both live, The Salish Lodge seemed like the perfect on-the-way-home spot for our rendezvous.  Plus they take the Prime Card.  Gotta always be thinking about the budget these days.

I remember the first time that I ate at Salish Lodge – it was up in The Attic, rather than the main dining room, & it was New Years Eve.  That meal totally blew my skirt up.  I still dream about those Kobe Beef Cheeks on occasion.  Outrageously good meal.  And I remember when I took my brother & his wife there for their inaugural welcome-to-Seattle lunch, the day they arrived at Sea-Tac.  Awesome food.  Just awesome.  I’ve been there other times too – mainly to The Attic & it’s always been good.  Seems things have changed at the top of the Falls.  A few months back, my girlfriend tweeted that her Birthday Brunch for hubby John at The Salish was just not all that.  I determined that I’d have to go back there and check it out for myself.  I had brunch there a couple of years ago & wasn’t as impressed as I thought I should be, given all the rumors.  I am now not so sure that I really want to go back & try it out again.  Especially since brunch at The Salish ain’t cheap.

Since I don’t get a kick out of writing less-than-favorable reviews, I am going to keep this really short.  You’ll get the picture without too many words.

Oh and you’re out of ALL of the Snoqualmie Brewery beers listed on the menu.  Ah!  Yes.  Of course.  I can {totally} see how you could have delivery issues with getting beer from the Brewery located 1/2 a mile away from you.  Completely get it. 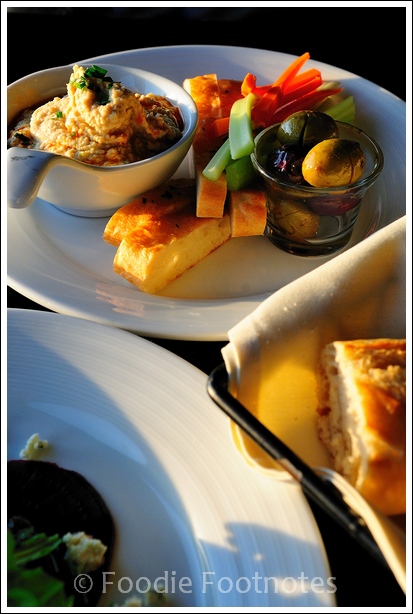 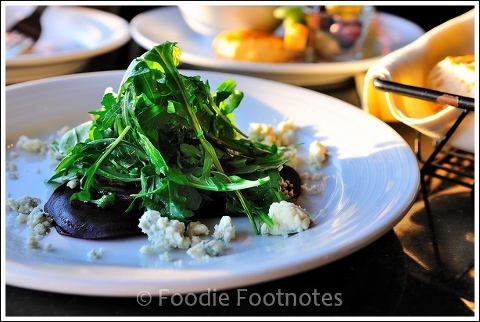 There were no golden beets, the red beets were sliced so thin & there were so few of them you could have missed them entirely.  The dressing was so sparse it was barely discernible.  And $10?  No, thanks. 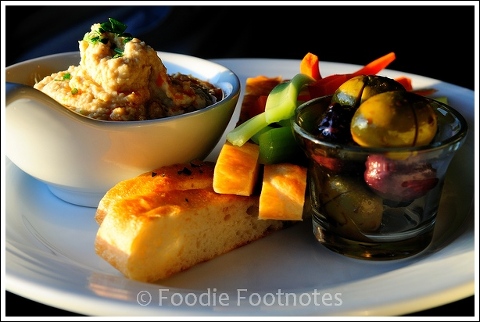 Both of our appetizers were merely assemblages.  Nothing more.  Charlie, my 2.5 year old nephew could have done it all, bar slice the beets.  This ain’t cookin’, Chef Chuck. 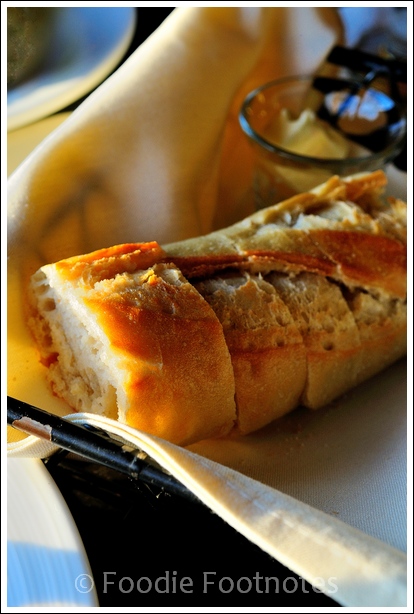 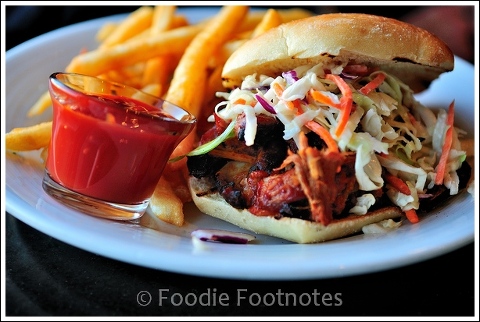 The Boss ate it, but honestly I have no idea what he thought of it.  And really, it’s just another plate of assemblage.  And while it is mainly a hands-on kinda meal, it’s always nice to have the option of some cutlery.  We had to ask for it. 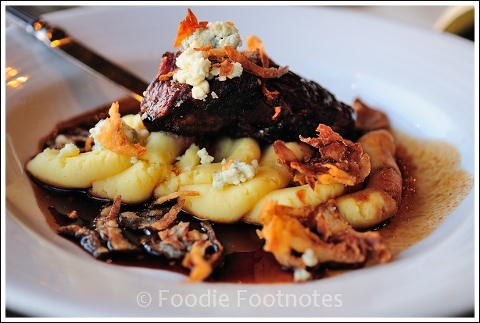 Steak.  I don’t remember the description on the menu, which is OK because it wasn’t noteworthy.  The steak had parts that were un-cuttable with a steak knife.  Can you imagine a time when that would ever be OK?  Me either.  The whole dish was warm, but that’s about all I can say about it.  The presentation was a mess, as you can see.

Luckily for The Boss & I , we weren’t really there for the food.  And also luckily, the conversation was awesome & we got a ton accomplished.

One enduringly fantastic thing about the Salish Lodge is its location.  I have never been there when the Snoqualmie Falls alone haven’t made it worth the trip.  Ever. 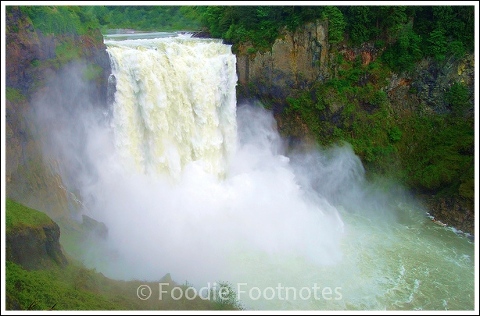 I cannot believe I am actually saying this…but I no longer recommend the Salish Lodge as a place to dine – up in The Attic or down in the Dining Room.  There.  I said it.  Whoa.  I think I need to go and lie down now.  Or go look at the Falls for inspiration.