I say “there” because I am not where I normally am.  I’m in San Francisco.  I mean, I’M IN SAN FRANCISCO!!!!!  I heard a rumor that the best month weather-wise to hang in SFO is April.  So understandably, I cruised down from Seattle in a 13-hour-long, beef-jerky-and-sunshine-filled state of excitement, because it was April and I was ready to “do” San Francisco.  I spent the drive mainly listening to this, but not because I was missing anyone in particular.  Just because this song makes my feet tap & my head bop; & as much as I love taking a really long drive – to anywhere – I find road-trips always go better with some serious foot-tapping and head-bopping going on.  Plus, large quantities of beef jerky.  That’s the secret to driving for 13 hours straight and not even feeling vaguely tired: beef jerky.

Fourth volcano of the day and it’s not even 8 am yet.

Flirtin’ on the freeway with hot guys in big trucks.  Because it’s fun.  And because the sun is shining.  And because I’m on vacation.

Oregon, that was awesome! Gorgeous curves and I LOVE your new Spring outfit.  But hey…here comes Cali-forn-i-a! Yay!
Always nice not to have your spinach confiscated at the State Line.
Oh, how I love my radar detector!
Volcano #6.
Oranges!  Hanging on trees!
Palm trees!
Cacti!
Cowboys in chaps!  Oh my.
6 lanes, packed with cars, everyone doing 80 mph and driving like they’re dodgems.  What a rush.  LOVE!
Golden Gate Bridge!  Wheeeeee!
When did they make the Bay Bridge into a parking lot?
Happy Saturday, SFO! 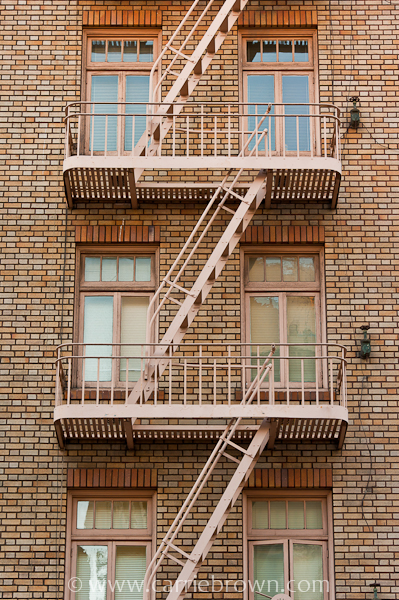 After 6 hours of shut-eye, I was up like a lark & heading down to Pier 39 to get me some seafood for breakfast.  When in San Francisco, eat seafood – that’s what I always say. 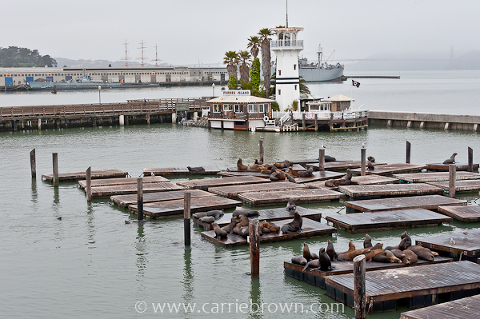 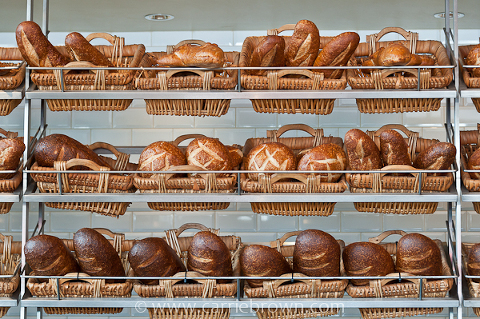 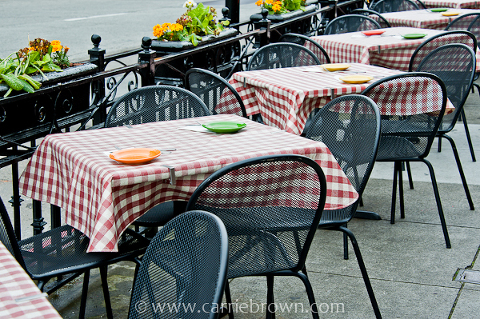 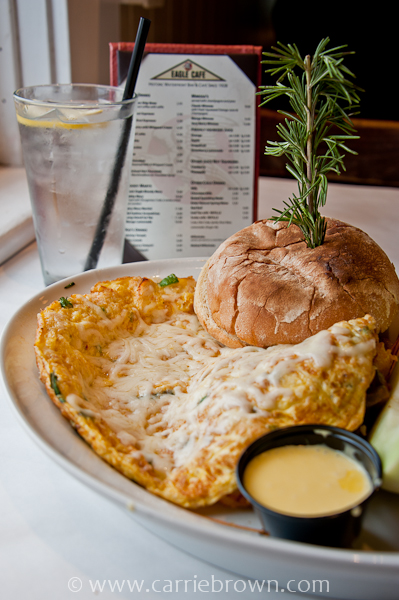 The Eagle Cafe has served up Dungeness Crab for longer than my parents have been alive.  And that’s over 83 years.  Yikes.  The story goes that at one point they picked up the café on a big ole truck and hauled it down the street to its current location.  The story also goes that food service did not stop while the whole fandango was rolling down The Embarcadero to Pier 39.  That’s commitment to service for you. 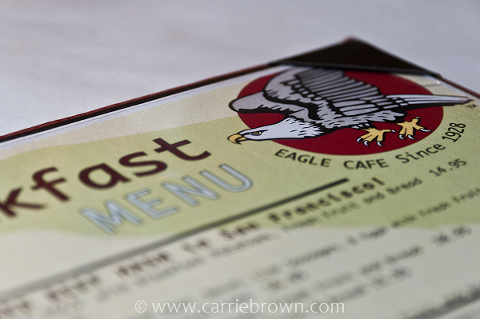 My omelette packed with crabby freshness came with a massive sourdough bun and a big pile of spuds.  I am undecided about the tree decorating said bun.  The spuds were lurking under the omelette.  They don’t seem much into hash browns down in SFO.  Neither am I, so that works out well. 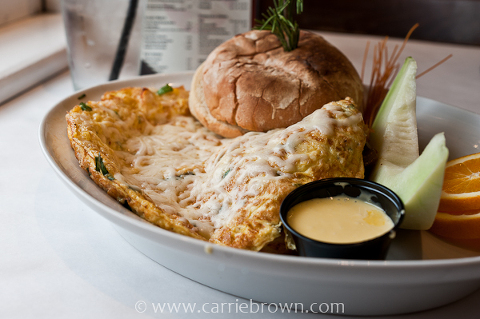 This was a solid, hefty omelette – the juicy crab meat cooked into the egg mixture instead of being used as a filling.  It reminded me more of a frittata.  Either way it was substantial enough to walk me up & down The Embarcadero and along every pier between 31 & Fort Mason.  I had to giggle when the bill came.  Whoever heard of a Healthy SF Surcharge?  Only restaurants around Pier 39, apparently.  What my server and I couldn’t work out was if it was a tax on healthy food or unhealthy food.  Sounds more like a tourist tax to me. 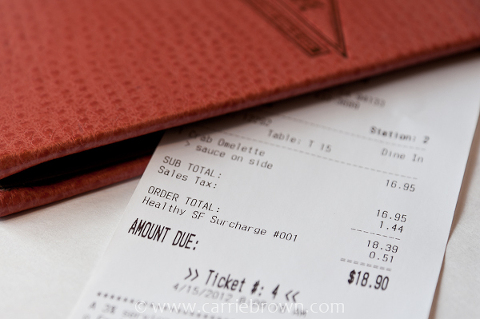 After breakfast came a leisurely saunter up and down the piers until I found myself inexplicably drawn to The Cocoa Building.  Funny, that.  What is even more inexplicable is that I went to Ghirardelli Square and DID NOT EAT ANY CHOCOLATE.  I know.  I also didn’t use my tilt-shift lens, which is why we have a terminal case of the converging verticals going on.  Either that or I am simply not tall enough. 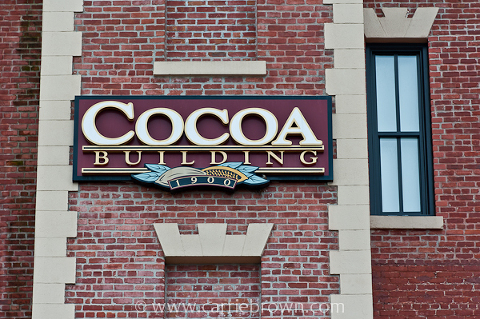 I did, however, eat cupcakes while I was at Ghirardelli Square.  Kara’s claim to be one of those all-singing, all-dancing, organic, locally sourced, make-it-all-from-scratch cup cakeries.  I made it my job to find out if it was all true, and you can never make a fair assessment on just one cupcake.  So I had two.  Enter Ms. Java and Ms. Lemon Meyer Cupcakes. 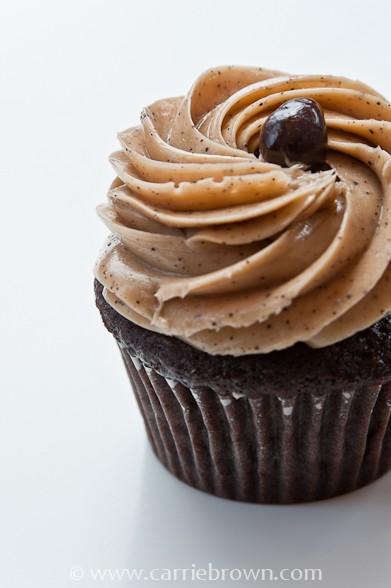 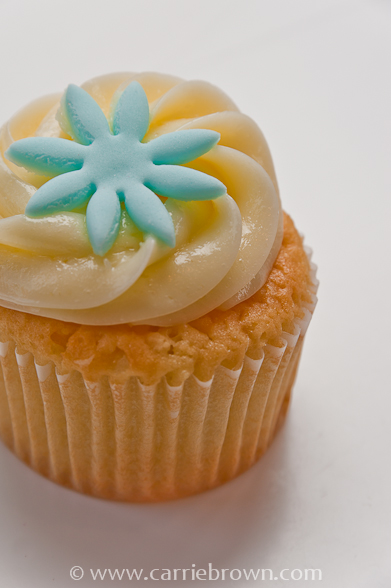 You may applaud.  Beautiful cake, unbelievable frosting.  Unbelievable because that buttercream was so soft that I am entirely unsure how in the world it held its shape, for half a second, let alone all morning.  The softest buttercream ever made.  The flavors of both of these were unequivocally the *real deal*.  Cupcake love.  You can get Ghirardelli all over the place, but not cupcakes like these – so next time you’re in Ghirardelli Square, skip the chocolate & head straight for Kara’s.  Or if you happen to be near one of their other locations, head on in for a little cupcake magic. 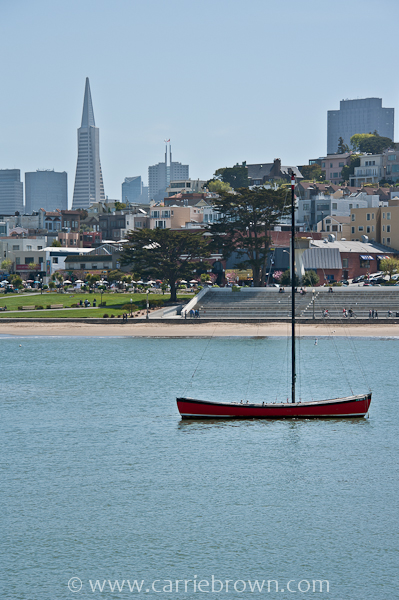 It was a beautiful afternoon in the Bay.  And, while I am here, let’s just grow a faceful of freckles on the first day. And, why not turn our neck nice and red as well?  Just for good measure.  Anyone would think I lived in Seattle. 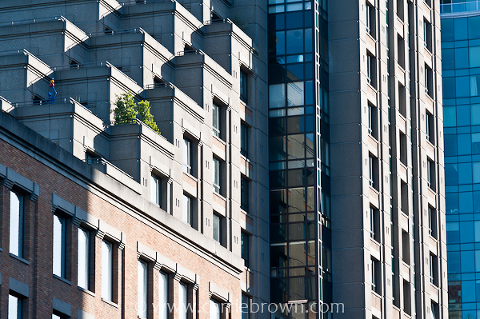 Amongst {a lot} of other things, I love how well San Franciscan’s have blended the old & the new, especially when it comes to architecture.  It all just goes, somehow.

Here’s some things I learned about San Francisco today:

1. San Francisco is beautiful.
2. It’s pretty darn hilly.
3. There’s an awful lot of water around the place.
4. And some pretty cool stuff to see.
5. And chocolate. Lots of chocolate.
6. It’s warm. Even when it’s foggy.
7. They have a thing for sea lions and sourdough.
8. And eating things they caught in the ocean.
9. I could totally live here.
10. Although I’d probably have to paint my toenails all year round. 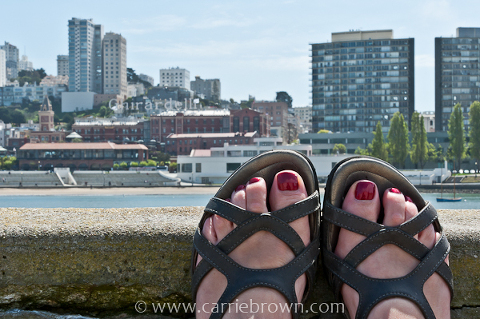 And…if you’re really determined to get your feet in the same shot as a 300 foot x 20 foot sign covered in lightbulbs that’s suspended 150 feet off the ground, you will find a way.