In my last recipe post I promised that the Bacon Leek Melt would be up next, and that was totally my intention.  How did I know that the whole world would go mad for squash?  Specifically my Almond Parmesan Squash.  So I blame the squash for the temporary diversion away from a hot, sizzling dish of Bacon and Leek glory.  Mini-Me’s Hubs will tell you that this Bacon Leek Melt is his favorite KETO / LowCarb dish so far.  I think it had something to do with being allowed to cook in bacon fat that tipped the balance.

As an aside, on Saturday I got on a ferry and rode to Kingston.  It was one of those days where if you live in Seattle you were in absolutely no doubt as to why you do.  It totally made up for the whole month of March, when we Seattle dwellers began to wonder if we would ever feel the sun on our faces again.  I would imagine the vitamin D content of Seattleites across the Puget Sound shot up dramatically.  I heard rumors that some locals even donned bikinis.  Like they were in Ha’waii.  Or Mexico.  It was a remarkable day.

There was quite a wait for the ferry, but the pending ride across the calm waters, the sunshine, and the company of one of my favorite people meant I didn’t really care.  Once we docked in Kingston we had a significant drive to Cape Flattery.  I didn’t care about that either since the majority of it was on Highway 112, which, if you’ve never driven on it, should be on your bucket list.  Do it in a sports car and drive fast – it’ll rock your world.  It rocked our world driving in a 4-Runner and taking it easy.

It was around 5:30 pm when we rolled into the tiny parking lot at the head of the Cape trail.  The sign said it was ½ mile to the water.  I swear they were lying; or at least exaggerating.  It was at least a mile, if not more.  Going down was easy, but when we came across a random bench in the middle of the lush greenery & tall trees, I suspected it was an indication that things were about to get {way} steeper.  I was sure it was a sign of things to come.  Turns out that bench was in exactly the right spot for the hike back up, when we did the climb 4 hours later.  Whoever decided to put it where it is must have been out of breath by that point, too.

I wish you’d been there out on Cape Flattery.  It was incredibly beautiful.  Cool, fresh and tranquil under the canopy of trees and ferns and hanging mosses, the roar of the ocean below.

We had 3 hours to scout around before sunset.  Bala went and found all the most precarious spots overhanging the cove beneath us, where the sheer drop of moss-covered rock face ended up in a mass of swirling, gushing, frothy ocean.  It was rather like witnessing a gigantic blender at work – the currents under the waves sucking the salty water into a powerful vortex, before spewing it up on an adjacent ledge of rock.  I could have just sat there and gazed out into the blue, blue distance.  Except I was worried about losing Bala over the edge, never to be seen again.  Not only that, but I wanted to watch a master at work.  I want to shoot like Bala when I grow up.

Cape Flattery pokes out from under the edge of Washington’s rainforest and into the Pacific Ocean, taunting Canada with its status as the most north-westerly point in the lower 48 states.  The only thing that would stop you just plunging right in and taking a quick swim across the Strait of Juan de Fuca to Vancouver Island is the boisterous, pounding waves crashing against the rocky shoreline.

It is a magical place.  The green seemed greener and the air seemed fresher, out there on the very tip of America.  I think I love the Olympic Peninsula more than any other place on earth. 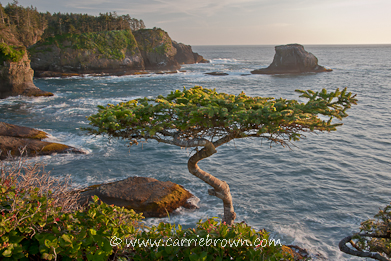 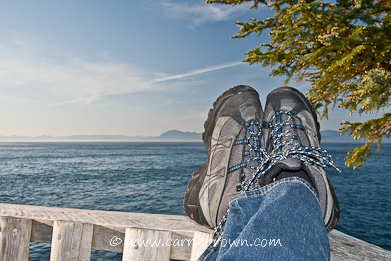 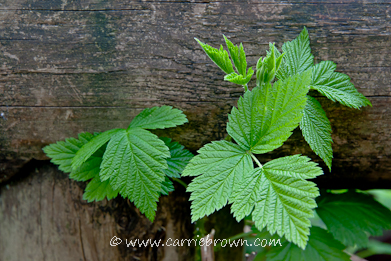 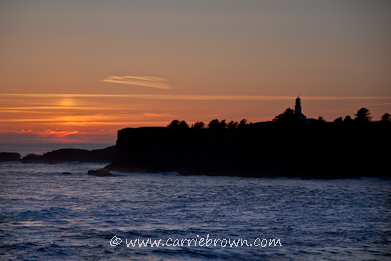 After the last shot was taken and we’d hiked back up to the car, after stopping a while on the perfectly placed bench, we headed back to Kingston to catch the ferry home.  No such luck.  We missed the last ferry by, oh, about an hour and a half.  I was glad that we chose to miss the ferry and not the chance to watch the sun set gently behind Tatoosh Island.  Missing the last ferry earned us a run-in with a Port Angeles cop (Thank you for just calling me silly and not giving me a ticket!) and a {really} long drive back to the mainland, but rolling home at 3 am was a small price to pay for the wonders of the day. 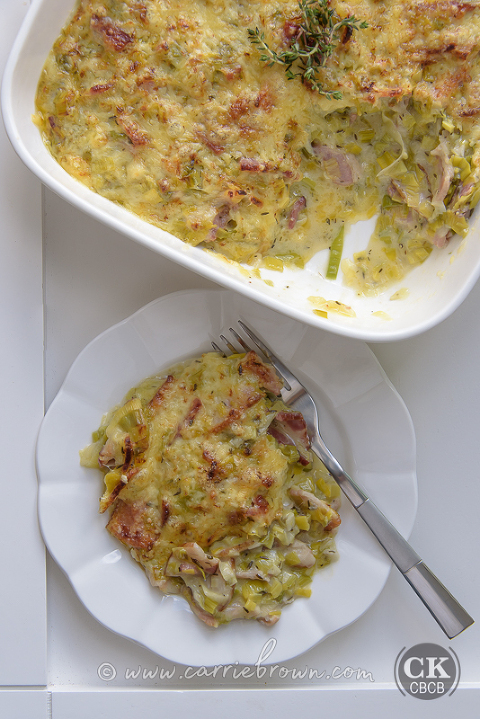 On Sunday I got up at 10:04.  I think that is that latest I’ve ever got up.  In my life.  I am not sure whether to be proud or disappointed.  I also noticed that I am not as perky at 3 am as I used to be.  Luckily, withe bacon and leeks in the fridge, this Bacon Leek Melt didn’t require much strength or energy to knock together.

Bacon Leek Melt is super easy to make and incorporates two of my best-loved foods – leeks and bacon.  I think leeks are the finest vegetable on earth.  I created this dish because I wanted to eat both of my favorite things at the same time, without it being just a pile of grilled bacon and a side of sautéed leeks, which is what I am often apt to do.

I dished this up with a simple salad.  Hearty, KETO, and uber-healthy, all at the same time.  Plus, you get to eat bacon.  Because bacon doesn’t make you fat.

My impromptu Bacon Leek Melt became an instant hit with the first bite.  It is staggeringly bacon-y in flavor and the leeks cajole you into thinking you’re really eating pasta.  Mini-Me and The Hubs can chime in, but I believe they have made this at least three times since I introduced it to them a couple weeks ago.  The day after I made it for them I got an excited text from Mini-Me telling me that they were at the store buying leeks for the first time ever.  So cute.  Long live the humble leek! 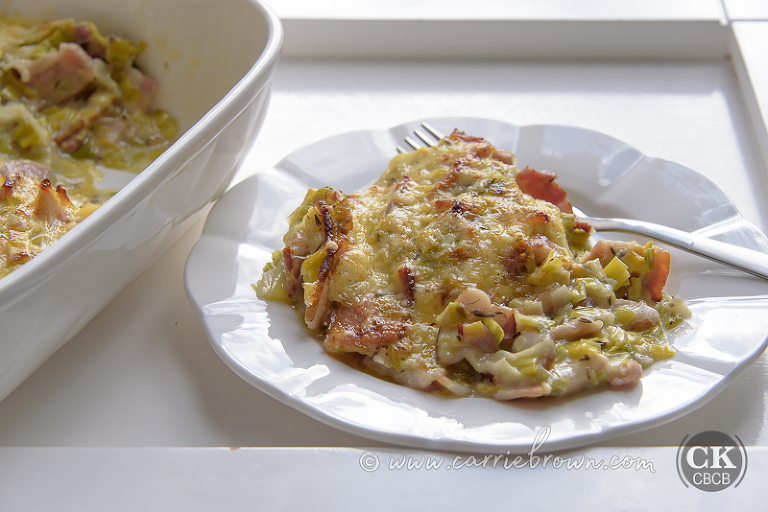