There’s four days of festivities going on in England this weekend.  There’ll be street parties and everything.  Elizabeth II is celebrating having been Queen for 60 years.  Who said jobs for life were a thing of the past?  I guess 60 years deserves at least a 4-day knees-up.  In America that would have earned her a one-year sabbatical at a minimum.  Instead she gets to drive round the Derby race track in a Bentley, whizz up the River Thames on the Royal Barge, and land front row seats at a pop concert where Elton John & Paul McCartney will serenade her.  She’ll get to wear a whole variety of different colored frocks and coats, all with matching hats nestled on her expertly coiffed curls.  Plus nylons and dress shoes.  She’s livin’ the dream.  However, she has never experienced the wonder that is Chunky Chicken and Apricot Pie.

England’s been on my mind a lot this last week.  My family buried my Uncle and Godfather yesterday, after a short but furious battle with cancer.  I so wish I could have been there with them, especially in support of my mother – she is the last sibling alive now.  When I spoke to her yesterday morning she was very sad.  I wish I could have been there to wipe her tears.

Then, on a very rare foray into Fred Meyer’s today to track down some ground almonds and brandy – neither of which I was able to locate – I stumbled across a small section of shelves stacked with all things British: Bird’s Custard Powder, Heinz Salad Cream ($8.79 a bottle – holy moly, mayonnaise!), Digestive biscuits, Heinz Baked Beans and even boxes of Wine Gums.  HP Sauce, Branston Pickle, OXO cubes, Spotted Dick, Hobnobs and Jacob’s Cream Crackers.  Right there!  In Issaquah!

In this weeks round-up of Britishness, yesterday’s Friday Night Dinner was inspired by the Brits’ love of potato-topped pies.  I grew up eating these English staples, and they still conjure up some of my fondest comfort-food moments.  Fish Pie, Shepherd’s Pie – we top a whole host of savory stuff with mashed potatoes and call it “Pie”.  My friend, Steve – who happens to be a Wolf Handler at a Wolf Sanctuary in England on the weekends – makes the BEST. SHEPHERDS. PIE. EVER.  He always used to tell me that the secret to fabulous mashed potatoes was that you had to go through the pain barrier.  I never argued that point, I just always let him make the mash.  Last time I ate Steve’s mash was on June 9th, 2007.  Yep – it’s that good I even remember {very} clearly the last time I ate it.  We sat in the conservatory and noshed like it was our last meal.  I ate so much mashed potato and steak & kidney pie I thought I might not make it up the stairs to bed that night.  It was awesome. 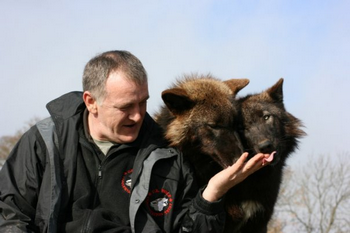 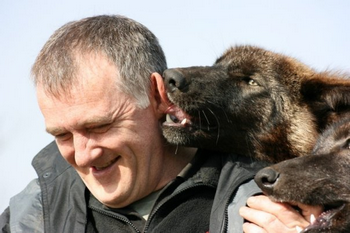 NOTE: These are wolves, not dogs.  Steve is a highly trained, very experienced Wolf Handler.  Wolves are wild, ravenous and extremely dangerous animals.  They could kill you.  Never approach a wolf in the wild, and if you are visiting a sanctuary follow all warnings and instructions given to you by sanctuary personnel.

I decided the other day, while dreaming whimsically about potato-topped pies, that I would come up with a sane version, for those moments when nothing less than hearty comfort-food would do.  This was a week where comfort food was high on my priority list.  I also wanted to trick Mini-Me into eating something she asserted she hated.  Having got The Hubs to declare a new-found love for cabbage and Brussels sprouts, I determined it was Mini-Me’s turn to be {pleasantly} surprised, so I rustled up this Chunky Chicken and Apricot Pie. It sounds so innocent and delicious.  And it is!  But I knew she would never guess that the dastardly cauliflower was involved.

Enter the humble cauliflower.  I’d read several recipes for Mashed Cauliflower here and there, for folks wanting to get the potato rush without the starch-fest and thought I’d try it out on a pie.  The result?  Chunky Chicken and Apricot Pie.  Mini-Me and I were incredulous when The Hubs announced that this was his favorite Friday Night Dinner dish to date.  THE DISH WITHOUT BACON.  Remember – this is the man who thinks bacon is the greatest of God’s creations.  Aside from Mini-Me, of course.  So I’ve got to assume that he really, *really*, REALLY liked this pie.  And Mini-Me?  Mini-Me now likes cauliflower, apparently.  If she doesn’t, she sure ate a lot of it with a big smile on her face last night. 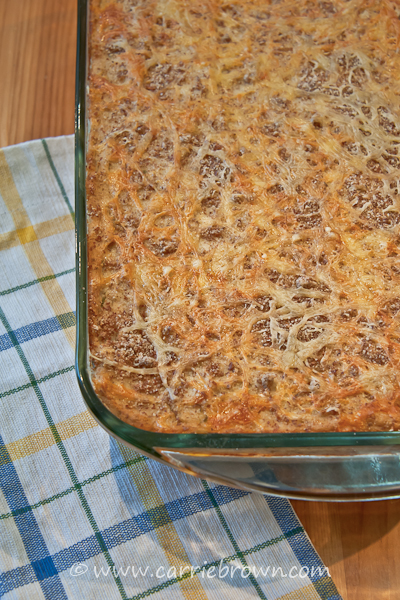 I am cringingly aware that this is not the most attractive picture of a pie you’ve ever seen.  I’m working on doing better at shooting casserole type dishes.  Problem is, when I am doing a Friday Night Dinner it’s more about the recipe and the eating than the shooting, and I have people eagerly awaiting their grub, so I don’t have time to get creative or fiddle around.  I’ll get better though.  Promise.

When you bake a mash-potato-topped pie in the oven it browns.  Not so with cauliflower, so I sprinkled almond meal and grated cheddar cheese on the top to give it a nice brown color and crust.  I also added almond meal to the cauliflower to give it more body & a more mash-like texture.  Next time I will use ground almonds, as the almond meal gives it a brown-flecked appearance instead of white like ground almonds would.  Mini-Me and The Hubs thought the almond meal version just looked like the potatoes had been mashed with the skins on.  Your choice entirely. 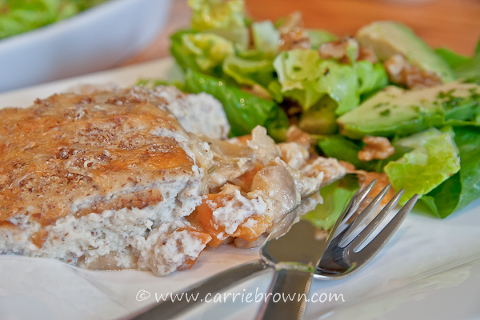 As there is already technically a side on top of the pie in the form of cauliflower, I served this up simply with a beautiful, fresh, green Avocado and Walnut Salad.  Mini-Me pronounced this her favorite salad since the Friday Night Dinners got under way.  I think it’s just because there was avocado involved.  Mini-Me has an intense and passionate relationship with avocados.

This Chunky Chicken and Apricot Pie was an enormous hit.  The apricots impart a tangy, citrus-y note and the rosemary reminded everyone of Thanksgiving stuffing.  The Hubs commented that this pie would be awesome shoved inside a turkey and roasted.  It would sure be a healthy stuffing.  It’ll be interesting to see what Thanksgiving holds over at Mini-Me and The Hubs house this year.

We were so full of fabulous food by the time we finished dinner we all laid on the floor in my family room with “the kids” afterwards.  Seriously filling meal.

My portion control was a bit off and we agreed that this quantity would feed 6 – 8 people.  Mini-Me and The Hubs went home with a Pyrex dish holding enough Chunky Chicken and Apricot Pie for the their lunch today.  It’s great gently heated in the microwave the next day.  I had it for my lunch too.  So we ate it between 6 of us, but that was really generous portions.

Another plus to this Chunky Chicken and Apricot Pie recipe is that you can make it in advance and then just pop it in the oven an hour before you want to serve.  I made this early yesterday morning as Mini-Me and I had planned to spend an hour tidying up the garden before dinner.  I figured I’d pop it in the oven when they arrived and it would be ready when we were done outside.  Turns out the weather was not on the same page and we didn’t get out in the yard, but it did mean I wasn’t madly scrambling around the kitchen trying to get dinner on the table.  Chunky Chicken and Apricot Pie was merrily baking itself in the oven and all I had to do was throw the salad together.  You can even make this pie the day before, cover with plastic wrap and bake the next day.

Chunky Chicken and Apricot Pie = all round awesomeness. 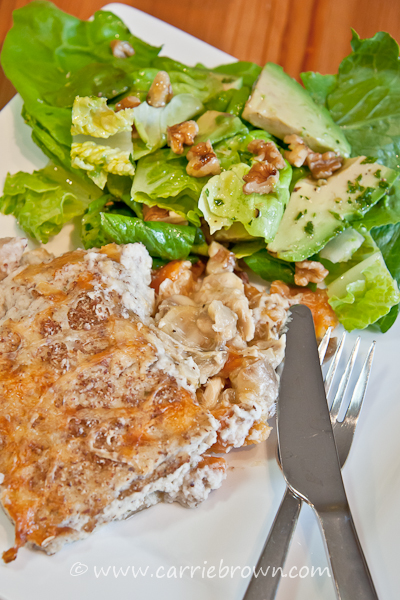 15 comments
« Happily Ever After
Avocado and Walnut Salad »