Georgia on My Mind

Goodness gracious.  I had this Grand Plan before I left for Georgia on July 13th.  The Plan involved posting recipes while I was gone so you would still have exciting new things to whip up in your kitchen while I was doin’ my thing in the Deep South.  The Plan involved a week-long mini-series, “How To Eat SANE While Living In A Hotel and Attending A Week-long Sales Conference With 15,000 Other People”.  And then there were the posts about my road-trip around Georgia, the Carolinas and Tennessee, bringing some Southern heat and color to a screen near you.  It was a grand plan!  Except, when I was planning the plan I forgot a couple of crucial things:

In hindsight, I am not sure when I thought I was going to do any of that writing and posting I’d planned; and if you look at the date of the post before this one, you’ll know.  I posted exactly nothing.  Sorry about that.  Now I am back in super-sunny (yay!) Seattle, and I have so much to tell you I am not even sure where to begin.  It will likely all be a bit of a pickle.  And I’ll throw a whole bunch of posts at you in quick succession – you had the famine, here’s the feast – which was not the plan.  Sorry about that.

Georgia is hot.  HOT.  Georgia is humid.  You know the Coke ad where the girl pours a bottle of it all over herself? I totally get why she thought that was a good idea. 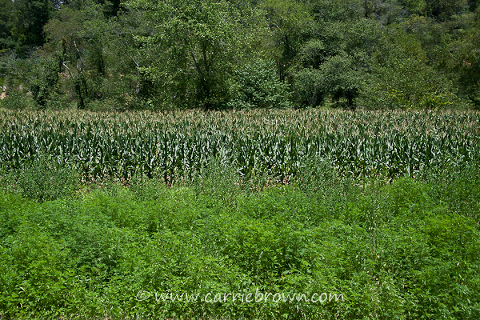 Georgia makes Seattle seem like a desert, which, if you know Seattle, is a pretty bold statement. I still don’t understand how somewhere so hot can be so lush and green, but there you go. I’m glad it is. Big shady trees to loll under, and wide, moss-dripping, tree-lined streets to stroll down. 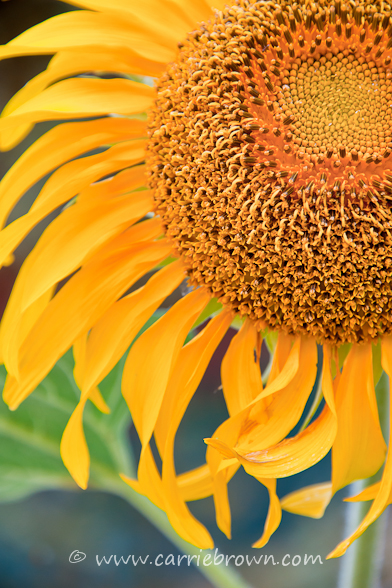 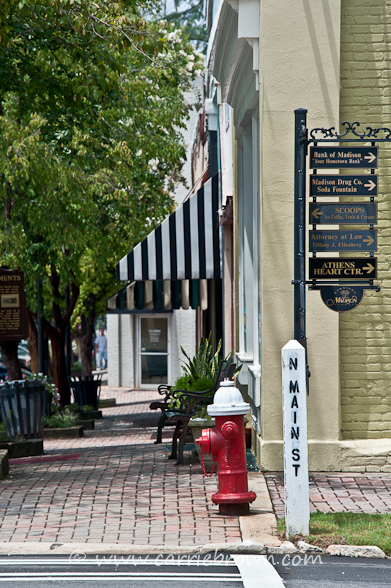 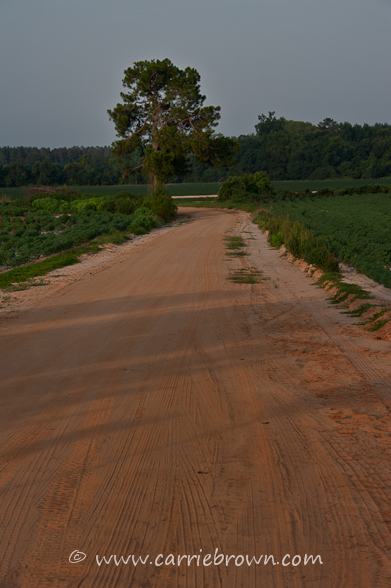 Georgia is beautiful.  There’s a lot of pink to go with all that green; and being in Paula Deen country made me want to get a pink pedicure and buy a large, floppy straw hat.  I think the heat had something to do with the hat bit.  My first foray into the Savannah heat in my trademark black baseball cap had me worried how things would function with a fried brain in charge.

Georgia is awesome.  They love ironwork and planting trees in straight lines. 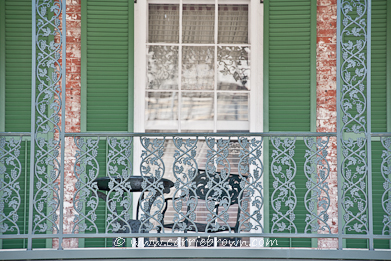 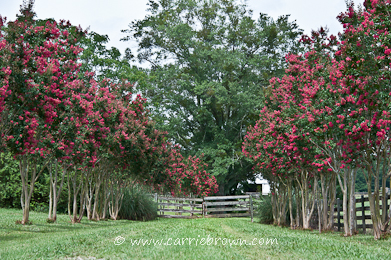 I think I am in love with Georgia.  They love barns with rusty tin roofs, and growing fresh produce. 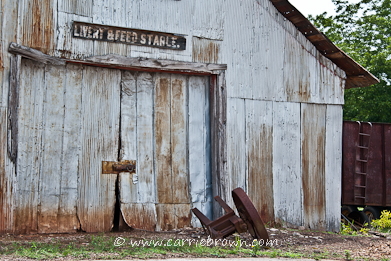 In just a few hours I loved Georgia so much that in an unprecedented move I changed my toe polish color after 11 years of wearing ‘I’m Not Really A Waitress’.  I am now mid-way between Paula Deen pink and Georgia peach.  It seemed only right.  I also changed out my baseball cap for a straw hat. I am not quite sure what came over to me, but I liked it.  I also ate a lot of ice cream in Georgia.  Every day.  Mid-afternoon, there was ice cream.  In Savannah, Leopold’s famous family ice cream didn’t rock my world in the flavor or texture department, but the old-time soda store was super-cute.

I pretty much want to move to Savannah.  It was everything I was expecting and a whole bunch of things I wasn’t.  More character in one park square than other places have in their entire city.  The architecture made me giddy.  I could shoot Savannah for an entire year and still not capture all the cast-iron, pastel-colored, red-bricked, cobble-street, mossy treed, veranda-ed, shuttered gloriousness. 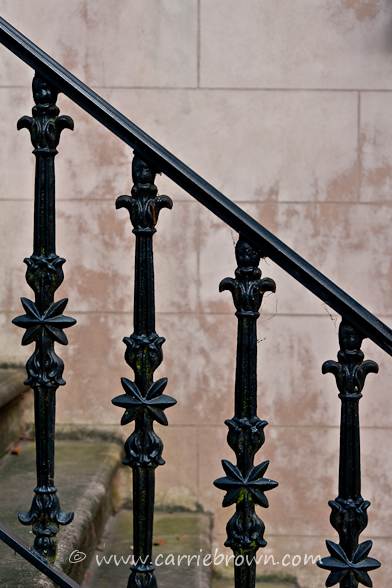 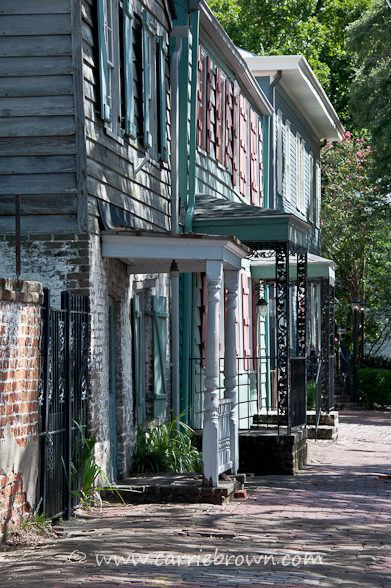 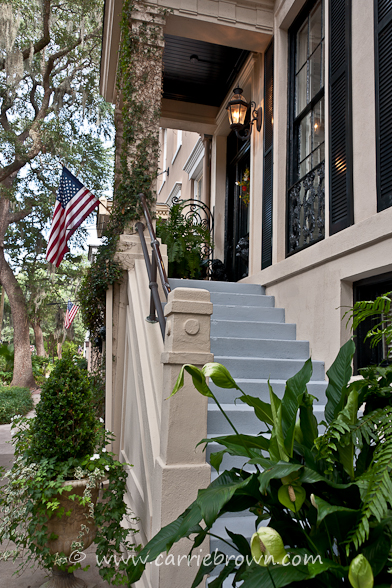 Where San Francisco has fire escapes, Savannah has balconies.  Beautiful balconies.  Wrought iron, cast iron, painted iron.  Most of them small.  All of them perfect. 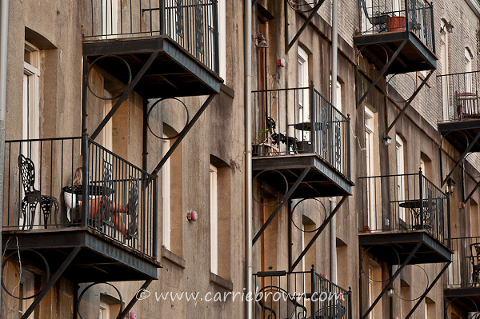 Savannah has those quintessential Southern wrap-around porch homes.  I want to live in this particular one.  I wouldn’t want to clean it though.  Or do the outside painting. 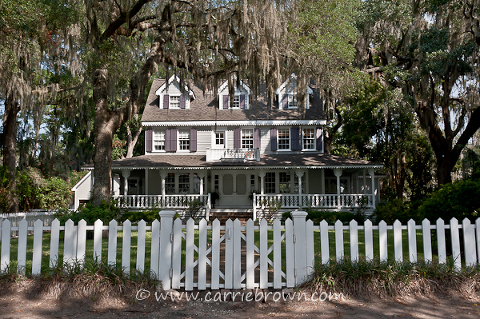 Let’s talk about Spanish Moss.  Savannah has Spanish Moss in spades.  It gives Savannah an ethereal look and feel that I’ve never seen before.  I totally get why so many movies are shot here. 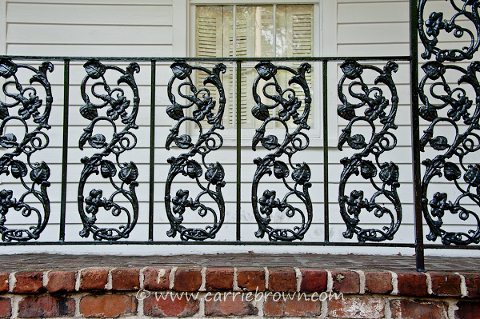 And then there were buildings like this.  I could have been in London, or Paris, or some other old European city.  I never expected it in Savannah. I knew that first day in Savannah that my 1o day Southern road trip would not be long enough.

Savannah is old.  Beautiful.  Character-laden.  Surprising.  Full of Southern charm and hospitality.  Did I mention old?

As for Georgia…how can you not love cruisin’ around listening to a radio station whose tag line is, “Turn Your Knob to Bob”, and plays songs with lines like, “Tequila makes her clothes fall off“, “That was fifteen hundred and sixty-two beers ago“, and “Girl, you make my speakers go Boom Boom“?

Yes, I am still missing Georgia.