I am supposed to be writing about my summer adventures down South.  Instead, I am busying myself with day-dreaming about my next few road-trips and feverishly booking places to stay along the way.  Road-trips do that to me – make me want to plan more road-trips.  I shoulda been a Trucker.  Or maybe one of these.  On the other hand, my recent road-trip to Charleston at the end of July pretty much had me feeling like this.

Holed up in Savannah in 106° heat, I had to sneak out of my hotel at quite a ridiculous hour in order to get to neighboring Charleston before sun-up.  It looks like it’s just next door on the map – a quick spin down Highway 17 and you’re there.  Not so much.  120 miles later I rolled over the Ashley River and eased down Broad Street, ending up at Waterfront Park right on cue for a beautiful sunrise. 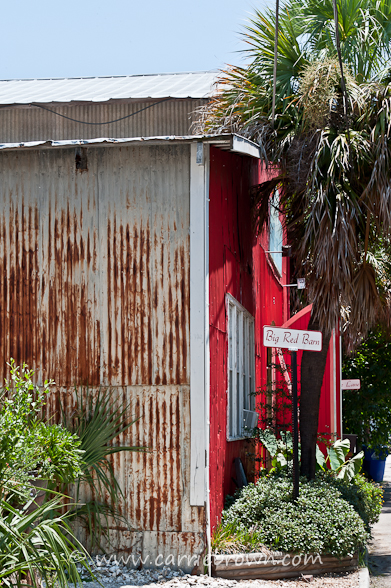 Had I not spent the previous two days in Savannah, I am sure I would have been completely romanced by Charleston.  Charleston is beautiful, yet it has a very different feel to Savannah.  It’s rather more refined and pristine – not having quite the roguish character I felt the other side of the state line.  Charleston has an air of upper-crust about it; wildly expensive houses, and neighborhoods with nicknames like SNOB – Slightly North of Broad – where Broad delineates the haves from the have-an-awful-lot-mores.  In Charleston, you’ve definitely arrived if you live South of Broad, on the southern tip of the peninsula.  Charleston felt more gracious, Savannah less superficial.  Charleston is renowned for being the most polite and hospitable city in the nation, which is interesting given that the rate of murders and rapes is twice the national average.  Notwithstanding, Charleston felt very proper.  Savannah, more real.  It’s a lovely city, I just didn’t discover the same depth of character that I fell in love with in Savannah. 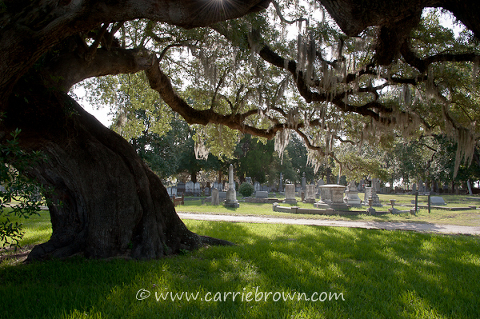 One of the highlights for me was Magnolia Cemetery.  What a serene, beautiful, peaceful place!  The tumbledown gravestones hint at centuries of complex history.  Confederate flags fluttered everywhere.  Given that I did no American history at school – other than knowing that America existed – I found myself wanting to understand what had happened in these parts.  I wish I’d paid more attention to North and South, and Roots, when they first burst onto our screens.  I’m thinking there’s some movie-watching in my future.

Magnolia comes complete with lush, green lawns and a picture-perfect lake rumored to be home to a few ‘gators.  Geese and herons were all I got a glimpse of.  Somehow ‘gators seemed rather too beastly for such a calm and quiet place. 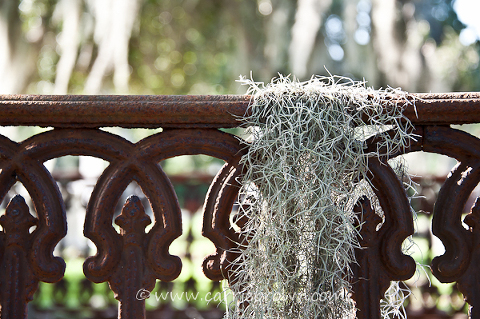 The Spanish Moss hanging from every branch, and draped over every rusty railing made the cemetery look like an Instagram photo with a softening filter applied.  Dreamy, floaty, romantic, serene.  I could have spent hours here just lounging on the bench by the side of the lake. 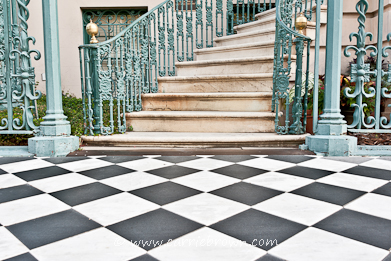 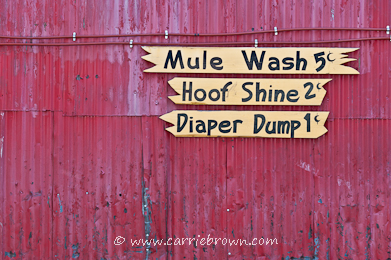 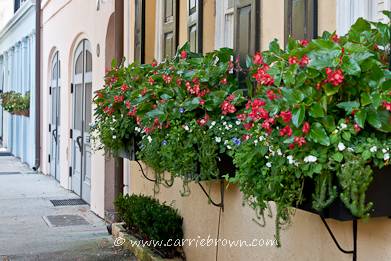 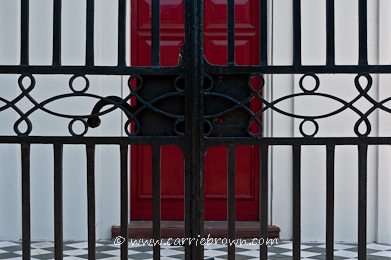 There were horse-drawn carriage rides and miles of cast-iron waiting for my attention.  Red bricks and white weather-board all over the show.  Flower boxes proliferated, vibrant frothy ferns in hanging baskets swung from every conceivable spot.  Fake front doors adorned the gentrified homes on the southern tip of the city.  The doors, which open onto long, exposed porches signify whether or not the residents are receiving guests.  I want one. 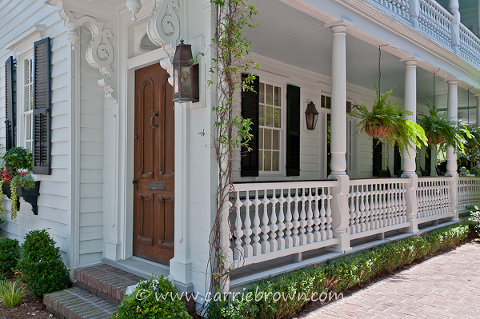 When you’re in Charleston it’s mandatory to take a carriage ride.  I won the prize for being the furthest away from home.  A little ripple of gasps ran round the buggy as I announced my hometown to our host.  Seems they don’t get a ton of Seattleites on board.  The buggy I rode in was driven by Bones – a tanned, muscled, tousle-headed blond with a charming Southern drawl and a stash of cheeky asides – and on occasion it was hard to keep focused on the architecture of the buildings.  I blame the heat.  And the fact that Bones drove standing up.  It was a slow, delicious ride around 30 or so blocks of downtown Charleston with Otis the mule (half horse half donkey) clearly in no hurry.  I was in no rush to change my viewpoint either. 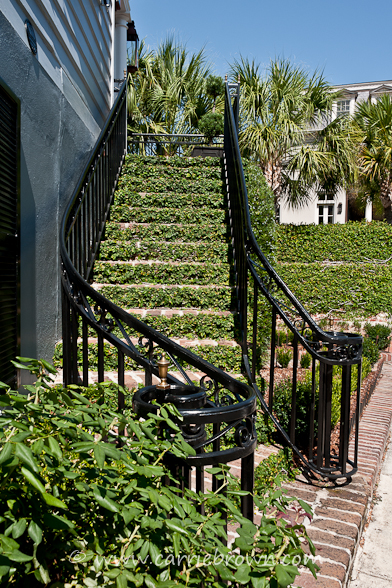 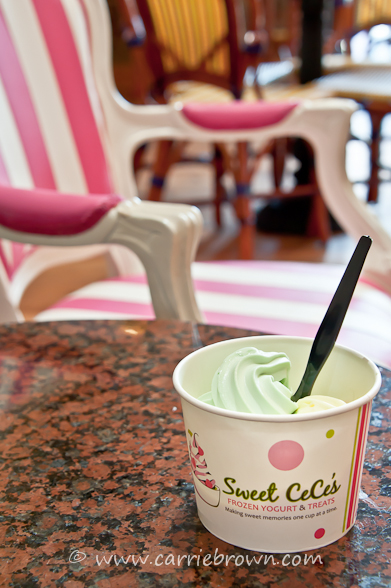 Cobbled streets, skinny alleyways, buildings & stairways covered in creeping fig.  Manicured parks and enough benches to seat an army of tourists.  The breeze whipping across the bay made a stroll along the sea wall bearable; relatively speaking.  Bay Street is lined with fantastical vintage houses painted in every shade of pastel and decorated with railings and balconies galore.  I am not sure Charleston couldn’t be any prettier if it tried.

I found a delightful ice cream shop – Sweet CeCe’s – with elegant pink candy-cane striped chairs where I had my afternoon frozen yoghurt treat – Mint Julep and Southern Lemonade – flavors you’d only find in the Deep South.  It was a scrumptious few moments of cool before heading back out to the bustling market. 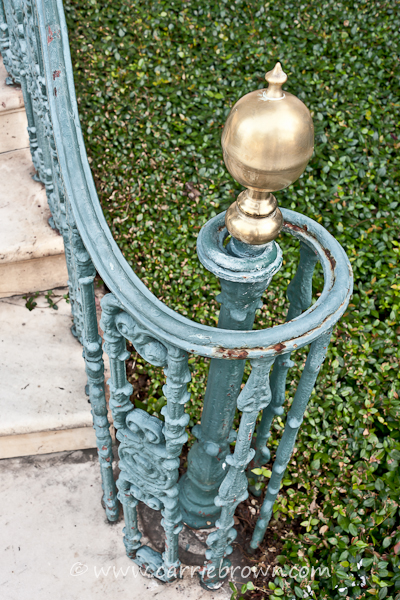 All day long while I was trundling around shooting stuff & taking in all the historic beauty that Charleston oozes, I found myself wondering, “Who in their right mind would go running in this heat??”  Here in the South, in summer, if you want to break a sweat, all you have to do is get out of bed.

Flower boxes make me smile.  It will come as no surprise then, that I was smiling most of the day.  Charlestonians love their flowers.  I have no idea how they keep them from wilting in the searing heat, but they’ve obviously got it down. 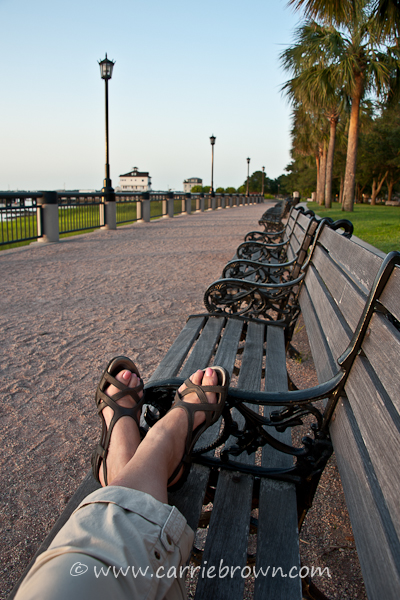 Watching the sunrise from Waterfront Park was a *really* beautiful thing.  Fences, benches and feet.  3 of my favorite things, right there in the early morning glow.  The start to a great day.

Other things of note from my day doin’ the Charleston:

Charleston – I totally get why they named a jolly dance after you.