How To Cook A Pork Chop

I really should have titled this post “Things I learnt In My Therapist’s Office”, but I am as certain as I can be that 99% of the things I learn in my Therapist’s office are of zero interest to anyone but me; oh, and my long-suffering Therapist.  I say long-suffering, but he’ll sure miss me when he’s finished fixing me.  I can be highly entertaining when I circle myself into some ridiculously non-sensical argument.  He’ll also miss the generous amounts of sass I serve up on a weekly basis.  I’ll definitely miss having someone hold my feet to the fire, and forcing me – ahem, I mean encouraging me – to view things in a different way.  I’ve learned a lot, in therapy.  I wouldn’t be here today if it wasn’t for my Therapist.  I also wouldn’t know how to cook a pork chop.

One of the things I learned in my Therapists’s office a few weeks ago, however, is something that apparently a lot of you are very interested in learning too, and that’s how to cook a pork chop.  I must have shown up way early that day because I had enough time to read some crazy scientific paper on the science of cooking a pork chop to retain maximum juiciness.  Nope, I am not kidding you.  It was like 7 pages of graphs and charts and data analysis and other scientific gobbledygook.  I suspect that you don’t have the time – or the inclination – to read 7 pages of pork chop geekery, so just like I tend to do with Bailor’s stuff, I am going to boil it all down into just 6 words for you.  There’s just 6 sweet little words between you and pork chop perfection.

But before I do, let me just say THANK YOU, Mr. Therapist, for putting up with my BS for over 6 long years, for telling me when I am being ridiculous, for being one of my biggest cheerleaders, for only calling the EMTs on me once, and for teaching me many, many, many important things. Including how to cook a pork chop. Eddie, you’re awesome.THAT, is a perfect pork chop, people.  Perfectly cooked, perfectly juicy, perfectly perfect.  So what’s the 6 word secret? 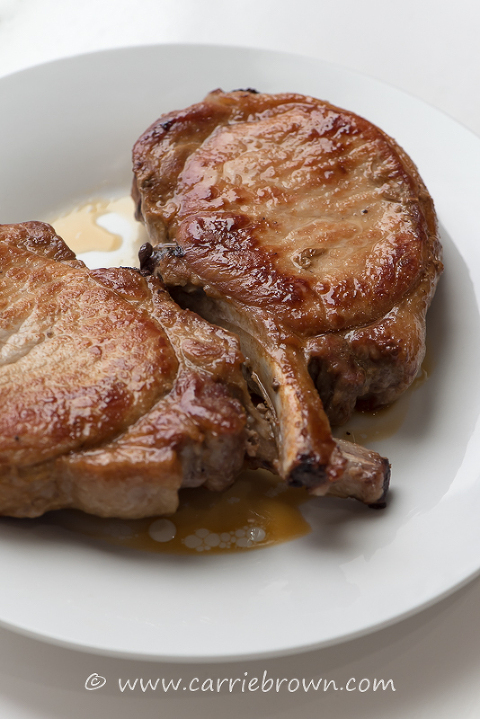 Do not heat the pan first.

Or, put another way:

Start with a stone cold pan.

That’s it.  THAT, ladies, gentlemen, and beloved SSoS’ers, is the secret to pork chop nirvana.  A cold pan.

I had to try it out because it sounds so absurd, but also because I really want juicy pork chops for the rest of my life.  So I got my cold chops, slapped them in a cold, dry pan, put them on the cold stove, and then whacked the heat up.

Then I peered warily into the pan, my forehead wrinkled with worry when I saw that the pan was completely dry.  And I do mean COMPLETELY.  I became convinced I was going to have the driest pork chops EVER.  UGH.

Then I turned them over.  Then, when they were golden brown, I slid them onto the waiting plate, because despite not pre-heating the pan or using oil, they did not take any longer to cook than the way I had always cooked them before. Which is both impossible, totally weird, and completely awesome, all at the same time. 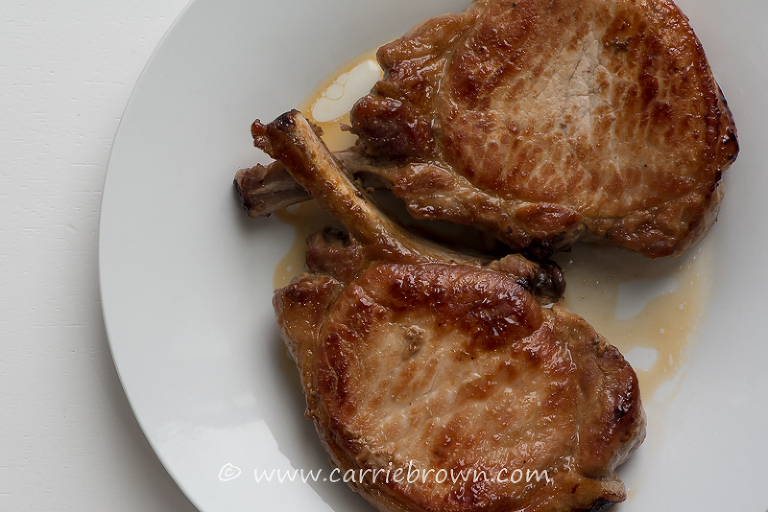 Then I ate them.

Want to know why the pan was completely dry while they were cooking?  Because all of those divine porky juices were sloshing around inside the chops.  True story.

Now, hurry up over to your stove and getting cooking, now you know how to cook a pork chop.  Chop, chop! 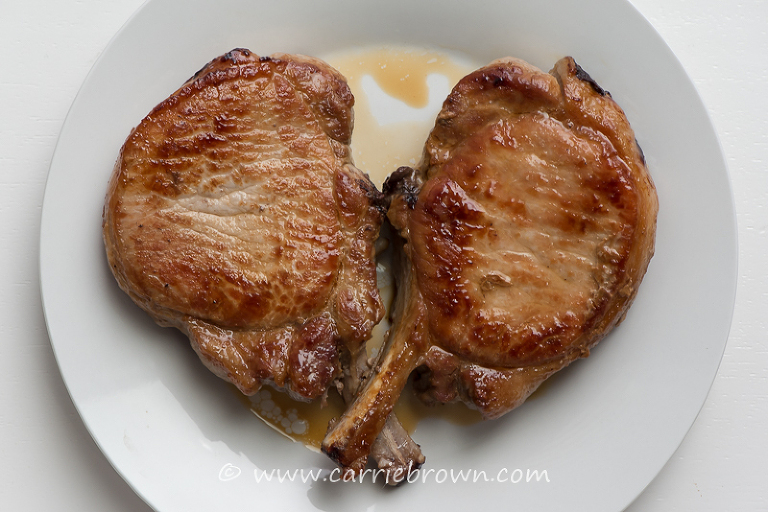 THANK YOU for your support! You make all things possible.