Tags: Life, Oregon, Washington, WTF is wrong with me?

I’m in my pj’s and a rather delightful pair of black and white dotted socks, sitting in front of a lovely log fire in a cabin by the side of the North American continent’s largest volcano.  I’m mighty glad I didn’t get up for the sunrise, because there wasn’t one.  That’s not to say that the sun didn’t rise – it’s just that it did behind a swirling wall of fog and cloud, and steam venting from the earth’s crust.  All told that’s a lot of stuff to shine through.  Which is, I’ve just realized as I typed that, pretty much the story of my last 9 months.  There’s been a lot of stuff to shine through.

Back in June – OK how in heaven did it get to be October?? – I wrote about being stuck, or rather trying to get unstuck.  And a little shy of 3 months later I DID get unstuck.  Hoorah!!  Unfortunately, because I am generally bouncing around doing stuff and don’t always stop still long enough to listen to what I need to focus on, and because I have tendencies towards the stubborn end of things, I managed to miss the connections between everything that was happening and I just couldn’t figure out how to move forward.  Before I could get unstuck, life had to cut me off.

Having become stuck last January I told you all about the feelings, the emotions, the thinking parts of me that were clothed in grey and paralyzing me from taking action.  What I didn’t tell you were the physical things that came along for the ride.  I couldn’t make sense of what was happening to me physically so I kept it to myself.  I couldn’t just throw it out there in this space without understanding what was going on. I also didn’t realize at the time that my stuckness was in any way related to my body – I thought it was just a mind thing.  Are you ready for the whole story?  Then let’s begin.

After I triumphantly proclaimed that the elephant had left the building a little over a year ago, every last little thing was going swimmingly.  My brain was back online, I was 30lbs lighter (thanks to this) and I felt fantastic.  I was getting my road trip and camera mojo back and then what do you know?  I started creating recipes again.  I had a fantastic new day job and Carrie Brown was back on track.  Life, the Universe, and everything, was awesome.

Around Turkey Day I began to feel a bit down, and somewhat agitated.  I kept plugging along regardless.  As December galloped ahead I could feel the stress building and couldn’t wait for the Christmas break: road trip to Klamath Falls!  I drove – a lot – circumnavigated volcanoes, stood on the edge of Crater Lake in huge piles of snow wearing my big girl gaiters on a sparklingly clear, crisp winter day, gasping at the beauty before me, and went over the hills and far away to see hot springs in Surprise Valley and to put one foot in Nevada.  I explored the moonscape that is the Lava Beds National Monument, went burrowing down some lava tubes, and descended deep into a cave to see it’s ice floor.  I marveled daily at the extraordinary cloud formations that hung like a monk’s tonsor around the Klamath valley and went in search of monstrous pine cones along winding roads edged with towering evergreens.  I was up before dawn to photograph the soft, gentle winter sun as she slowly lit up the misty landscape, and home after dark after capturing her setting below the mountains.  And to top it all off I didn’t get one single speeding ticket.  Have I ever mentioned to you how much I love my radar detector? 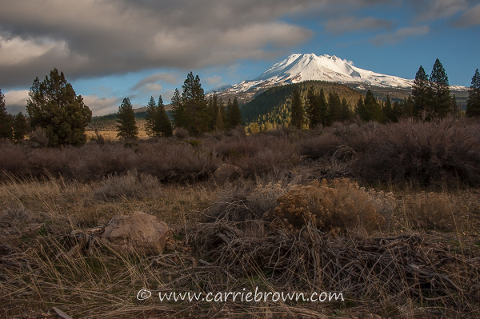 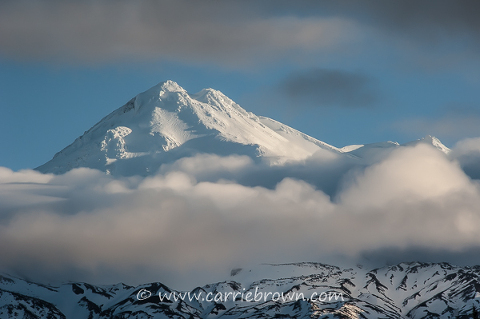 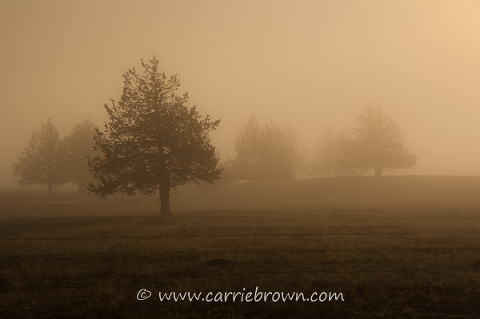 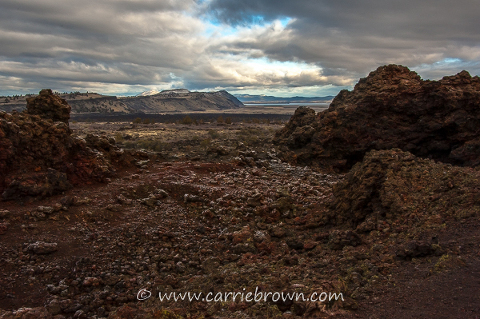 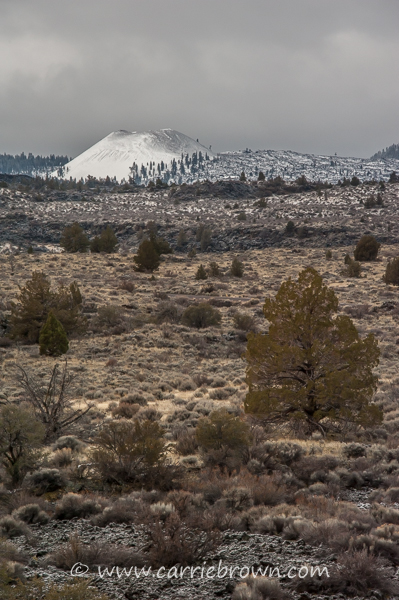 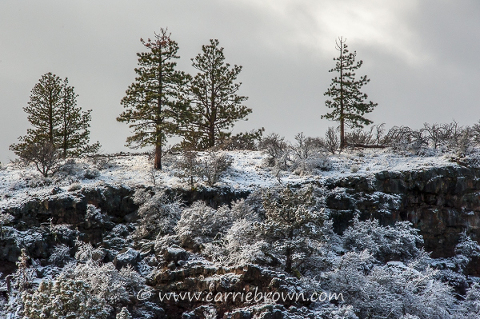 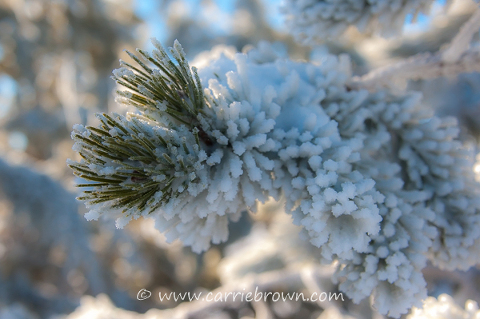 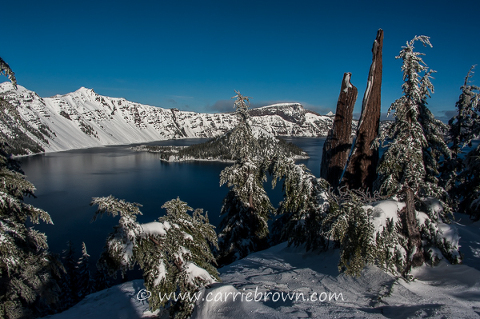 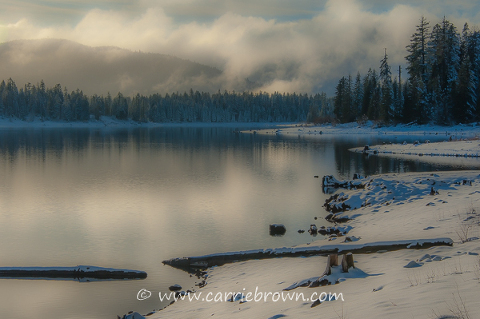 How was it possible that the blahs tagged along for the ride?  Something’s going on.

The post-holiday slump into directionless ensued.  It made no sense, but my ability to drag myself out of the doldrums and get on with things that had always made my heart flutter receded with each new day.  January lumbered along, collapsed into February, and brought with it an extra 19 lbs.  NINETEEN POUNDS.  And before The Trolls hop on the train to Stupidityville, emphatically no I had not slipped and fallen off the low carb and healthy wagon.  Somewhere in among the grey, dreary winter days between New Year and Valentine’s I strapped on a thick coat of adipose – which made absolutely no sense and was clearly impossible by the laws of fat loss biology, and yet there it was.  Something’s going on.

Somewhere in those dank, dark days my brain went sideways requiring some fast-thinking intervention in the form of an increasing dose of Lamotrigine, which stopped my brain from wanting to kill me – always a useful strategy.  And while I no longer wanted to slip into an endless sleep, the blahs tagged along as March roared in.  If more medication wasn’t lifting me out of the doldrums, something’s going on.

Me and migraines have been hanging out since I was 16 – sometimes more often and sometimes less – but the only relief the medical profession could offer was pain killers.  By the end of March the headaches were daily.  The migraines were coming faster and staying longer.  Nausea was my middle name.  Every afternoon I was popping PainAid like candy.  At best it stopped the headaches from raging into a migraine, at worst it had no effect at all.  In early July I was hospitalized with migraines twice.  Something’s going on.

Sleeping was problematic.  Falling sleep was hard.  Staying asleep was harder.  Getting up was like climbing Everest.  Left to my own devices I would wake up at 8:30 am, which is some 3 hours later than I have woken up for most of my life.  My circadian rhythm had, well, lost it’s rhythm.  It was like I had moved to Pago Pago, or had permanent jet lag from my last trip to New York.  Something’s going on.

Patches of psoriasis were popping up all over.  The huge patch over my right elbow was becoming a serious contender for an Olympic medal in the skin-growing-and-falling-off race.  Not to forget the shade of fire engine red poking out from beneath the scaly mess.  It was the worst it had ever been.  Something’s going on.

My ears itched constantly – inside and out, my thumb joints hurt – even when they weren’t actively involved in anything, and the skin on my feet was so dry it seemed like I must have walked barefoot over the Sahara.  If someone looked at me too hard I bruised.  My cheeks had tiny little whiteheads popping up.  The eczema on my face flared up – little patches moving in over night and taking up residence.  My eyes were dry.  Going to the bathroom was always a bit of an emergency – and it wasn’t the xylitol’s fault in case you were wondering.  My hair was getting thinner.  My brain was taking longer and longer to get going in the morning, and if my mind isn’t sharp as a tack – something’s going on.

By June I was simply exhausted, but I wasn’t paying attention.  You know how all these little symptoms quietly sneak in and you don’t even really notice them at first?  Or how they just become normal?  Or how we are just too busy to notice what is even going on with our bodies until one day we wake up and go, “WOAH. Who IS that in the mirror??”  Or how society tells us these things are just expected as we get older?  Yeah.  Guilty as charged on all four counts.  I put the exhaustion down to stress at work as we closed out one fiscal year and geared up for the next.

As July breezed in though, nothing eased, and then I got back on the merry-go-round: my brain went sideways and we upped the Lamotrigine.  My concentration and ability to focus took a nose-dive, I was so tired I didn’t know my ass from my {psoriasis covered} elbow, and I could barely make it through the day.  I hid it well at the office, but performing like a seal at Seaworld when your brain is trying kill you is entirely exhausting – physically, emotionally, mentally.  But someone saw through the Oscar-winning performance.  Late one afternoon my boss stopped by my office.  He stood in my doorway and said, “It’s really hard seeing you like this”, and I knew the game was up.

Life cut me off.

With my boss’ words, “Do whatever you need to do”, ringing in my ears I packed up my stuff and headed home.  We agreed that I would work from home while I figured out what in the world was going on with my body – because clearly something was.  And I could no longer ignore it:  I was barely functioning.

When I got home my exhaustion and frustration were palpable.  I laid down on the couch with a bundle of cats and sobbed.

I eat this fantastically healthy, nutrient dense diet – how is it even possible that I am not a vibrant, energetic, life-loving chick?  It was impossible that I had gained 19lbs while continuing to eat low carb and healthy – and yet I had.  What is happening to me?  What is wrong with me?  How can I be ill when I live and eat the way that I do?  I have no control over my body anymore.  Why am I living and eating the way I do if I am only getting sicker and sicker?  It makes zero sense.  Something was going on, and somehow I had to find the energy to figure it out.

Being able to get up at 6:55 instead of 5:30 made a huge difference.  Not having to primp and preen every day made a huge difference, as did not having the commute both ways to tangle with.  Inserting the myriad of medical appointments and testing was so much easier, but mostly, not being surrounded by people nor having to showcase my best acting skills every day was the most enormous blessing, and I am more thankful to my boss than I will ever have the words to express.

First I went to my regular Doctor.  Same old, same old.  Blood tests are all normal so there’s nothing wrong with me.  But clearly there was something wrong with me that a low carb and healthy diet alone couldn’t fix.

And so the journey began.

3 months later I have unraveled the mysteries and am 5 weeks into my treatment plan.  Every day I feel a little bit better, and I now have no doubt that I am going to finally be free from all that has ailed me on and off my whole life.  But what excites me most is that my journey may also help you to unravel your mysteries, and that, lovely readers, is why I believe that the Universe brought me to this place, and why I am no longer stuck.