This Cinnamon Pecan Cream is a super easy dish to throw together and can totally hit the spot when you’re looking for a little after-dinner dessert or a cold-cereal type recipe to break your fast. It’s mostly like Rice Pudding without the rice. And I know y’all miss rice pudding. 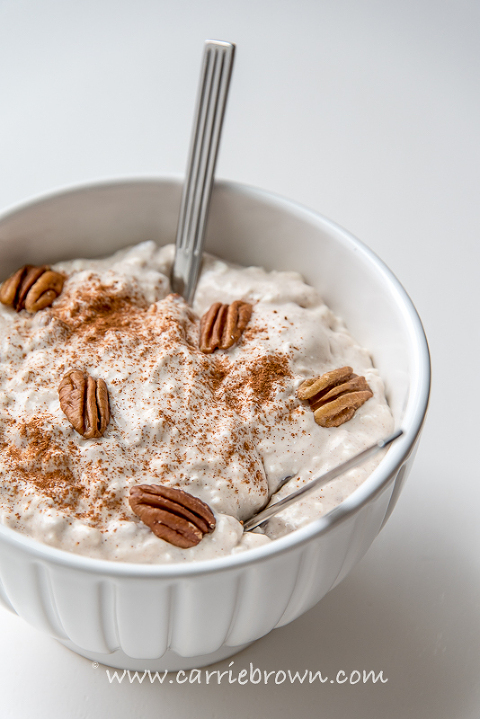 Way back when I would have tossed a big ol’ bunch of raisins in there and called it good. But nowadays I don’t binge on the dried fruit because really it’s just like eating concentrated sugars, and I have found that life and my body all goes a lot better when I’m not fueled by sugars. A couple of unsweetened cranberries in a cookie, or a couple shards of apricots in a cupcake here and there, but that’s it. Dried fruit really adds to the carb situation. 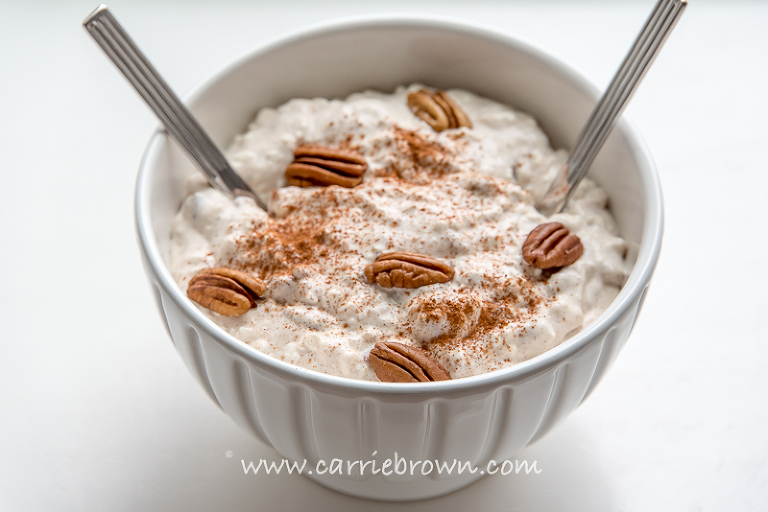 These days I’m enjoying toasted nuts in my ‘rice pudding’ just as well. I think you will too. This Cinnamon Pecan Cream is a great way to introduce your wee ones to the delights of dessert that aren’t overloaded with sugars. It feels like dessert, it looks like dessert, and by jove it tastes like dessert. Unlike most desserts though, it doesn’t cause your blood sugar or insulin to go nuts. See what I did there? Oh, never mind. 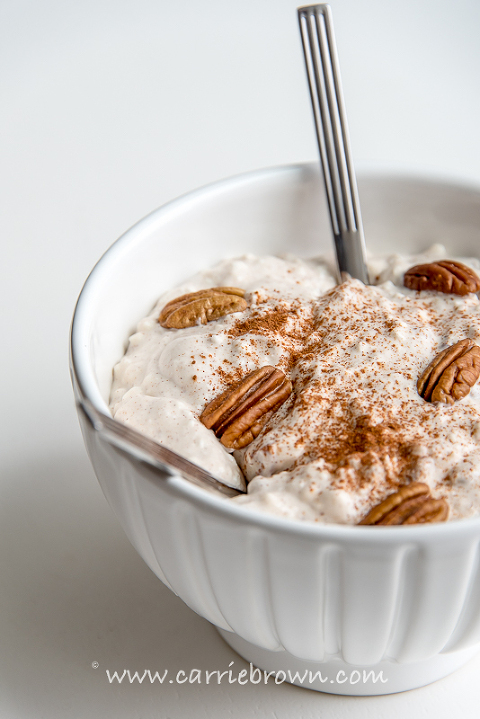 When using Greek yogurt, always look for the one that has the lowest sugar / carb content. That might be a non-fat one. But you can always add back in extra fat as needed in the form of mixing in heavy cream. This is what I tend to do as the lowest sugar Greek Yogurt I can get locally is fat-free. So don’t stress about buying low-fat – remember the number 1 driver of ketosis is absence of carbs, not presence of fats.

Whatever Greek yogurt you end up choosing, don’t waste any time heading to the kitchen to whip this Cinnamon Pecan Cream up for dessert!

Podcast Episodes and You Tube Videos 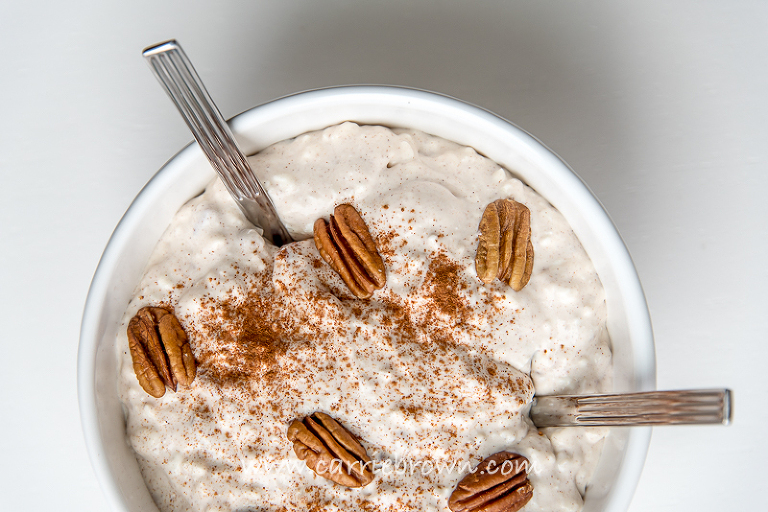