A friend of mine gave me a list of places to eat a great breakfast in San Francisco.  Tartine Bakery was on that list.  So Day 3 in San Francisco saw me up at the crack of dawn (no change there then), charging south in my trusty 4-Runner to the Mission District.  Just like the parking meters in San Francisco, Tartine’s opening hours vary depending on the day of the week, so careful planning was necessary to make sure that I was at the right place at the right time.  I could smell Tartine long before I actually spotted it, so at least I knew I was close.  The smell was bordering on the aphrodisiacal.  I was also early, which was just fine because:

1.  There was already a small gaggle of people collecting outside (in San Francisco I’ve noticed that people pace)

2. I had to navigate the parking restrictions of a neighborhood I had not been in before (since I was almost half way to getting my Degree in Parking from the University of San Francisco, I saw this as just another opportunity to test my newly acquired regulations knowledge & advanced manoeuvring skills) 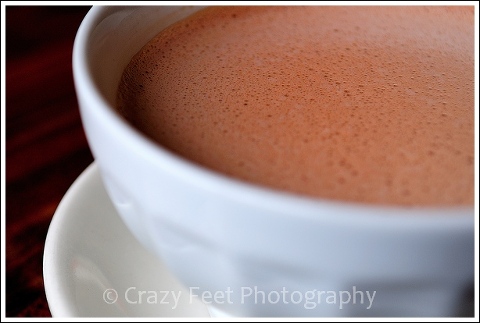 The hot chocolate was simply outrageous.  {Tom Douglas – please note.  Please.}  It was served in a large white porcelain (swoon) handle-less bowl.  Oh my.  Just like they do it in France.  The bowl was filled with a deep reddish-brown, thick, frothy liquid which I later discovered was a combination of Straus whole milk (comes in glass bottles – I’m in love) & both Valrhona cocoa powder & 64% chocolate (likely Manjari – the one I keep a 3 kilo bag of in my office).

The seating in Tartine is pure European:  a long communal table & a smattering of small tables all cozied up almost touching one another.  There was a food-fest in progress at the communal table – four friends with forks flying & arms intertwining back & forth across the table between the 4 plates each cocooning a different morning pastry.  The fun & enjoyment being had in that little group was palpable as they exchanged meaningful glances on their first bite of each tasty treat.

I studied the menu & there listed under Breakfast Pastries was Croque Monsieur, that most glorious ham & cheese sandwich that the French make so well, but the girl behind the counter told me that they didn’t serve sandwiches until 11:30 am.  Despite my protestations about the declaration on the menu of Croque Monsieur being available before all the other sandwiches, she refused to let me have one.  Some of the servers were typical San-Francisco-Snooty while others, like the adorable guy working the beverage bar (whose name I unfortunately can’t recall) were happy to help, happy to serve, happy to humor an English visitor.  Anyway, having determined that I wanted a savory start to my day, that left me with quiche.  I was up for {good} quiche. 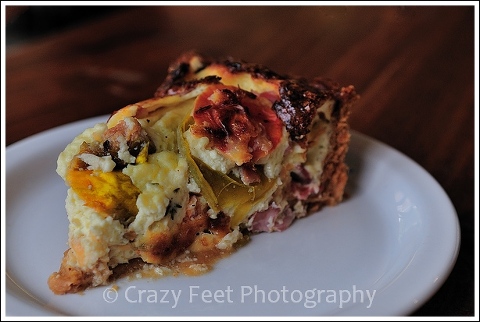 Tartine’s quiche was very good, but not amazing like the quiche at Seattle’s Honoré Bakery.  I have probably been forever spoiled since I ate quiche at Honoré.  They raised the bar so high it will take a miracle for someone to reach it.  However, when it comes to Lemon Cream Tart, Tartine have a bar so high I don’t think even a miracle could de-throne them.  Tartine’s Lemon Cream Tarts ARE a miracle. 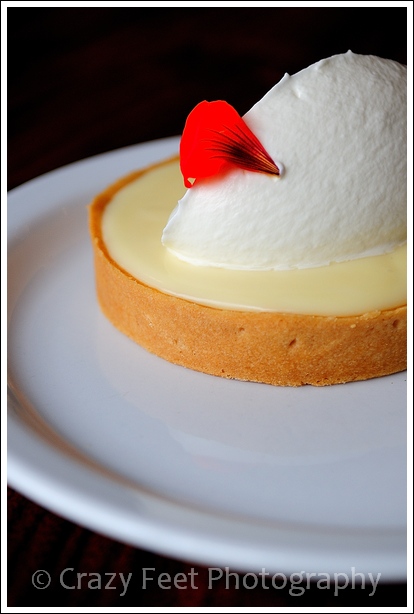 Lemon Cream Tart – there are no words

Tartine’s Lemon Cream Tart was the single most delicious thing I had eaten in weeks.

Having eaten one, I describe it thus:  An unbelievably smooth & lemony deliciousness encased in perfect, crisp, sweet pastry with a swathe of pure, fresh cream adorning the top that will make your lips quiver, your voice tremble & your mouth think it has gone on ahead to heaven. 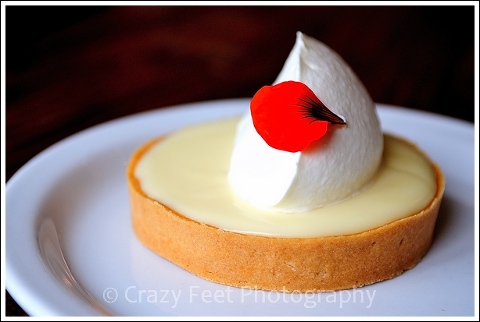 Each tart was $6.25 – which is pretty steep for one tart, even in San Francisco.  I would have paid $8.  Yeah, they’re that good.  Plus, I didn’t want to eat for the rest of the day lest my taste-buds should lose those last traces of the heaven that had been theirs.

I wish I had longer in San Francisco.  I want to eat my way through Tartine’s entire display case.