I didn’t have much time to myself on this trip.  In fact, I think my “me” time lasted about a total of 2 hours, when, on the last night of my stay in San Francisco I suddenly realized that I hadn’t eaten any seafood or any sourdough bread and I hadn’t ridden on a cable car.  And that situation would need to be rectified before I hotfooted it back up the I5 to Seattle in the morning.  There is a reason I was known as The Pommie Rev-Head when I lived in Australia.  The same reason I love my radar detector :-)

So I headed down to Fisherman’s Wharf to catch a cable car down to Union Square and back.  Then once I was back at the Wharf I wandered to one of the piers to find a suitable dining spot.  I knew it was a tourist trap, but there’s some things you just gotta do.  Add to that my English heritage & you realize that fish-and-chips anywhere is a major disappointment, even though you hope against hope every time of finding fish ‘n’ chips just like they do back home.  I was in San Francisco…maybe things would be different here. 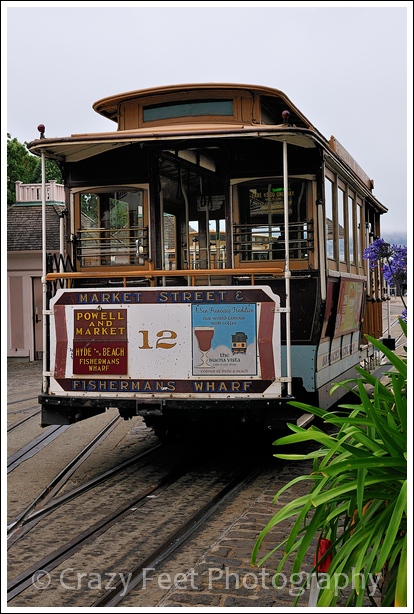 There are rows of seafood joints on the piers on Fisherman’s Wharf – most with outside carts serving passers-by but with a sit-down restaurant behind if you didn’t want to just pass-by.  I didn’t want to eat & walk.  I wanted to sit & enjoy my first & last San Francisco seafood.  I settled on Alioto’s Waterside Café, who seemed rather more interested in feeding a lone diner than the others.  It was also strangely inexpensive which was odd since tourists will pay just about anything for an “experience” these days. 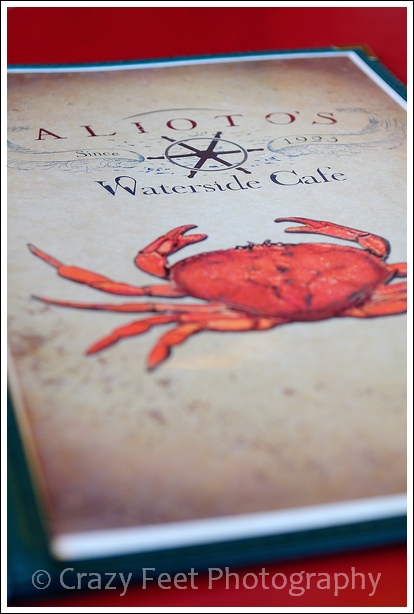 I had pretty low expectations of the food.  I imagined that these pier-side restaurants really only catered to tourists, which usually means that the focus is on quantity (& fun-factor)not quality.  So not wanting to be disappointed I assumed the worst, but knew that it would at least be another thing to say that I had done, another box I could check.  Which all goes to prove just how wrong I can be. 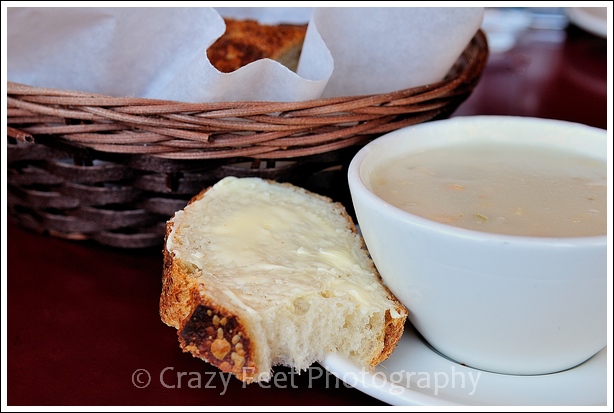 The Fish-and-Chips dinner came with Chowder or Salad.  I had to have the Clam Chowder:  it’s one of my favorite things to eat, this was my 2 hour vacation & I was in San Francisco.  I am a die-hard Ivar’s Chowder fan so I was prepared for a serious disappointment.  Which I am thrilled to say didn’t happen.  The Clam Chowder was awesome.  Super tasty.  The sourdough bread was amazing.  It was tangy, it had a great texture, it was chewy, it had a fantastic crust.  Best sourdough bread I’ve ever eaten.  I mean, I know San Fran is the home of sourdough bread but I thought sourdough was, well, just sourdough.  This super-sour sourdough rocked.

Then came the main event:  fish’n’chips.  Served on paper in a basket (not newspaper but close enough), I had higher hopes after tasting the chowder. 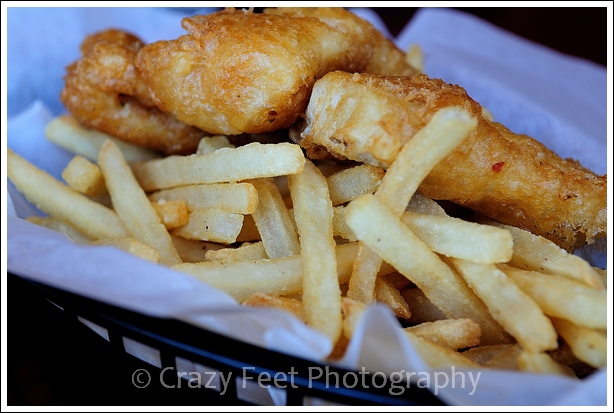 It looked good, although the pieces of fish were rather neat & tidy.  People, fish just doesn’t come like that.  Those neat little blocks…they’re made up.  Fish is lumpy & has bits sticking out & is fat in the middle & skinny at the end.  But, I have to admit, it still tasted good despite it’s sanitized appearance.  The chips looked like fries instead of real chips – you know – fat, chunky, scoop-up-a dollop-of ketchup chips, but I haven’t seen a chip as wide as an old sailor’s finger in years, so I wasn’t surprised. 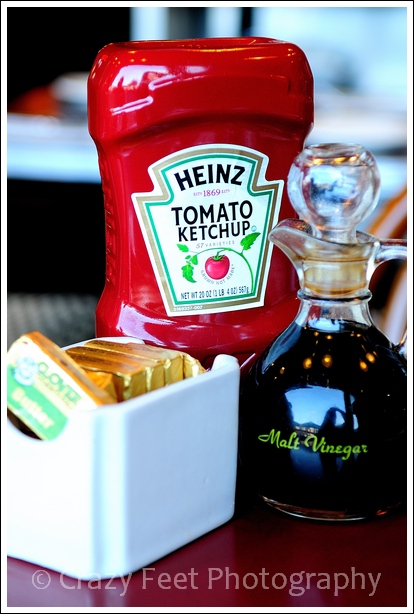 Malt vineger, real butter & Heinz tomato ketchup - they sure had the condiments right

I gotta tell you…at first it was really strange putting malt vinegar on such skinny chips, but once they were in my mouth who would know they were skinny?  They tasted great.  They looked like McDonald’s fries, they tasted like real chips.  Yay! 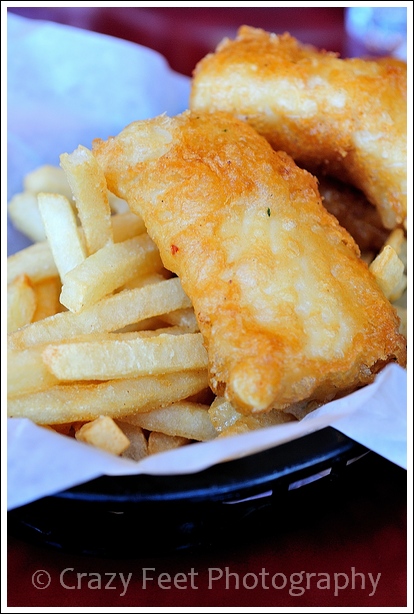 And you know what?  The fish was good, the batter was good…heck the whole meal was a darned fine take on fish’n’chips.  The fish was moist & flaky & tasty.  The ratio of batter to fish was too high because they made the fish into all those nice neat blocks, but hey…I got my fish’n’chips fix in San Francisco.  I’d go there again.  It even made me want to track down the best fish’n’chips in Seattle.

I may only have got 2 hours of vacation in San Francisco, but it was a very fun & tasty 2 hours!