It Seems To Me

I’ve been in England for 13 days now.  I’ve started this post more than a few times this week.  Just lately, it seems to me, there’s been an awful lot more traveling going on than eating or writing.  And shooting.  There’s been a lot of shooting.

First there was the Grand Canyon episode, and gosh I haven’t even told you the half of that whole 10-day escapade.  Then October raced in and announced Fall’s arrival in Seattle – all dressed up in it’s glamorous best – and it wasn’t terribly difficult to drag myself outside to revel in the red, orange & yellow hued leaves, or take long drives to shoot the ever-changing spectacle of Fall on surprisingly warm, gorgeously sunny, weekend afternoons.

In amongst the leafy autumnal adventures there were a few good meals, but then, before I knew it, it was time for the annual pilgrimage to the land of old & creaky things, inhabited by an offal-eating people: England. 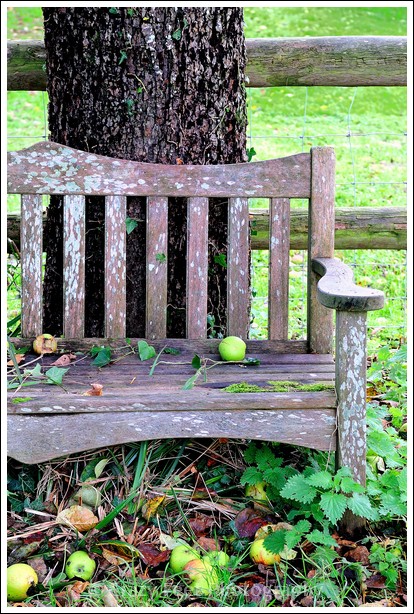 I had this grand plan to catch up on past posts while I was here – while the babies slept or went to play at Nursery, while their Mommy & Daddy were beavering away at their respective jobs, while everyone in the US was sleeping instead of sending me work to do.  The weather had other plans.  Unseasonably warm, beautiful days filled with pale, fragile winter sunlight enticed me out to play.  And then…then there was what I will henceforth refer to as “The Morning of The Bacon Butty”.

It started out with a brisk walk down a rather skinny road that involved a considerable amount of mud with a sprinkling of brightly colored leaves. 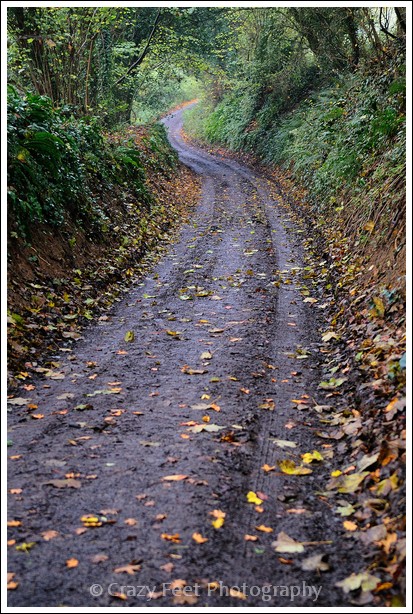 It ended up with a breakfast that made me want to get a room with it. 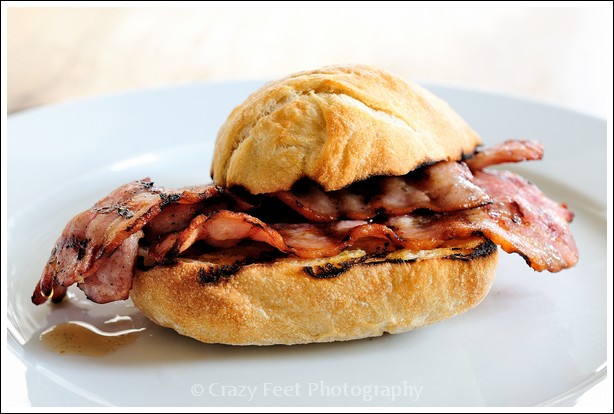 The Chapel in Bruton is a Congregational-chapel-turned-17th-century-coaching-inn-turned-all-star cafe-bakery-restaurant.  I’ve snuck in a few times before to pick up a loaf of sourdough & a few treats for Saturday morning coffee at my brother’s pad.

Today, all I wanted from The Chapel was an Iced Bun and permission to photograph their glorious wares.  What I got was an astonishingly pleasureable legal high masquerading as a Bacon Butty. 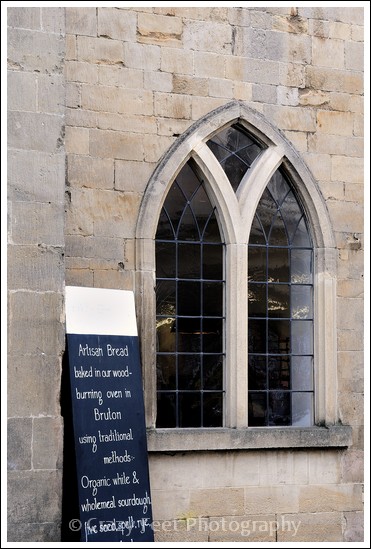 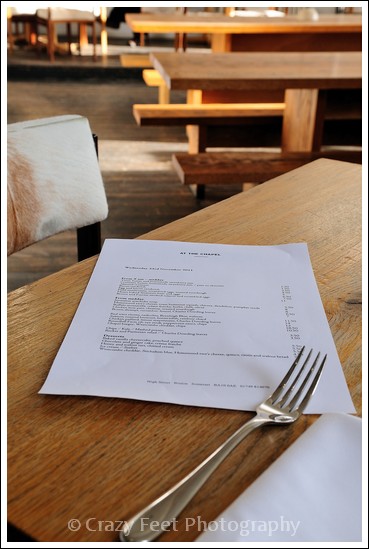 The dining room at The Chapel in Bruton is lofty and light and distinctly chapel-y with a large & rather disturbing statue of a naked man hanging on the wall above the bar & a confusing amount of cow hide on the furniture.  A warm & inviting space for a cafe, blissfully so with the wintry sun streaming through the gigantic arched windows. 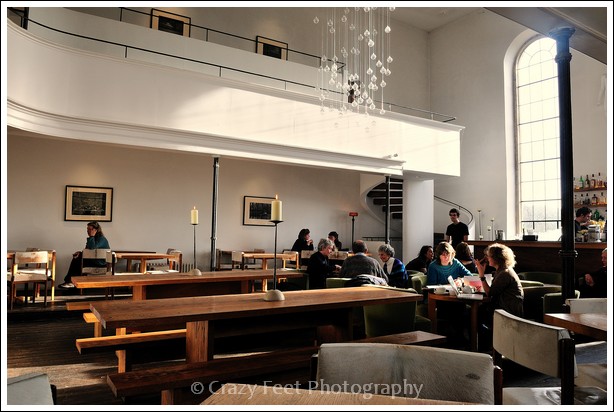 By 10 o’clock it was brimming with yummy mummies enjoying a few hours of village gossip with gal-pals, and a smattering of genteel octogenarian ladies dressed for a morning at Buckingham Palace.  I, too, was probably a bit of a sight to see – the quintessential British American wearing both a baseball cap & a pair of {muddy} green wellies.

The Chapel bake their artisan bread & pizza in an ancient brick oven, housed in the shop. 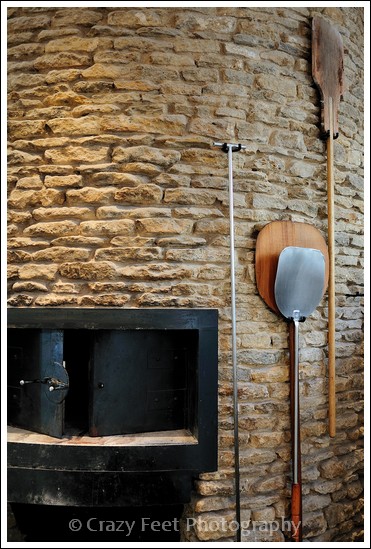 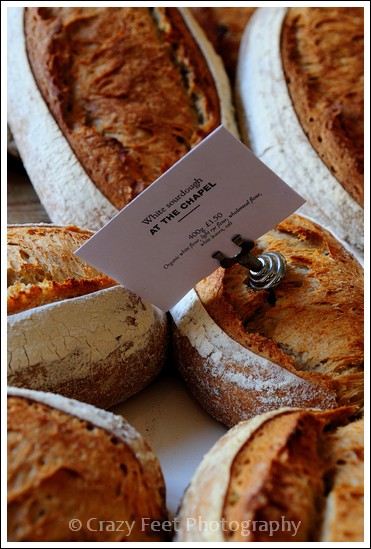 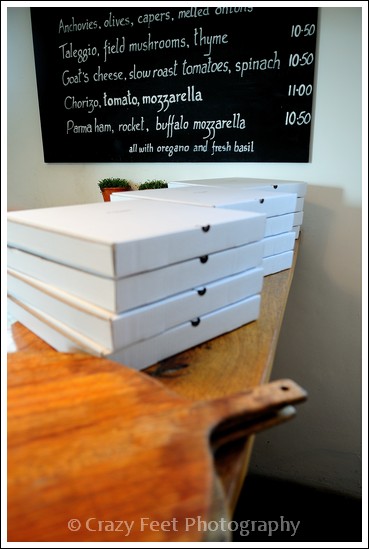 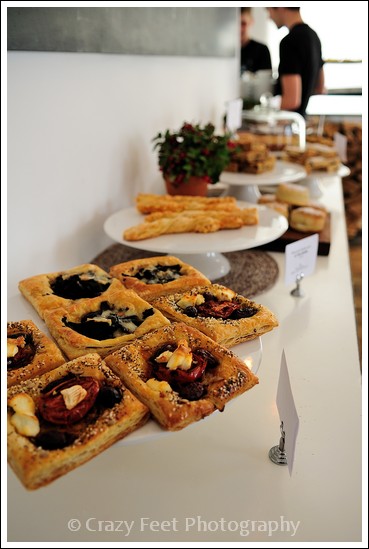 The breakfast menu was small, but perfectly formed.  I thought I wanted a plate chock full of bacon & eggs & foraged field mushrooms – until I saw the words “Bacon Sandwich – £4.50” carefully typed in Times New Roman on the single sheet of pristine white paper.  I had a suspicion that my prayers were about to be well & truly answered. 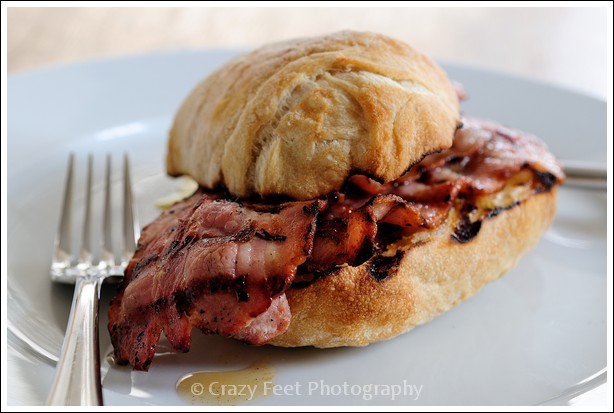 Large swathes of thick, tender, slightly salty bacon with a fine strip of crispy fat on the edges, layered between the top & bottom of a chunky, crusty, chewy sourdough roll drenched in melted butter.  All it needed was a generous dollop of ketchup to make this the sexiest Bacon Butty alive.  And the tastiest.

I added a tall mug of Hot Chocolate (£3.00) & an Almond Croissant (£2.50).  It was a toss up between that and a flaky croissant topped with butter & homemade strawberry jam. 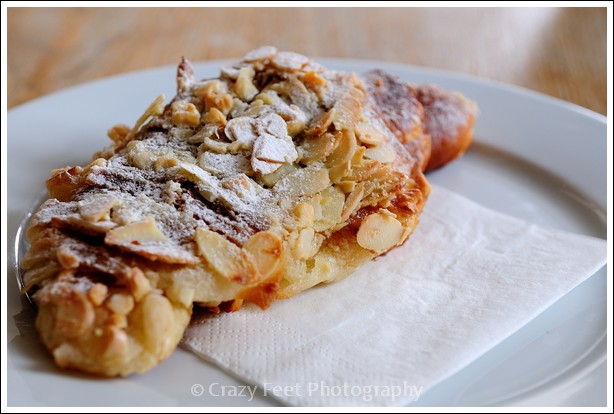 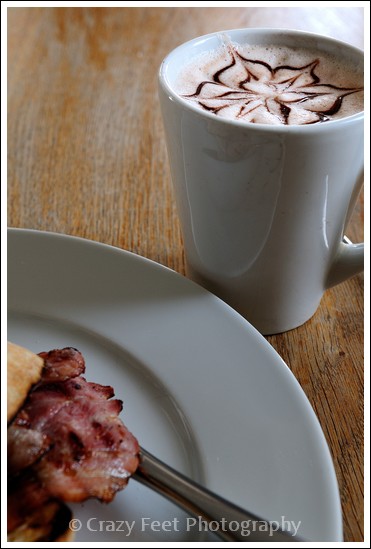 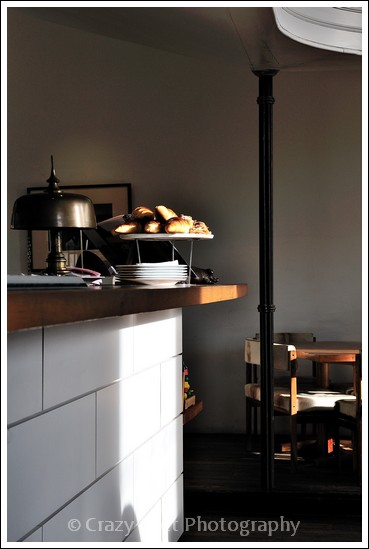 The Almond Croissant was extraordinary.  The almond paste running through the middle was soft, gooey & more almond-y than I thought it was possible for an almond paste to be.  I managed a third of it before I had to call in the cavalry with a box.  The remainder I eagerly downed later in the afternoon, with a mug of peppermint tea, all curled up on the sofa. 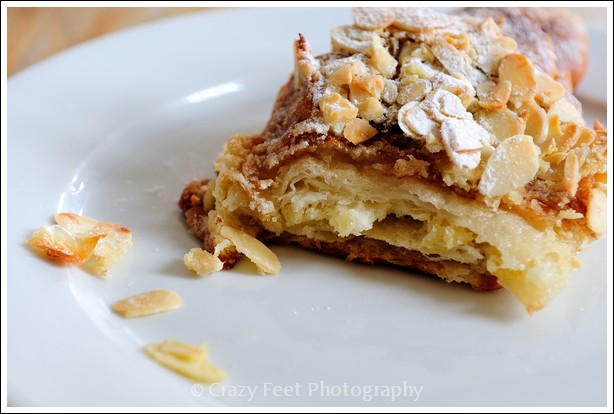 The service was attentive & polite.  They even let me leave my goody bag behind the desk so that I could go shooting unhindered by a third-eaten Almond Croissant & a generous slice of Bakewell Tart.

Still high on my Bacon Butty I ambled around town, delighting in the quaintness and charm and sheer oldness of this mediaeval village, with it’s narrow bartons, arched stone bridges & 12th century church.  Many of the tombstones in the churchyard were so old that the names & dates carved into them were entirely illegible.  When stone is that worn away, you know it’s *really* old. 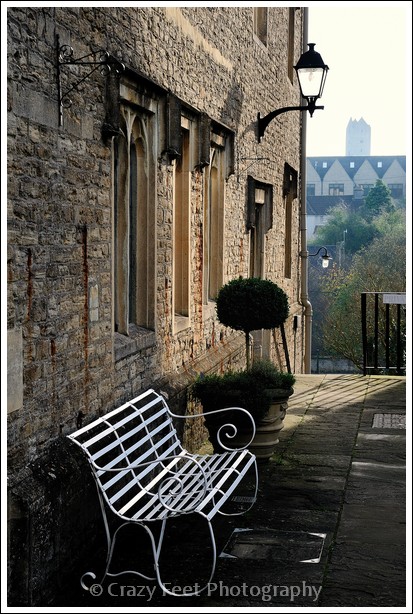 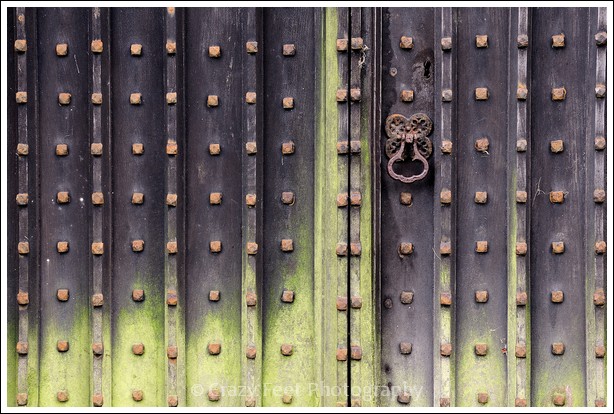 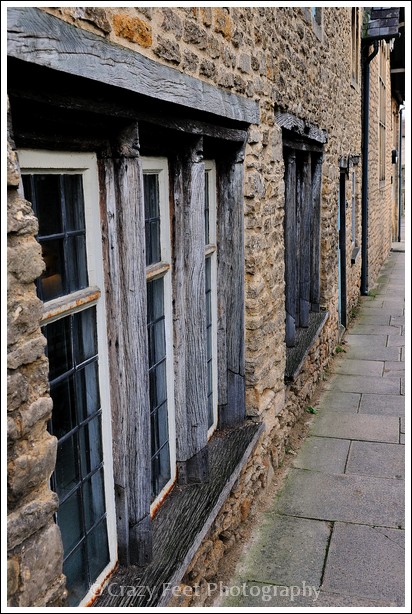 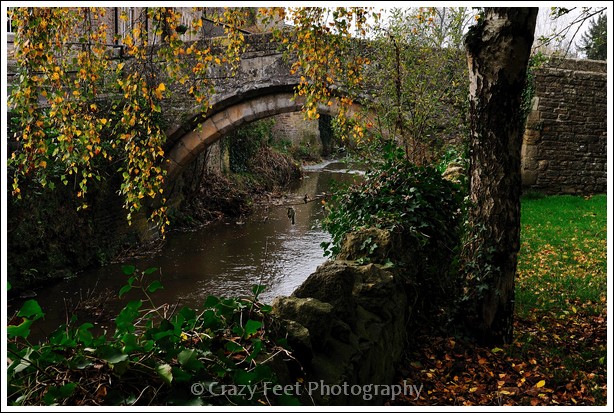 What started out as an ordinary November day in the country, turned into an awesome day of food & photography in an idyllic spot.  I love when that happens.

And so endeth the sermon for today: If you’re ever anywhere near Bruton in Somerset, go sing your praises at The Chapel.  You’ll likely make a significant offering, but it will be worth every penny.

Things To Do
Somerset

3 comments
« Gone Too Soon
It’s All About the Marshmallows »