There’s something I need to tell you about San Diego if you like to take photos during the “magic hour”.  There is no magic hour here, at least not in the winter.  There’s a “magic 20 minutes”, twice a day.  I have never seen a sun rise or set so fast as in San Diego.  It pops up, races across the sky & then plops below the horizon.  I mean, like you can actually see it moving.  Blink, and you could miss it.  So you’ll have to be ready. 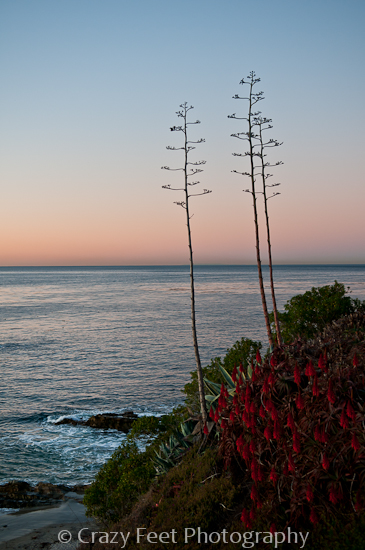 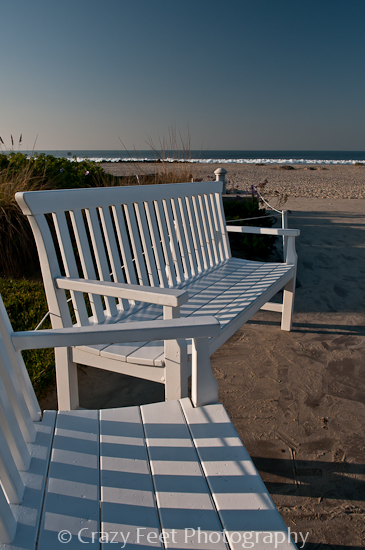 Most of the time you can shoot for 30 minutes before & up to 2 hours after sunrise & still get images with that magic glow, when the light is low, the shadows long & there’s a beautiful tone.  Everything looks better during the magic hours.  Here, it all happens in a flash & the light gets flat real fast.  The upside is that by the time most folks are thinking about climbing out of bed, you’ve got your shots in the bag & are ready for a great breakfast.  Or, if you’re anything like me, your second breakfast.

The sister of a friend, who lives in San Diego, sent reams of ideas for great breakfast spots.  Crepes seemed to be a recurring theme, so I figured I’d just move my crepe-fest to the sunny shores of Southern California.  First up was St. Tropez Bakery & Bistro in Encinitas.  Hailed as a having “…the sophistication of France with a Southern Californian attitude…” it was packed when I rolled up for a late breakfast.  The pastry cases were bursting with delicious-looking, French-style pastries.  Things were looking good. 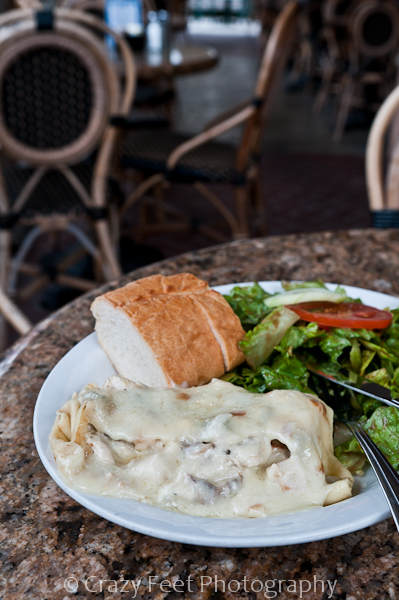 The Chicken & Mushroom Crepe ($8.75) came with a large pile of shredded lettuce & a slice of tomato – not exactly what I would describe as a salad.  It was also drowning in dressing.  I’d love to be able to tell you what the crepe tasted like, but it was so buried in melted cheese & so stuffed with chicken in a rich sauce that I wasn’t able to detect a crepe at all.  Was there really a crepe even in there, I wondered.  It was a tasty dish, for sure, but  if the crepe hadn’t been there, I wouldn’t have noticed. 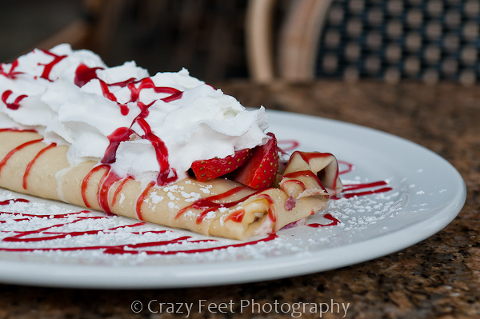 I wondered if the dessert would be more crepe & less filling.  I settled on the Berry Fruit Crepes – 2 crepes, filled with cream cheese & mixed berry marmalade topped with whipped cream & powdered sugar ($7.25).

I admit my heart sank when the plate was delivered.  Quelle horreur!  Whipped topping.  Even the worst chef in France would rather shove a hot poker in his eye than serve up anything other than fresh cream.  Once again, the filling overpowered the crepe.  Sweet & sickly, it did at least look pretty.  I wouldn’t race to eat here again, although eating on the deck in the sunshine somehow makes everything taste better. 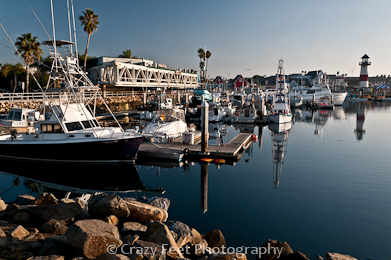 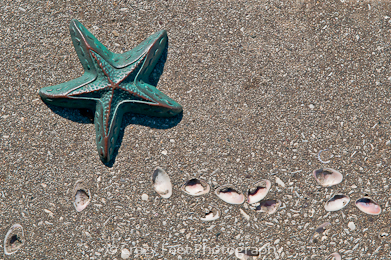 Oceanside has an adorable harbor & a 1,954 foot long wooden pier as it’s centerpiece.  People gather on the beach below it & walk to the end of it to watch the sunset.  With it’s wide, sandy beaches & brightly colored beach huts lining the promenade, Oceanside beams all day long.  The downside is there isn’t one square inch of roadway in Oceanside that you don’t have to pay to park your car on.  Have plenty of quarters around for all those pesky meters.  If you’re like me & don’t carry cash, this could be wildly frustrating.  Especially if you’re on a mission to catch that sun before it plops below the horizon. 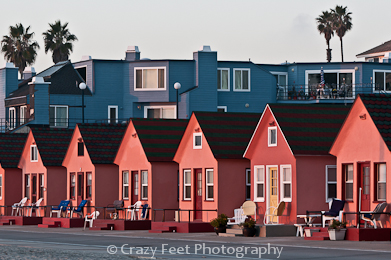 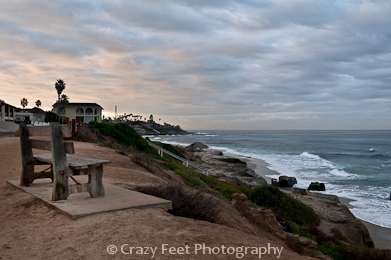 One bright, beautiful morning I headed over the curvaceous bridge from downtown San Diego to Coronado.  This was the same morning that I accidentally drove onto the enormous Air Naval Base on the North Island.  Luckily, I didn’t get shot or arrested.  I even got directions to the Hotel while I was there.  Those airman are so gracious.  They assured me that straying tourists happen all the time.

The Hotel Del Coronado is magnificent.  I wanted to get a room.  Truth be told, I just wanted to move in permanently.  Instead, on the spur of the moment, I stayed for breakfast.  Not doing so would have been like going to The Ritz & not having afternoon tea.  While breakfast was pretty spendy at $24 for a buffet-style spread, it was nowhere near what you’d shell out for the tea at the Ritz.  That’ll take care of $65 – $99 for you.  Yes, for one.  Suddenly, breakfast at Hotel Del Coronado seems like a bargain.  And, eating on the patio in the sunshine somehow makes everything feel better. 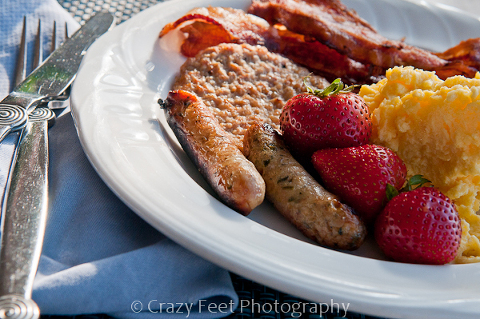 The Hotel Del Coronado is fence heaven.  Hundreds of miles of white, painted, fancy wooden fencing.  Miles.  I wouldn’t like to be the painter.  It would be like painting the Forth Bridge – just as soon as you’d finished it would be time to start from the beginning again.

I think this might just be the most beautiful beach in the world – the one that edges the grounds of the Hotel Del Coronado.  I could stand with waking up to seeing it every day and never get bored.  When I first saw it, I gasped out loud. 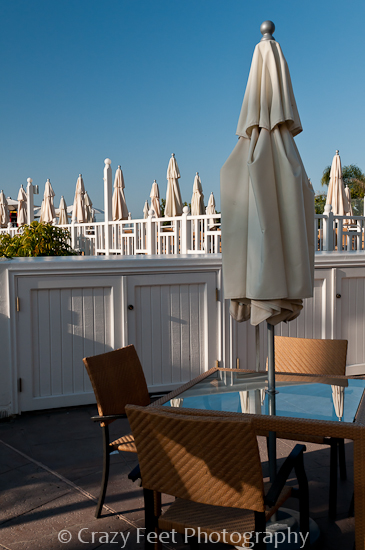 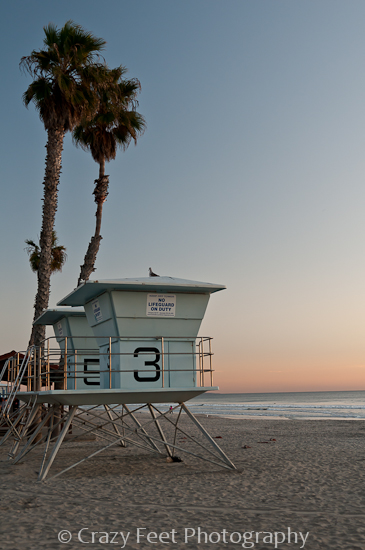 Mission Bay wooed me, Corona Del Mar wowed me, Laguna Beach whispered sweet nothings in my ear; but if I had to pick just one spot that stole my heart, it would be Wind and Sea Beach – just a hop, skip & a jump south of La Jolla Cove – it was the first & last beach that I sat on while I was in town.  On my favorite bench. 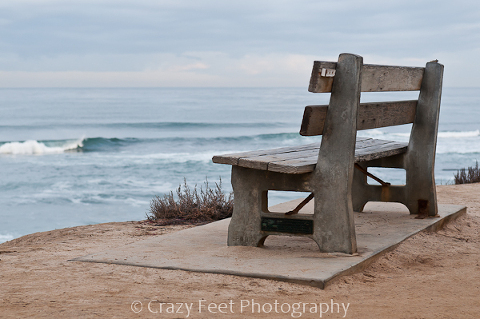 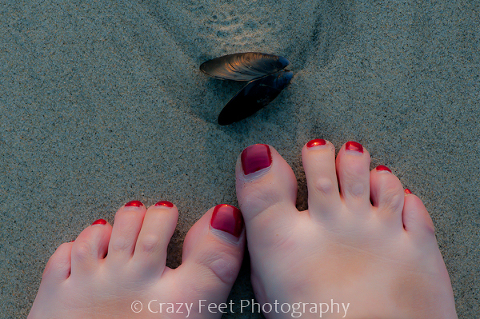 For now I just want to wish you all a peaceful, joyful, merry Christmas.

2 comments
« When The Magic Happens
There’s More To It »