There’s More To It

For almost every minute of the time that I ever thought about it, I thought that California was one enormous, sunshiny, ocean-rimmed beach, with a couple of big seaside cities thrown in for good measure.  I blame the telly for my misguided notions.  Too many episodes of Baywatch & CHiPs when I was a nipper. 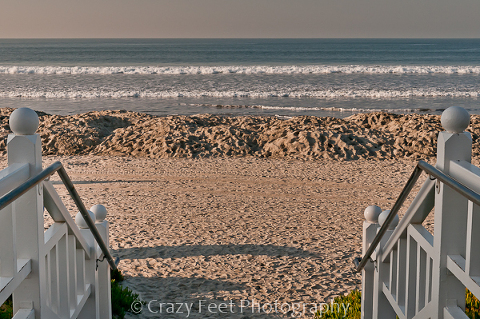 So imagine my surprise just over 2 years ago when I crossed into California for the first time & found myself, in pretty short order, surrounded by huge mountains & deep blue lakes.  Oh, and snow.  Who knew the eastern side of California was so bumpy & interesting?  I spent the first half of that road-trip thinking I was in Austria.  Or Switzerland.  Somewhere really tall & full of lakes.  Then, I drove west & landed in Clear Lake.  The drive there had me thinking I was in Spain – desert flora, red dust, orange groves & blazing sunshine.  From Austria to Spain in a couple of hours.  Who knew California was so incredibly diverse & contrary?

This year’s trip was intended to be to the beachy, sunshiny California that I grew up watching on TV.  While I was cruising around Southern California on Bing maps, just checking out the area before I headed south, I stumbled upon a National Park called Joshua Tree.  I didn’t even know there was a tree called Joshua.  I always thought it was just a rather odd name for a rock band.  I’ve since learned that this whole thing started with the prophet Joshua.  The trees were named after him.  Then came the town, followed by the U2 album & finally, Joshua Tree, the band.  That’s a lot of Joshua Trees.  Turns out, in the Joshua Tree National Park there are millions of them.

Given my status as a bone fide National Park Junkie, and that it was a short 2.5 hour drive from Oceanside, I knew I would have to go.  The cross country route I took to get there – now *THAT* was a drive.  Wibbly-wobbly, mountainous awesomeness, zig-zagging through the San Jacinto & Santa Rosa mountains as the sun rose.  Magical. 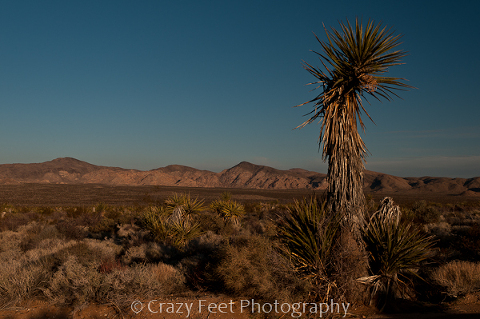 Coming in the south entrance to Joshua Tree National Park is both good & bad.  Bad, because after driving for 10 miles of identical landscape I began to wonder if this was California’s version of Saguaro National Park in Arizona – see one mile of it & you’ve seen it all.  Good, because when you later come in through the west entrance it’s all the more enthralling.  The good stuff is all in the northwest piece of the park. 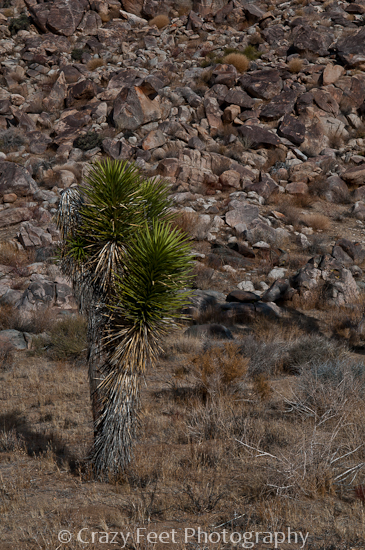 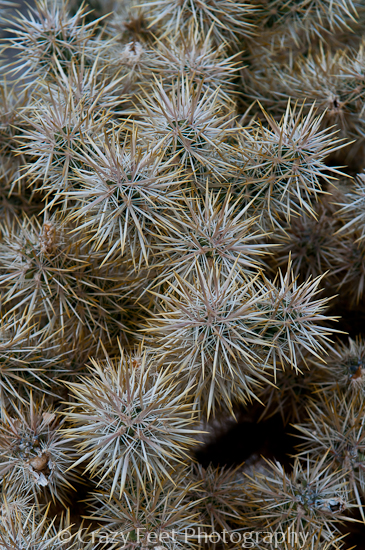 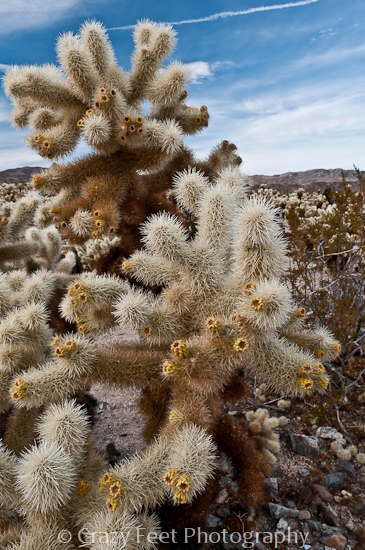 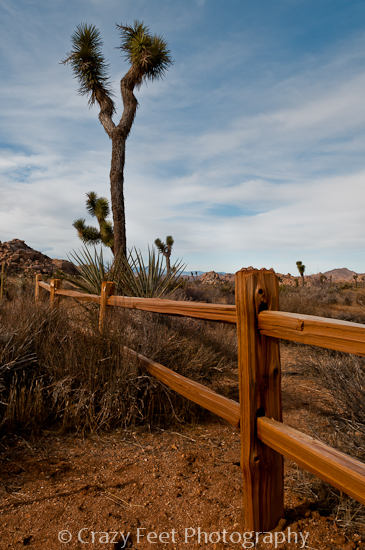 The views from Keys Point were totally worth freezing my nether regions off for.  The sky may have been blue & sunny but the winds at 5,185 feet were almost too strong to stand up in & were bitingly cold.  Had I been a guy, I think I’d have been a couple of body parts missing afterwards. 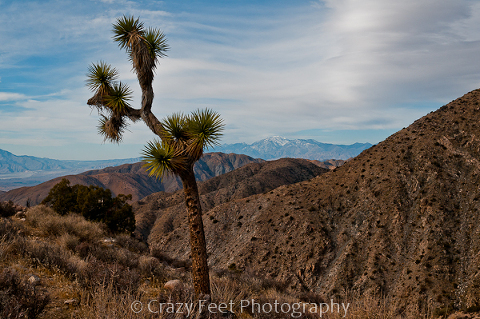 Joshua Trees come in all shapes and sizes, and with their lime green foliage & funky shapes they made me smile all day long.  Eternally hopeful, reaching up to heaven, with bursts of bright, lively, colorful growth on their outstretched arms. 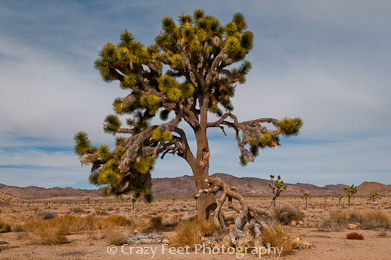 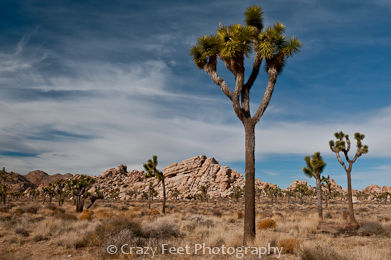 There are piles of rocks everywhere.  Huge piles of rocks.  Huge enough to inspire hordes of happy, helmetted, harnessed hikers to belay their way up & down them.  There’s hiking trails galore.  There’s a dam & a ranch.  But I just liked driving through, stopping to wonder at the beauty of the desert flora, the bark of the Joshua Trees, the starkness of the scrubby bushes against the brightly colored rocks & stones. 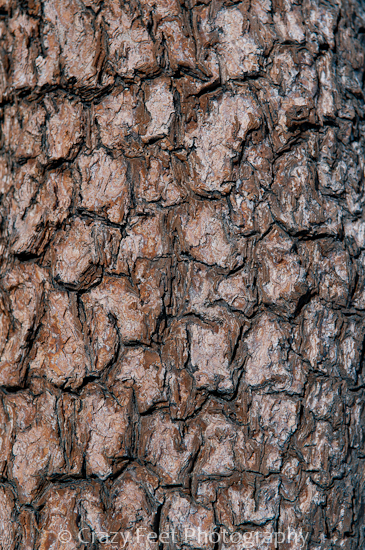 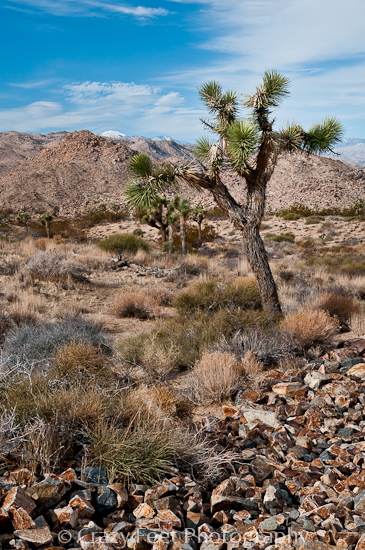 Tranquil & inspiring.  Mile upon mile of wilderness.  And all that tenacious growth in a landscape so hostile & arid.  Surviving & thriving when it would be so easy to give up.   Joshua Trees are definitely glass-half-full kinda trees.  It made me think of Hollywood & all the people who flock there hoping to make it.  Such a competitive, hostile environment where only the most hopeful & tenacious will thrive. 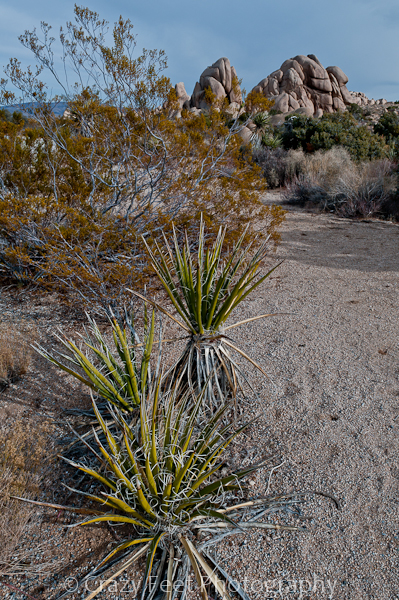 So once again, California surprised me.  Worlds apart from the meaningless glitz & frippery of Hollywood & yet only a 2 hour drive away.

There’s a lot you can learn in the desert. 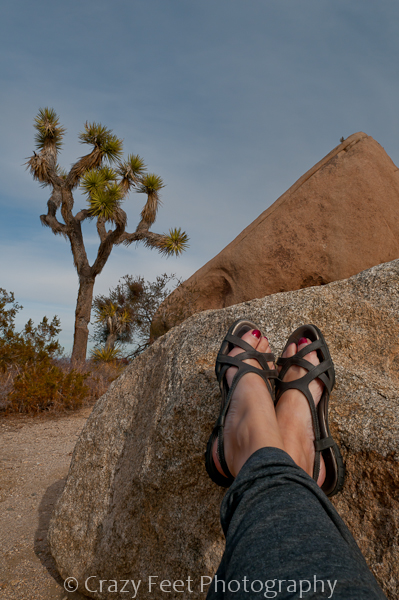 California – there’s *much* more to it.