The Same, But Different

Jeff was in town.  He doesn’t come that often, & he stays over a weekend even less so.  As soon as I knew he was en route, I popped him an email.  “Hey, if you fancy a Big Breakfast Adventure on Sunday you can be sure I’ll be going somewhere”.  We had planned on going to Taste at the SAM, but their new hours don’t have them serving up food until 11 am, and there is no way I can not eat until 11 am.  Plus Jeff had meetings to head to.  We needed food early.

It was, by all standards, a miserable day weather-wise.  Cold, grey, drizzling, windy.  Right claggy, as we say in the north of England.  We toyed with the idea of a trip to the fabulous Lola to munch on her Greek delights, but instead headed further west on the European continent & landed at Le Pichet.  Nothing better on a grey, wet Sunday than a couple of hours lolling at a French cafe over Oeufs Plats & Chocolat Chaud.

The last time I went to Le Pichet was back in May 2010.  Eeek!  Can that really be true?  “To me there’s something magical about sitting in the window of a little Parisian café watching the sun play with the leaves on the trees lining the pavement (sidewalk).  Especially in the spring & summer & especially in the early morning”.  Yup.  Sadly, there was nothing magical about the weather or the season on this visit, but who cares when the food & the ambiance is still fantastically French?

Le Pichet is the sophisticated older sister of Cafe Presse, and they are the same, but different.  The menu is pretty much the same; the style & ambiance are entirely different.  Since you’ve read about Cafe Presse SO. MANY. TIMES…I’ll save you from the {usual} literary swooning & just give you images of the splendidness that was our perfect Sunday breakfast. 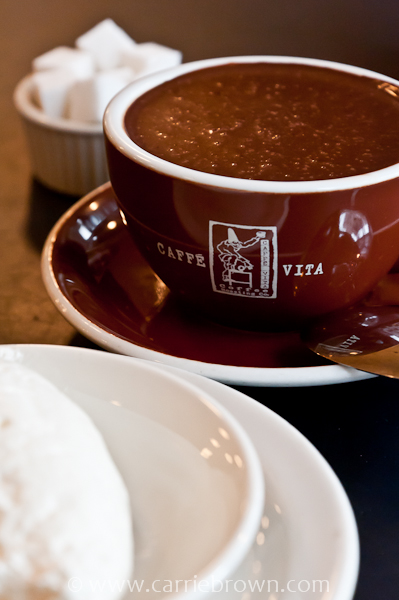 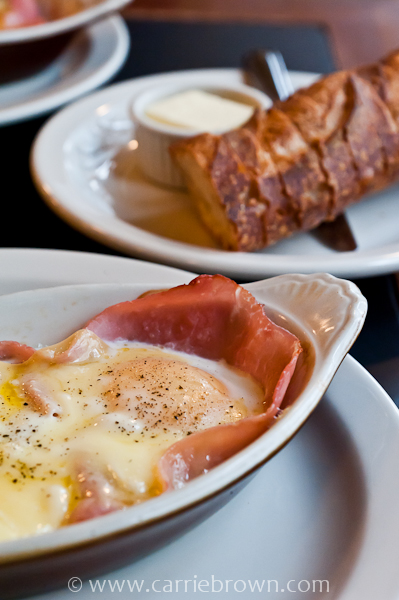 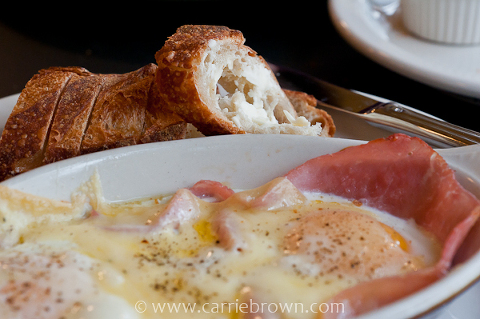 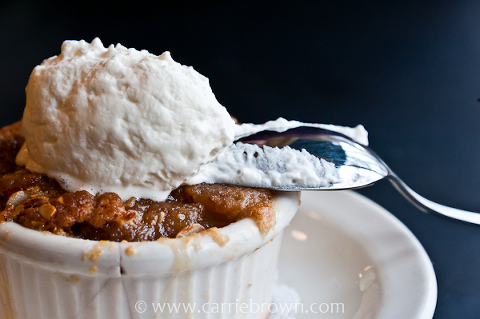 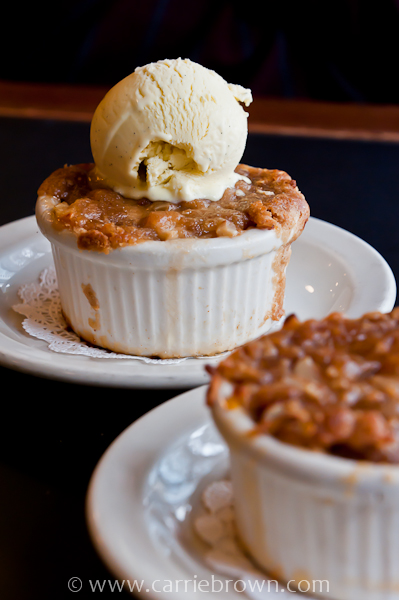 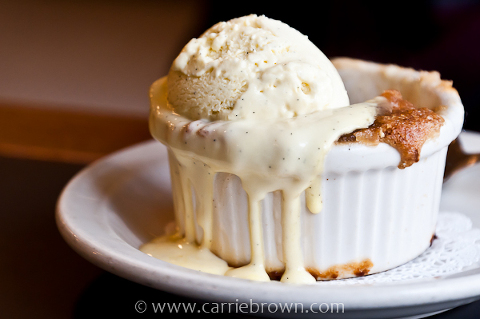 Yes, we had Pear Crumble for breakfast.  You should try it.  It was awesome: hot, sweet, slightly firm pears baked under a crispy, crunchy, golden brown crust of oatmeal topping.  Plus melty vanilla bean ice cream.  Happy Sunday!