Just Ask For a Basket

Ah, Red Lobster.  One thing comes immediately to mind when I think about Red Lobster (the restaurant chain):  those fantastic cheesy biscuits they bring out instead of bread rolls.

Yes, these.  YUM.  I can taste them now.  And if you’ve ever been to Red Lobster you know exactly what I mean. 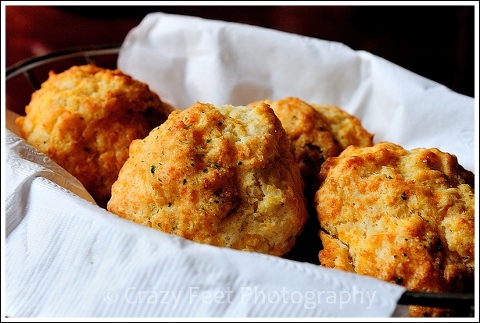 The real reason I go to Red Lobster: Cheesy Biscuits

If Red Lobster charged for these, I would actually go to Red Lobster and just ask for a basket (or two) of these.  Oh, with some {real} butter (but I’d have to bring that along with me).  I would be perfectly content.  Alas, Red Lobster give these away, which means I have to order (& pay for) & eat something else as well.  Sigh.

I did have another reason to go to Red Lobster today, apart from a hankering for cheesy biscuits.  There are only two Red Lobster’s anywhere near Seattle:  one in Federal Way & the other in Lynnwood, both a 45 minute + drive away.  So I don’t go very often at all.  But Mic lives in Lynnwood & Mic also loves Red Lobster, so it made perfect sense to meet there & eat cheesy biscuits while we did so. 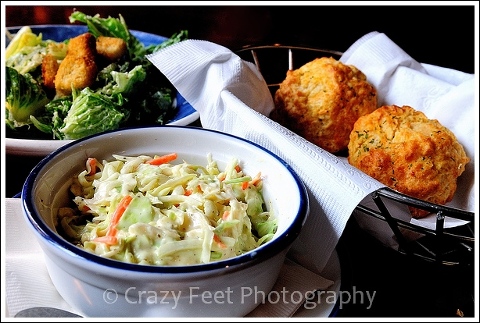 Over the years it seems to me that the cheesy biscuits have stayed as magnificent as ever, but the rest of the fare has got smaller, less tasty & more expensive.  Or is it just me?

Case in point – my meal could not have looked more different from the photo of it in the Red Lobster menu if it had tried. 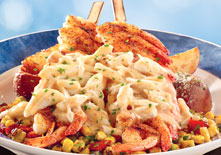 What I was expecting… 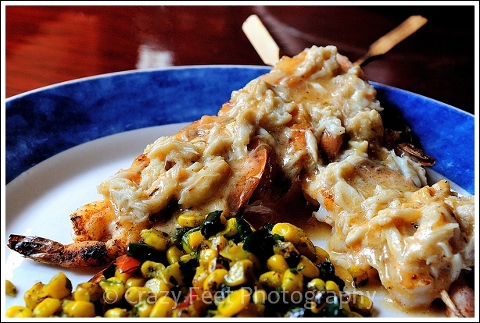 In fact, I almost sent it back convinced it was the wrong thing.  And no, there is hardly anything missing out of my image.  A half a spoonful of corn maybe.  Maybe.  And, I am most disappointed to report that it didn’t even taste good.  On top of that I changed the Roast Potatoes out for the Creamy Langostino Lobster Mashed Potatoes (well, come on, who wouldn’t?) & wouldn’t you know it they charged an additional $3.99 for the privilege. The irony being that the Creamy Langostino Lobster Mashed Potatoes were the best bit of the meal (aside from those darn cheesy biscuits). 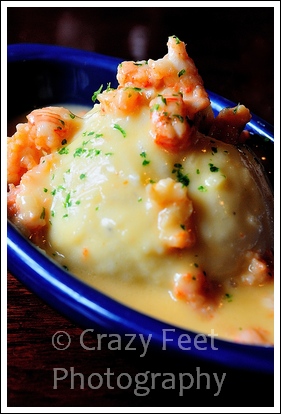 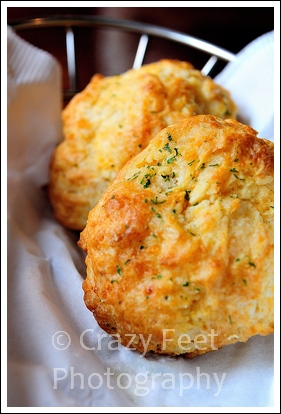 I think the conclusion from my latest experience at Red Lobster is this:  if you want sides & free cheesy biscuits, go to Red Lobster.  If you really want a great seafood meal that looks like it is supposed to & tastes good (& tastes like seafood), don’t go to Red Lobster.  Particularly if you don’t live near either Lynnwood or Federal Way or have another reason to be near those places.  And if you do go, set appropriate expectations with yourself before you go so you won’t be too disappointed.

I was lucky.  I had Mic, Creamy Langostino Lobster Mashed Potatoes & cheesy biscuits.  They made up for the disappointment of everything else.

Will I go to there again?  Has my love affair with Red Lobster run it’s course?  Well, as with all love stories, when it’s over we have a tendency to remember only the good stuff.  So I suspect that when I am daydreaming about those darn cheesy biscuits I will forget about all the other disappointments, race over and find myself at Red Lobster being disappointed all over again.  We’re such slow learners sometimes.   Ah well.  They do say love is blind.  It can also be very forgetful.