Every now & then I venture into alien territory by eating fish ‘n’ chips in America.  I am always at least a little bit disappointed, ranging from the mildly to the seriously.  I think the best fish ‘n’ chips I’ve had stateside was down in San Francisco at Alioto’s.  It still wasn’t proper fish ‘n’ chips, but it tasted good & certainly hit the spot that day.  I think the fact that they supplied Sarson’s Malt Vinegar to sprinkle it with definitely helped me at least delude myself for 20 minutes or so that it was the real thing.  And actually, it wasn’t that far off the real thing.

There’s a world of difference between American fish ‘n’ chips & British fish ‘n’ chips.  The first big difference is the piece of fish.  I am not sure if my fellow Americans know this, but fish are not square or rectangular.  And yet, somehow, quite magically, between the ocean & the table they become either one or the other.  I am certain that a large percentage of the population have never seen fish come in any other shape, but trust me – in the flesh fish are not any particular shape at all. They are a dazzling array of different shapes none of which would fall into any typical shape category.  So there is no name for the shape of fish really except, I suppose…fish-shaped. 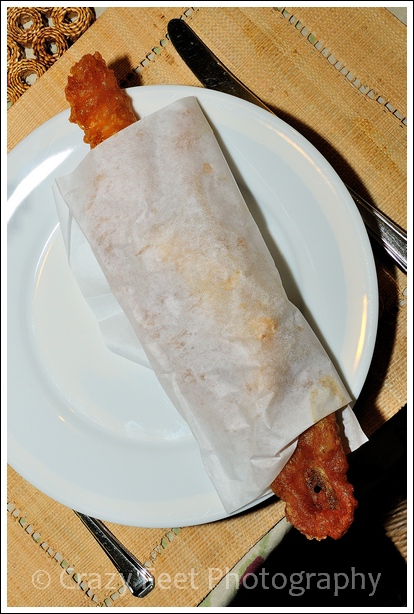 In England we just like eating huge slabs of fish that come shaped as nature intended, not some dinky little rather delicate looking square. 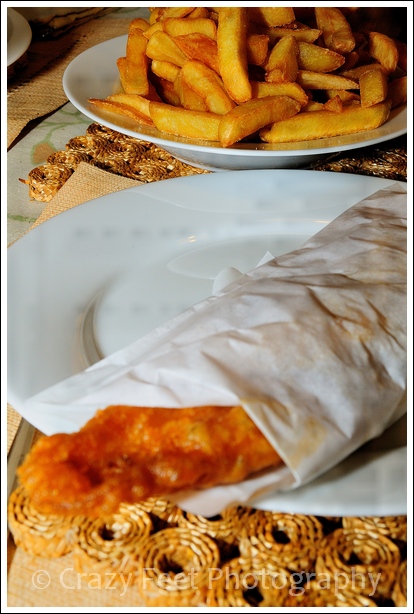 The only way to eat battered fish: with 'chip shop' chips

Batter on proper fish’n’chips is substantial.  Not some thin, wimpy coating.  It’s a container for the fish.  It is thick.  Super crispy on the outside, soft & delicious on the inside.  I admit, usually half way through I often stop eating the batter & peel it back so I can just get to the fish.  But that’s because I’d rather get filled up on chips than batter & the bits of fish are so huge that getting filled up on batter is a distinct possibility. 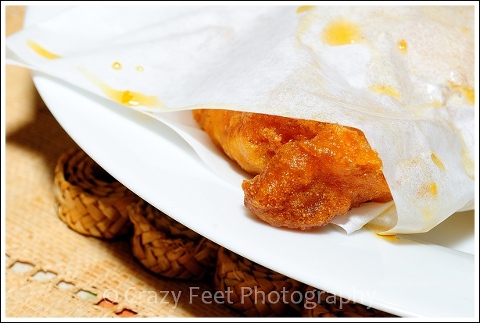 Golden batter peeking out from beneath the paper

How it gets served is a big part of the whole fish ‘n’ chips experience.  Proper fish’n’chips come in newspaper, well, newspaper without any print on it.  Often these days the newspaper has been replaced by styrofoam trays, but I tell you…it just isn’t the same that way.

Once you have your newspaper-wrapped parcels of fish’n’chip yumminess in hand you either walk down the street eating it right out of the paper, or, you rush home & serve it on plates.  The walking-down-the-street version is a lot more fun.  The home-plated version is a lot more civilised.  Either way, proper fish’n’chips are just simply delicious.  There is nothing quite like a pile of big, fat, soft-on-the-inside, crunchy-on-the-outside chips alongside a lumpy-bumpy battered piece of freshly deep fried fish.  And it really is freshly deep fried.  None of that cooked-in-advance-and-held-in-a-warm-place nonsense.  One of the joys of getting your fish’n’chips from the Chippy is that you watch your fish being cooked right there in front of you.  Lumpy bumpy batter and all.

And whether you eat it out of the paper or on a plate, a splash of malt vinegar & a shake of salt only make it all better.  I slosh mine on liberally both the fish & the chips.  More on the chips though. 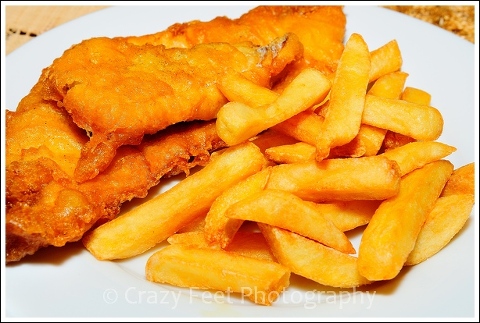 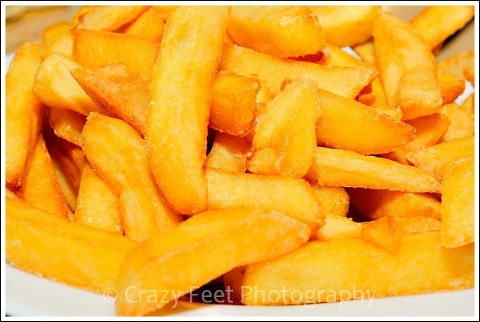 Chips as fat as an old sailor's fingers

Now there is one other thing that is traditionally served with fish’n’chips in England:  mushy peas.  In my mind there is something {very} wrong with mushy peas.  I have no idea where my brother got his love of mushy peas from, but love them he does.  As do a large proportion of the population.  I remember as a child having mushy peas out of a can once (or maybe twice).  So wrong.  The texture is just nasty.  However, he loves them & that is really all that matters.  I have to say, they are a rather extraordinary colour. 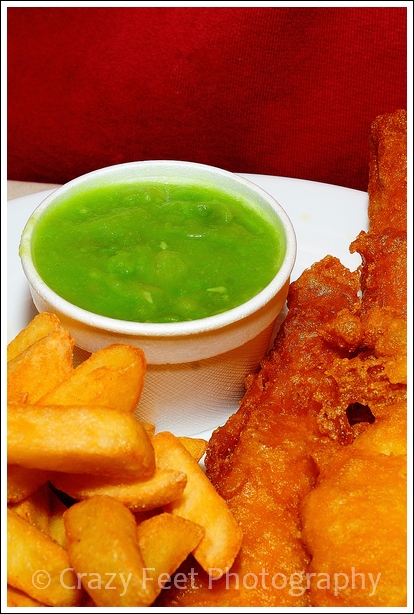 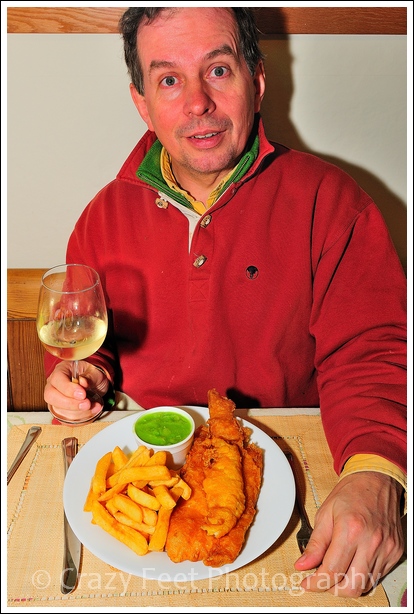 The Mushy Pea Lover toasting a fantastic plate of fish'n'chips

It was a great meal, although I think we had enough chips to feed the villlage.  They never scrimp on chips those Brits.

Thanks Mark & Helena for indulging me in my foodie fish’n’chip fetish every time I come for a visit.  It’s strange the things that you miss.  Proper fish’n’chips is one of them.