I could {just} barely stand the anticipation when Geoff came roaring into my office with a smile as wide as the 520 floating bridge (it’s wide if you’ve never been to Seattle), almost breathless with enthusiasm, freshly arrived from Portugal.  Ok, so he had a 4.5 hour layover in NYC, but do layovers ever really count in these instances?  Don’t you always start counting from the first airport you took off from that day?  Or in Geoff’s case, the day before.  This flying lark can take some time you know.  That in no way appeared to be hampering his enthusiasm.

“I found the best chocolate in the whole world!” He exclaimed.  Way to get my attention, G.  I guess the look on my face must have had that, “Really?” expression on it, as he took one look & excitedly continued “No, really!  The best chocolate I’ve ever had”.  Actually, if anyone ever arrives from Europe & says “Chocolate”, they’ve got my full undivided attention.  Immediately.

Instantaneously I started to get that I-am-about-to-get some-chocolate rush of blood to the heart {insert squeal}.  I smiled almost as wide as Geoff & clasped my hands together, just waiting for that magical moment.  And then it happened.  He handed me the wrapper. 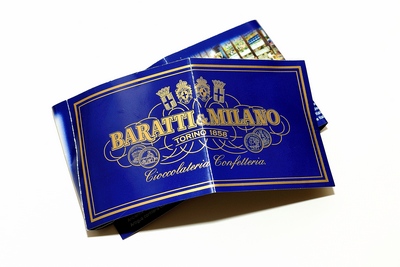 That is all I am going to say.  You can fill in the blanks.  In fact, at that very instant, sitting there numbly in my chair while my brain caught up with my eyes, I was {completely} speechless.

I was in deep denial over that incident ever happening until several weeks later when we were gathered around that most elegant candle-lit table, all 11 of us, replete from a glorious meal of meat (in most cases) & two veg (ok 3 veg & some mac & cheese).  That most memorably laughter-filled meal at El Gaucho.

And then it happened.  Out of a box hidden beneath the table, like a veritable magician pulling a warren of rabbits out of a hat, Geoff produced 10 boxes of (the words were still ringing in my ears from that day after Portugal)  “No, really!  The best chocolate I’ve ever had”. 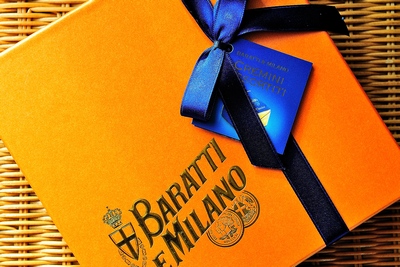 I giggled all the way home.  I think I may have driven over the speed limit just a little bit too.  When I got my treasure trove to my couch I almost didn’t want to open it, for fear that the box would really be empty.  So I didn’t.  But the next day I just couldn’t help myself.  Off with that ribbon!  And then in a flash the lid was off too, like a rabbit at the races.  It’s those darned rabbits again.  Munch, munch.

Each sweet, insanely silky morsel was lying there inside, wrapped in it’s own personal livery – thick, shiny gold foil under a smooth band of paper proudly announcing it’s flavour.

Limone, nocciola, caffe.  (Lemon?  That was a bit of a surprise.) 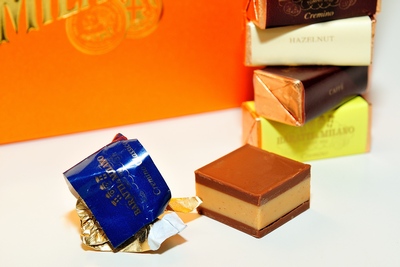 These little gold-wrapped nuggets, ingots if you will, are giandujotto –a paste of sugar, cocoa and hazelnuts – an idea that came about when cocoa became both difficult & absurdly expensive to import from South America.  Wretched chocolate taxes.  Not a modern thing you know.  Turns out that adding finely ground hazelnuts to the sugar & cocoa was a particularly splendid way of saving some dosh but still having chocolates.  Just like having your cake & eating it.  Giandujotto were born in the Piedmont region in Italy.  Turin to be exact.  They take their name from gianduja which is a sweet chocolate paste containing about 50% hazelnuts or almonds, ground up real smooth.  Really smooth.  Think Nutella & you’re there.

If you’re a Nutella lover, when you eat one of these bunnies you will think you have died & arrived in taste-bud nirvana.  I’m still there. 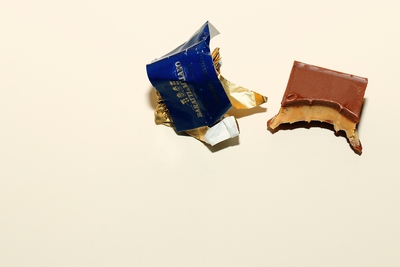 PS. If you now need to get your own, you can order them in the US from here.