In A Retro, Tatty kind of Way

I had a particularly scary run-in with a vegan brunch the other weekend.  After that, I needed meat.  And since I’ve developed a bit of a burger fetish this year, I figured this was the perfect time to go get my hands around a Uneeda Burger.  I really did need a burger.  A great burger.  I’d heard, repeatedly, from many sources, that Uneeda Burger were the cat’s miaow in burgers.  THE BEST.  Made with beef from rainbow-mooing super-cows that sleep on egg-crate foam with heated blankets, fed on organic wheat-grass smoothies juiced by hand during a full moon and served in crystal glassware.  I was {more than} ready to find out. 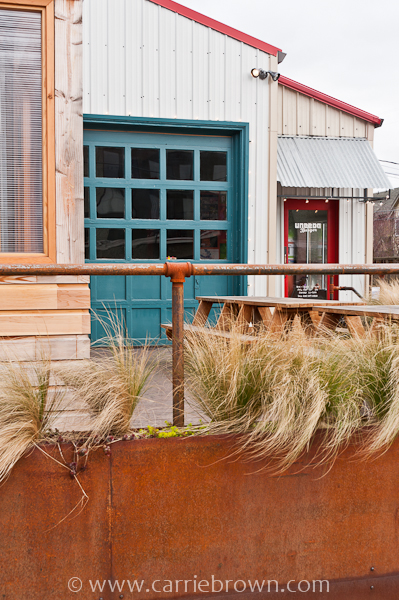 Although the place was pretty full when I rolled up, the line was short.   That was a surprise for a weekend lunchtime.  I didn’t have to wait for a table to plonk myself down at after I’d ordered my fancy beef plus bacon & cheddar uber-burger either.  There was a table for two right by the door that had the early, watery, afternoon sun streaming onto it.  That’ll do nicely for some burger shooting, thanks.  I later realized that the reason no one else sat there was that it was below the store’s pin-board & I spent most of my mealtime with strangers leaning over me reading the posters above my head, like I wasn’t there.  It was all a bit awkward. 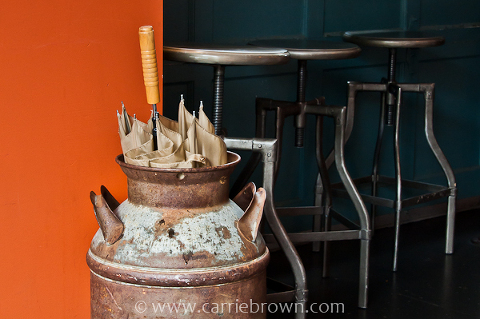 Housed in an old mechanics garage, complete with roller doors galore & industrial fixin’s, Uneeda Burger is hip, in a retro, tatty kind of way.  Filled with late-20s & 30-somethings, with very few toddlers in tow, it was had a grown-up, classy air, despite being mainly filled with simple wooden tables and steel chairs that could be easily moved to make any configuration.  It’s casual & functional.  I bet it’s awesome in the summer when the garage doors are rolled up & out of the way.  The menu is written on large blackboards above the counter.  You get glimpses of the kitchen from that same vantage point. 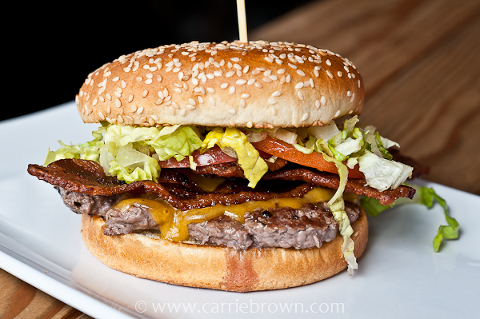 My burger came.  I was way too excited to try this thing.  I’d read so much.  I’d heard so much.  And then, my parade was well & truly rained on.  It wasn’t all that.  I am still incredulous. I have decided that I will need to go back for a second run.  Maybe next time I’ll have the regular beef, not the fancy beef.  Maybe I’ll go when it’s quieter.  With all the awards and all the write-ups and all the hype, I have to think that it was me.  I’ll go again and report back. 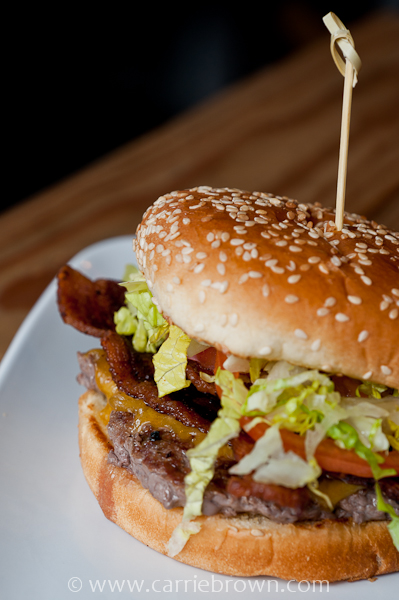 This combo – fancy beef + bacon + cheddar was $8.75, which is fine for a burger that blows your skirt up, but pretty pricey for one that doesn’t.  I did love the regular sesame seed burger bun though.  They let the meat shine, although in this case the meat really didn’t.

After my disappointing burger moment I realized how close I was to Phinney Ridge.  And Phinney Ridge means only one thing to me these days: the best milkshakes on planet earth.  When I turned up outside Red Mill Burgers there was nowhere to park for blocks, and a line out the door and around the corner.  Which was what I had been expecting at Uneeda Burger.  So, I stood in line for 40 minutes to get a milkshake.  It was totally worth it.  As I wandered down the street back to my car with my Cherry Shake, I was suddenly aware that the stream of smooth, creamy cherryness was no longer flowing up the straw.  Phinney, we have A Problem.  What’s that large lump blocking the straw up?  Why, a piece of lush, juicy cherry.  Yes, please.  Thank you.

I also purloined a serving of Babe’s Onions Rings.  Having waited for 40 minutes, I felt I had earned them.  Not normally a die-hard onion ring eater, I felt compelled to try these given their status as the Best Onion Rings in America (GQ & Oprah).  Even these didn’t make me a die-hard onion ring eater.  They were a touch on the spicy side for me, although the batter was crisp, non-greasy & otherwise very easy to eat.

A few Fridays after this disappointing-burger-glorious-milkshake episode,  I was thrilled to be having brunch (again) with the delightful Tallulah, PR & Media guru for Smith, Oddfellows Cafe, Linda’s Tavern and King’s Hardware.  We met at Skillet Diner, the retro diner King of Capitol Hill.  Since it was 10:30 am I gave myself permission to peruse the lunch menu as well as the brunch items.  After hopping back & forth between the Pork Belly & Oatmeal Waffle, the Ultimate Grilled Cheese & a Lamby Joe, I settled on The Burger – bacon jam, arugula and creamy bleu cheese ($14) – having been persuaded by the gorgeous Zach not to change the cheese out but just go with it.  Good call. 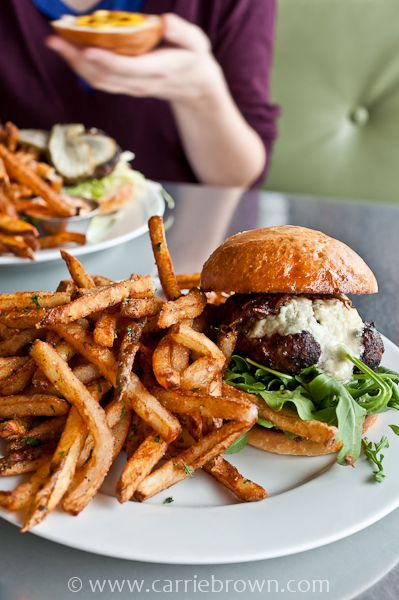 Tallulah decided on The Basic – lettuce, special sauce, pickle, american cheese ($14) – and loved every last mouthful.  They were drippy, messy, mouthfuls of burgers.  Served up with what seemed like 3 lbs of well-fried potatoes, even I couldn’t manage dessert after. 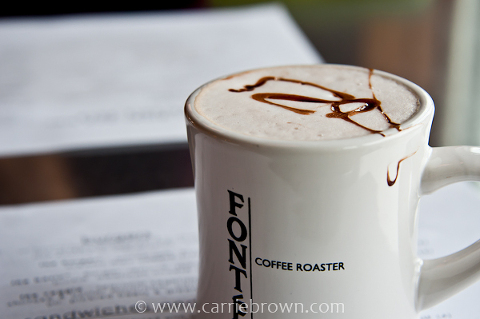 The Hot Chocolate was wet & warm & that’s pretty much all I want to say about that. 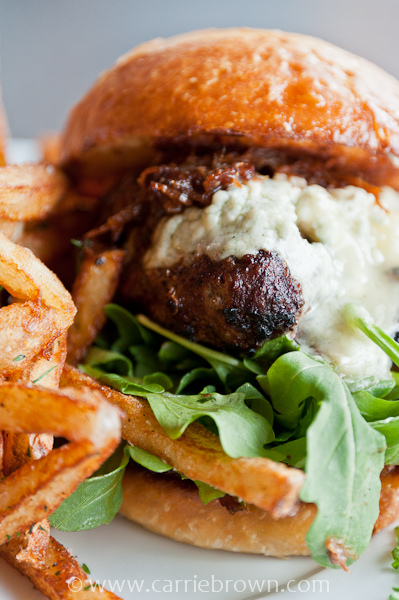 The burger was the business.  Where on my list would it rank?  Above Uneeda, below Red Mill & pretty much alongside Lunchbox Laboratory, only without the tab at the Lab aka $5 less.  I realize that I still have an awful lot of burgers to get through in Seattle alone, but right now, if someone asked me to take them to eat my favorite burger, Red Mill’s where we’d be heading.  For something that felt a bit more like dinner, Skillet’s where we’d go.