Many A Starry-Eyed Evening

There’s one thing I knew for sure about today.  I knew it before my feet even touched the floor.  I knew it because after my too long, too hot shower last night, I crawled into bed with my hair still wrapped up in a towel.  Like this, only white; and perhaps not quite that neat & tidy.  So before I had even prised both eyes ajar, I knew that the reflection in the mirror, when I got that far, was going to need some serious help.  Serious to the point of headgear.  It was most definitely destined to be a baseball-cap-wearing day.

As luck would have it, when I got to Madison Park to brunch alongside the always gloriously giggly Jeanne, we were so excited to see each other she simply didn’t seem to care about my rather casual chapeau.   Last time we brunched it was at the ever-splendid La Cote Creperie, a mile or so down the street.  Neither of us could quite fathom how 8 months had passed since our last girlie gathering.  And the last time I ate in the building we were meeting in today, it was called something else & I was brunching with Martina.  And that was 11 months ago.  I can scarcely believe it.  It’s clearly true what they say – time flies when you’re having beautiful brunches with gorgeous girlfriends.

What used to be the Madison Park Cafe has been converted into Cafe Parco.  Classic, elegant, burgundy & gold decor has turned this cutesy, charming, cottage kitchen into a classy, continental cafe, where I can imagine many a starry-eyed evening unfolding between dewy-eyed daters.

The menu, like the decor, has been completely transformed – “…to embrace the philosophy of modern Italy…”.  We were smitten just reading it.  The food, when it arrived, pristine & beautiful on glossy white porcelain, was all that we imagined, more than we dared hope for.  So without further ado, I bring you, a very fine brunch indeed. 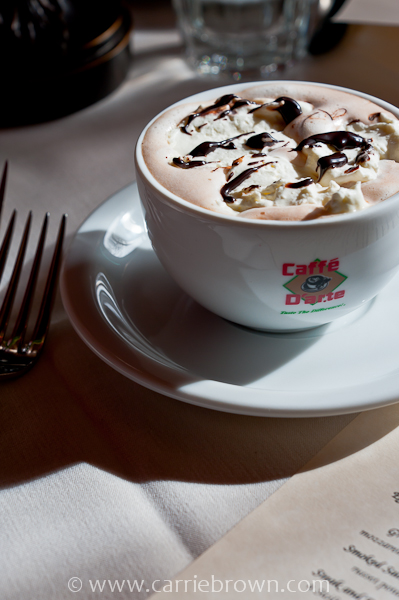 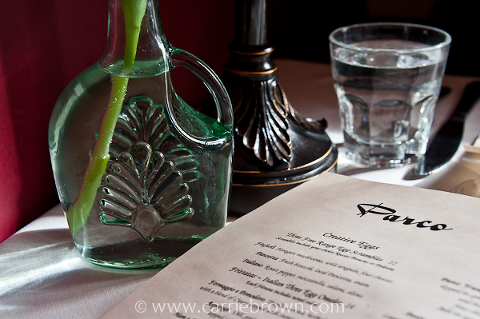 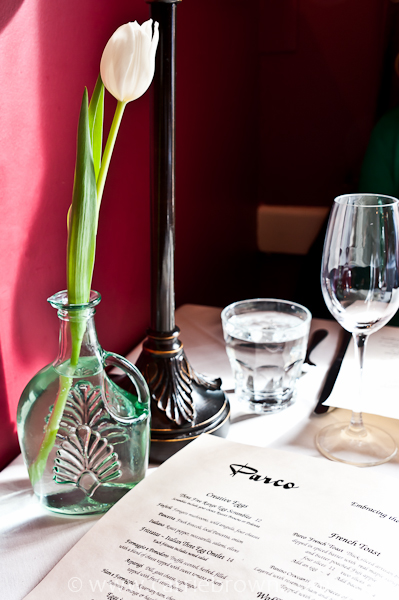 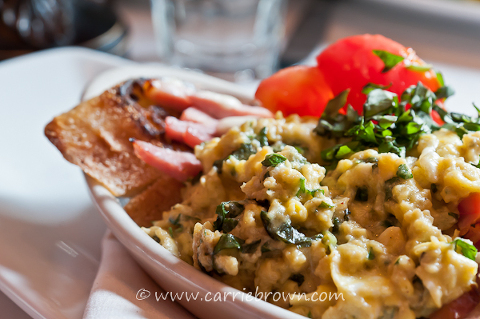 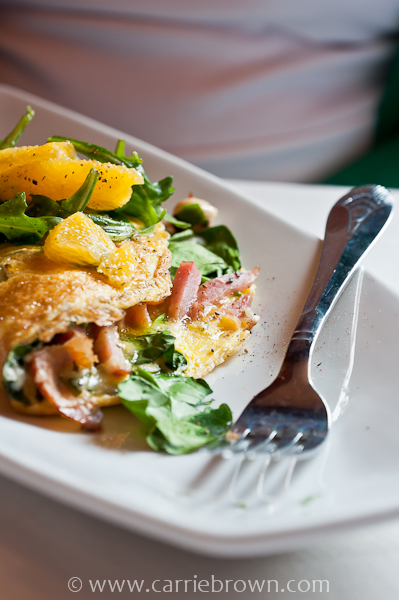 The Hot Chocolate was unremarkable (despite a great review from our sassy server) save the tangy fresh orange peel grated on top, which elevated this from a little above average to I’d have that again. Ham e Formaggio Frittata – Rosemary ham, cheese, spinach with Rosemary, orange & hazelnut dressing ($14).  I had a barely concealed case of food envy when Jeanne’s plate was ceremoniously placed before her.  Next time, I’m having that.  Because apparently it is *all that* and more. 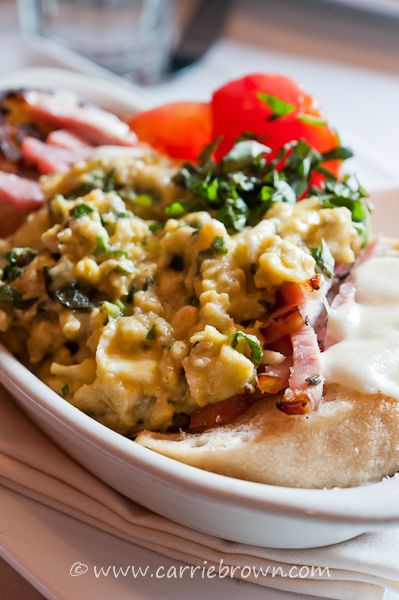 Green Eggs & Ham – Basil butter creamed eggs, mozzarella, rosemary ham, pan toasted artisan bread ($14).  In honor of Dr. Seuss, who is having a birthday or has launched a movie or something, or, maybe even both…I felt compelled to order Green Eggs & Ham, even without the help of Sam-I-Am.  Bursting with fresh basil, this dish was delicious.

I do so like
green eggs and ham!
Thank you!
Thank you,
Sam-I-am” 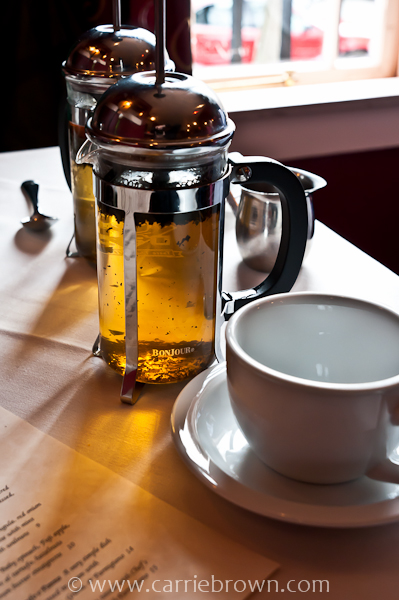 And then, since Jeanne was full and I wasn’t, Jeanne went to buy fancy sausages in the Red Apple Market to whip up into some wonder meal later on & I toddled off down to La Cote Creperie for crepes.  My reasoning was two-fold.

2. I missed Pancake Day.  On Tuesdays, which Shrove Tuesday is always on – funny, that – my schedule doesn’t get me home until 9 pm, and, that is {WAY} too late to be starting to make pancakes.  Of course, being British, by pancake I am referring to what Americans call crepes.  I love crepes, as can be evidenced by my recent crepe-fest around Seattle & Southern California.  I especially love crepes simply covered with fresh lemon juice & sugar.  I have no doubt that this stems from my childhood.  We only ate pancakes (crepes) once a year.  On Shrove Tuesday.  I excitedly looked forward to that day all year long.  It was special, different, fascinating.  My Mother made wonderful crepes – translucent, golden-brown doilies of batter – sprinkled with fresh lemon juice & granulated sugar before being loosely rolled up like thin, fragile Swiss rolls.  Since she could only make one at a time, my brother & I took turns watching her casually flip them in the pan before cooking the other side.  Then, as soon as it was drenched in juice and sugar and rolled onto a plate, we’d scarf it down & wait for the next magical circle to be formed in the pan.  I have loved crepes ever since.  Every Shrove Tuesday I miss that one day a year when my Mother made crepes.

I cosied up in the corner at La Cote with a pot of peppermint tea & Seattle Met magazine.  They brought me La Citronnée – goddess of crepes, replacing their usual powdered sugar with granulated.  It was perfect.  So I had two.  The second one was perfect.  And honestly, I could have sat there for another 40 minutes, or even longer, and had at least 3 more.  But that seemed somehow rather greedy, although as children we would easily down 4 or 5 or, in fact, as many as our Mother would make for us.  Back then, of course, calories and carbs meant nothing to a small, gangly child with a waist small enough to get your hands around.  Things have changed somewhat since then, although my love for crepes continues.  Between you and me, I don’t think I’ll be waiting for Shrove Tuesday to roll around before I have crepes again.  When I was a child I got to eat lots at one go, now I get to eat a few, but often.  I think I prefer the adult version.

I had one other thing I wanted to tell you today.  Spring!  It’s just around the corner!

1 comment
« In A Retro, Tatty kind of Way
Staring Keenly At His Oysters »