A couple weeks back I had the best Corned Beef Hash ever at Skillet Diner.  Today I had a fellow photog in town for a shoot & we totally needed a bad a** breakfast to get us through what was going to be a long old day.  It had to be Skillet Diner.  Bad a** breakfast served up by the bad a** Brandon – sassiest server in Seattle. 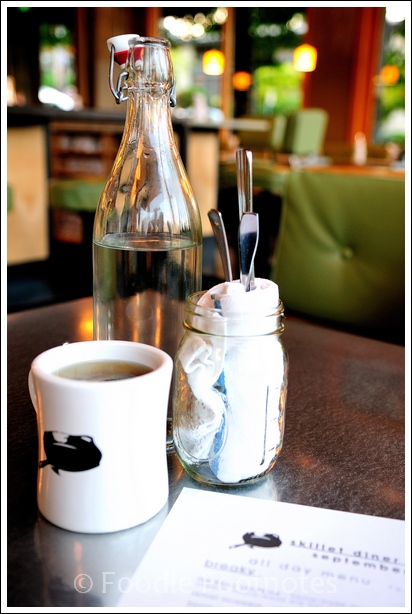 Much as I was lusting after another bowlful of that passion-inducing Corned Beef Hash, I restrained myself in the name of giving you lovely readers something new to whet your appetites, and went for the Lamby Joe’s Scramble. 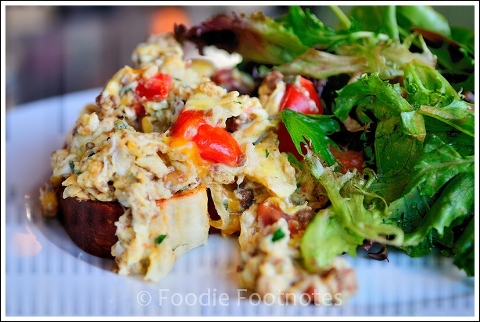 Lamb, heirloom tomatoes, fresh herbs all on a piece of toasted brioche, dished up with a gorgeous green salad & balsamic dressing – $9 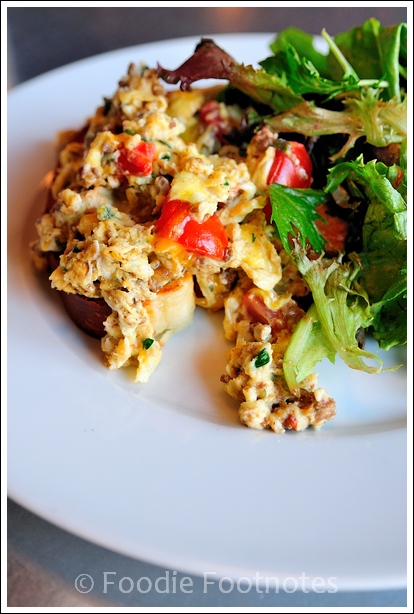 The brioche was exactly as brioche should be: puffy, light, buttery, ridiculously tender crumb – a cross between a {good} croissant & bread.  The scramble almost immediately rivalled my #1 scramble at Lola.  The balsamic dressing was divine. 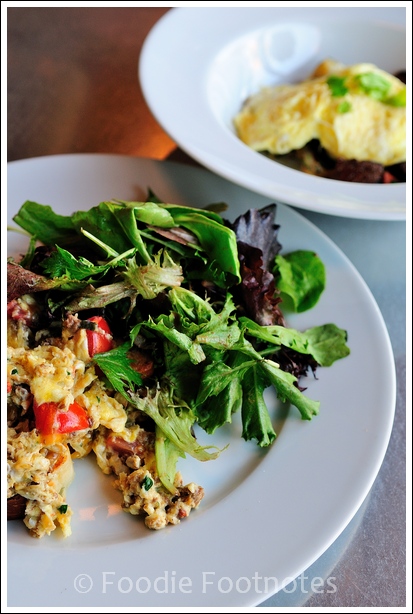 My fellow photog really had no choice but to go with the Corned Beef Hash, given my endless eye-rolling sighs of delight about the same. 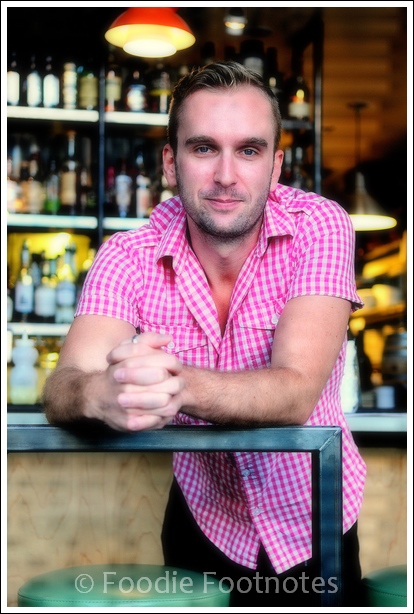 And then there was Brandon…who interjected his inimitable bad a** sass & style into the proceedings.  He’s destined for fame & greatness, that guy.  Selfishly I hope he serves at Skillet for as long as I keep going there, but something tells me he’ll be swooped up to do something big in the not too distant future.  Even if the food at Skillet wasn’t fantastic, Brandon makes the whole experience worth returning for.  If you’re in the mood for a whole lot of personality with a hint of charm, go hang out down at Skillet with Brandon. 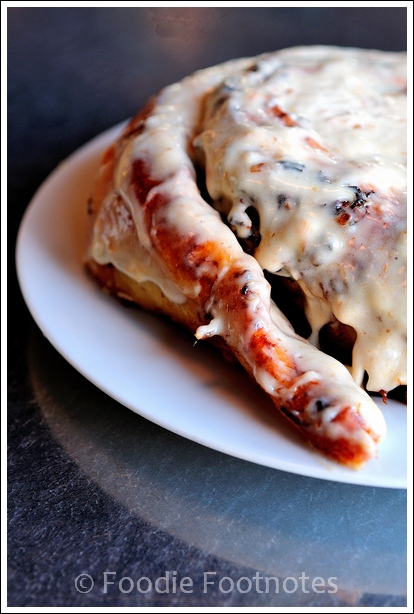 Then, after the scramble & hash plates were scraped clean, and with just a little room for a little something more, enter the Bacon Jam Cinnamon Roll – $7 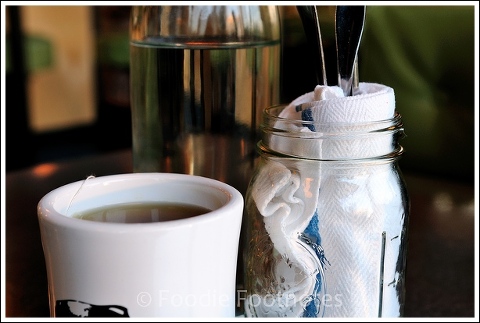 I needed that cup of peppermint tea to wash that bad a** puppy down. 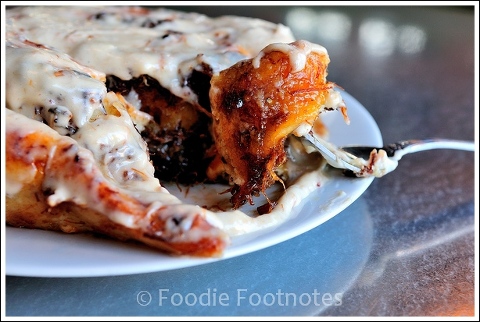 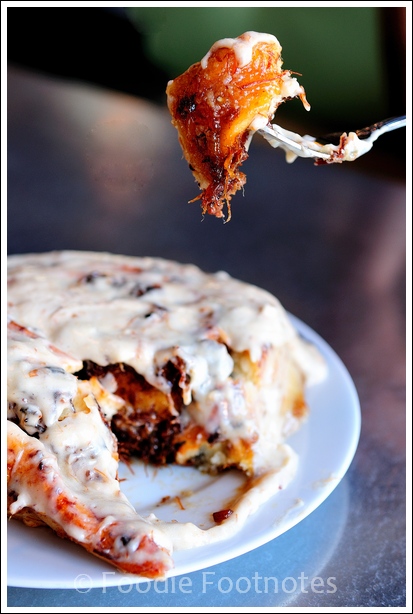 What is Bacon Jam?  So says Skillet’s website:  “Well, we take a big bunch of really, really good bacon and render it down…add a bunch of spices, onions, etc. and let it simmer for about 6 hours, give it a quick puree, blast chill it…take a left turn, and end up in pure bacon heaven.” 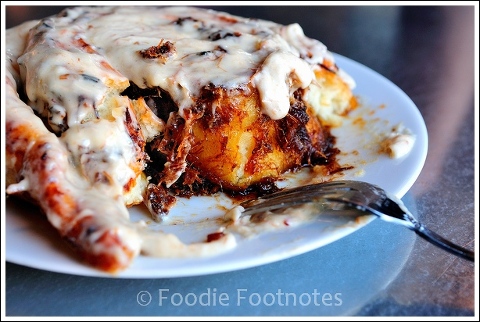 Two hungry photogs with a full day of shooting ahead & we couldn’t finish that thing between us.  You know you have to try one. 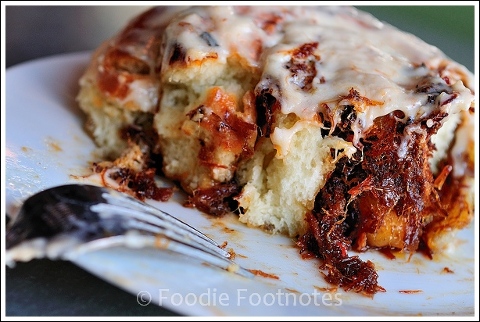 This thing should be on eveyone’s Bucket List.  Don’t pop your clogs before you’ve had one of these in your mouth. 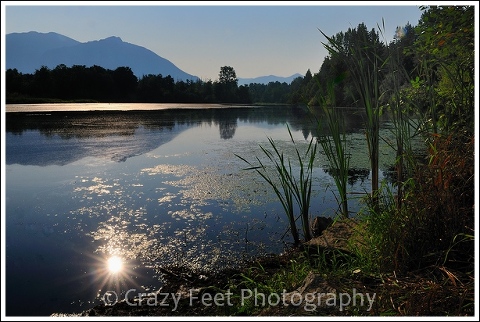 It was still early when we headed out into the glorious Seattle sunshine, so we took a few minutes to take some deep breaths near Mount Si & the mill pond before our crazy shooting day began.  Man, I *love* living in Seattle.  There is no other place I’d rather be.

As for you, Skillet, you did it again.  That was one bad a** breakfast.

0 comments
« It Never, Ever Gets Old
The Big Blog Dilemma »