Deeply, and in key

I simply couldn’t just go back home after my Dutch Baby Big Breakfast Adventure.  Or was it my Big Dutch Baby Breakfast Adventure?  Anywho…it simply wouldn’t have been right to have just legged it off back to the foothills.  So I zoomed over the 520 bridge, careered down the I-5, dashed over the West Seattle bridge & veered right to head up Harbor Avenue.  Destination: Alki Beach.  Well, if I couldn’t go on the ferry over to the Olympics I wanted to get as close as possible just to look at them.

Seattle, I love you.  Deeply. 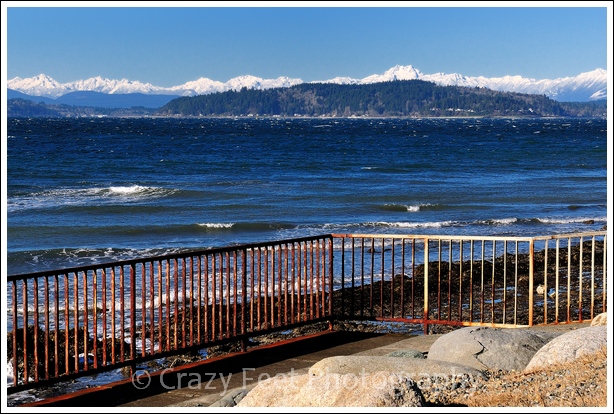 Olympic Mountains, you make my heart sing.  Loudly.  And in key.

Having made it over to the very, very edge of West Seattle, breathed in the fresh sea air, listened to my heart sing & pondered how anything could possibly be so awe-inspiring, I realized it would be entirely amiss of me to cross back over the bridge without swinging by Bakery Nouveau first, since it is, after all, in West Seattle.  My first trip was last June.  It didn’t go so well.  And I was truly disappointed about that.  I also vowed that I would return to Bakery Nouveau to see if they really were a fantastic French patisserie & I had just picked the wrong croissant on the wrong day, 8 months back.

There was a {long} line snaking out the door & down the street.  I went to the bank.  When I came back there was a long line – it just didn’t snake out the door.  I joined the throng.  Their serving system is just weird.  I think the problem is that they can bag & box a lot faster than they can process the bill.  So you end up with 12 people ahead of you who all have their goodies but still have to pay.  And that line stands in front of the display cabinets.  So, having seen barely a tenth of the items on display the server demands to know what I want.  Miss, I have no clue, I don’t even know what you’ve got on offer.

I wasn’t as impressed with the presentation of the goodies in the display cases as I was last time I had stood in this line.  I would go so far as to say that some of them were rather sloppy-looking.    Bakery Nouveau – I really want to love you, but you’re not making it easy. 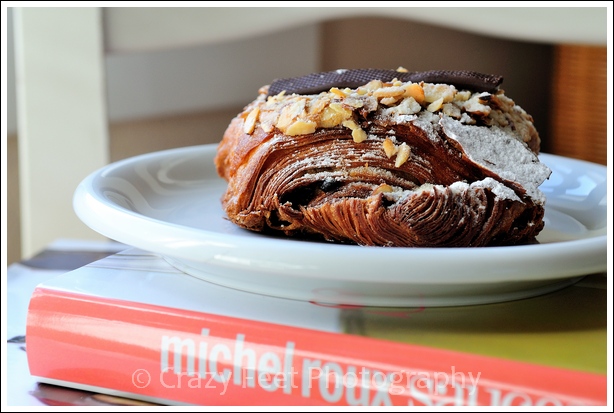 Having been disappointed with the Almond Croissant (which people rave about) last trip, I went with the Twice Baked Chocolate Croissant this time.  Plus there were these {very} delicious looking Butterscotch Hazelnut Scones.  Yes!  I’ll have one of those, please. 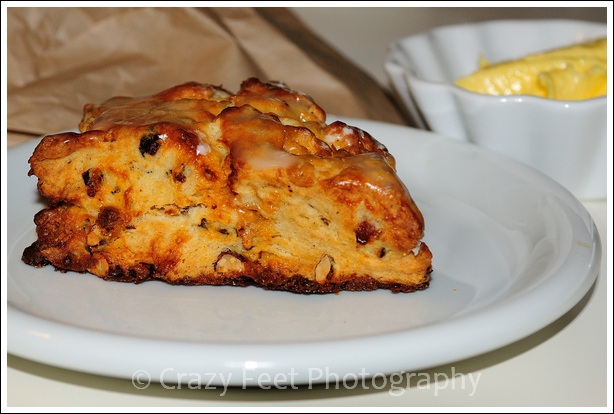 It was just a little too chilly to sit out on the sidewalk at one of the little cafe tables plus I was still digesting the breakfast of  wall insulation that I had consumed earlier so I took my goodies in a box and ran.  It was {much} later in the day when I finally felt ready to attempt to introduce food to my stomach again.

The Twice Baked Chocolate Croissant is a solid little sucker.  Heavy & pretty hard, but once you get the first bite over with it’s a lot more tender that you might think.  And, I have to say, it was quite yummy.  Indeed, very yummy.  But there’s a caveat: technically, it really isn’t a great croissant.  It just doesn’t have the right texture & is nowhere near messy enough or light enough.  Just to be really picky for a moment…that chocolate baton laid across the top = weird.

It was a very nice treat for a late Saturday afternoon and I’d buy another one & enjoy eating it, I just wouldn’t drive out of my way to get one. 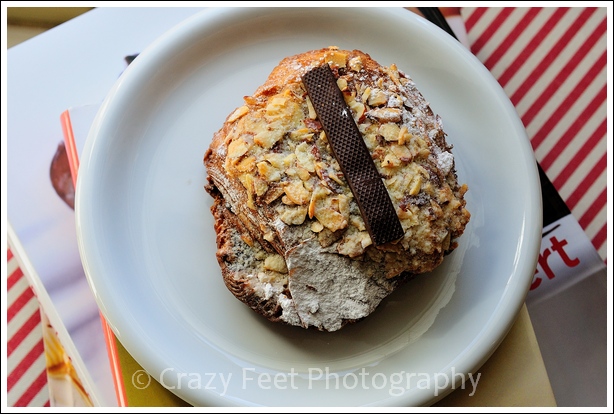 After another couple of hours I tackled the Butterscotch Hazelnut Scone.  It was a very nice scone.  I did have to slather it in {real} butter – being too dry to eat on it’s own – but I am learning that that is just how scones roll in America.  Unless you have the Cheddar Chive Scone at Honore Bakery.  Then no butter required.

The butterscotch glaze totally made this scone, but I was disappointed in the whole hazelnut part of the name.  Had I had my eyes closed I would never have picked hazelnut as the flavor, which is sad because hazelnuts rock.  Especially when they’re toasted well.  Yes, I have a bit of a thing for hazelnuts.   I am even thinking of driving up to Holmquist Hazelnuts, just south of the Canadian border.  I hear they grow amazing hazelnuts.  Right here in Washington State.  Who knew? 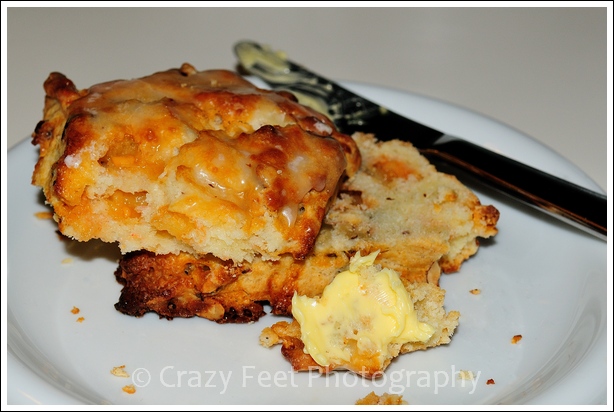 It was a nice little snack for a Saturday evening and I’d buy another one & enjoy eating it, I just wouldn’t drive out of my way to get one.

Locals clearly still love Bakery Nouveau, but I still say that there’s a reason that they didn’t make it into the 55 Best Breakfasts in Seattle.